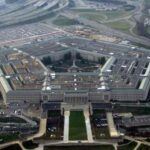 12 Mar 2021 – The Biggest Threat to US Security Is Here at Home: The Pentagon – Someone needs to say this, and it looks like it’s gotta be me: China and Russia are not our enemies. 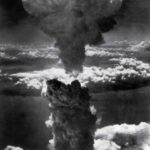 1 Aug 2020 – Unsung Heroes of Los Alamos – As we look back at the grim 75th anniversary of those three first nuclear bombs exploded by the US, we should admit a debt of gratitude to those spies at Los Alamos who kept the US from committing an atrocity that humanity would have never forgiven, and for giving us this amazing three-quarters of a century of no nuclear or world war. 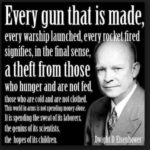 Time to Call out US Militarism for What It Is: The Key Threat to America’s Security
Dave Lindorff | This Can't Be Happening! – Nation of Change, 15 Jan 2018

The evidence clearly shows that national security is far better achieved by intelligent diplomacy than by war. 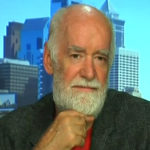 12 Jan 2018 – The Shit’s Everywhere – Donald Trump referred to countries of Africa and the long-suffering island of Haiti as “shitholes.” The truth is that yesterday’s “shithole countries” often become today’s modern success stories. Norway is a case in point.

10 Mar 2017 – The so-called Deep State and Democratic Party campaign to demonize Russia for allegedly “hacking the US election,” and delivering the country into the hands of Donald Trump suffered a huge and probably mortal blow this week with the release by WikiLeaks of over 7000 secret CIA documents disclosing secret CIA hacking technologies.

There is one difference between China, the police state I lived in and reported on back in the 1990s, and the US police state of today. In China, everyone knows they are living in a totalitarian society. As it is, I no longer recognize the country I grew up in and in which I began my journalism career.

Had the US attacked, primarily with a two- or three-day barrage of Tomahawk missiles, many of those rockets would likely have carried warheads containing BLU-97 cluster munitions, according to the United States Campaign to Ban Cluster Munitions — cluster bombs that would have assuredly killed or maimed many Syrian children.

Just wondering…
I hate to do this, but I feel obligated to share, as the story unfolds, my creeping concern that the writer Naomi Wolf is not whom she purports to be, and that her motive in writing an article on her public Facebook page speculating about whether National Security Agency leaker Edward Snowden might actually be still working for the NSA, could be to support the government’s effort to destroy him.

The choice belongs to Seth Williams, the district attorney of Philadelphia, now that the U.S. Supreme Court has decided, today [11 Oct 2011], on its second time around dealing with the issue, not to overturn the decision of a three-judge panel of the Third Circuit Court of Appeals, which had, on orders of the Supreme Court, reheard, reconsidered and reaffirmed its earlier decision upholding the tossing out of Abu-Jamal’s death sentence by a lower federal district court.

President Obama’s criminal launch of an undeclared and Congressionally unauthorized war against Libya may be compounded by the crime of spreading toxic uranium oxide in populated areas of that country.

The Idiocy and Hubris of Engineers: Will GE Get Whacked for the Catastrophic Failure of its Nuke Plants in Fukushima?
Dave Lindorff - This Can’t Be Happening, 21 Mar 2011

GE, the company that boasts that it “brings good things to life,” was the designer of the nuclear plants that are blowing up like hot popcorn kernels at the Fukushima Dai-ichi generating plant north of Tokyo that was hit by the double-whammy of a 9.0 earthquake and a huge tsunami.

The three-decades-long murder case of Philadelphia journalist Mumia Abu-Jamal, who has sat in solitary in a cramped cell on Pennsylvania’s death row for 28 years fighting his conviction and a concerted campaign by the national police union, the Fraternal Order of Police, to execute him, was back in court Tuesday, with a three-judge federal Appeals Court panel reconsidering its 2008 decision backing the vacating of his death sentence, on orders of the US Supreme Court.

The apparent mass murder of Afghan schoolchildren, including one as young as 11, by U.S.-led troops, was virtually blacked out in the American media.The Taliban suicide attack that killed a group of CIA agents in Afghanistan was big news in the U.S. over the past week. The attack took place on a base that was […]

The horrors of the US Agent Orange defoliation campaign in Vietnam, about which I wrote on Oct. 15, could ultimately be dwarfed by the horrors caused by the depleted uranium weapons which the US began using in the 1991 Gulf War (300 tons), and which it has used much more extensively–and in more urban, populated […]