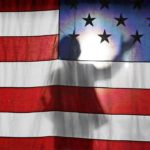 How to Think about Breaking Up Big Tech
David Dayen – The Intercept, 8 Apr 2019

1 Apr 2019 – Sen. Elizabeth Warren’s plan to break up tech giants Amazon, Google, Facebook, and Apple has given concentrated corporate power its most prominent political platform since the 1912 presidential election. Whether such policy boldness means anything in a brand-obsessed political landscape will be determined when ballots are cast.

28 Sep 2017 – The PREPA Bondholder Group offered $1 billion in new loans and a swap of $1 billion in existing bonds for another $850 million bond. Despite growing calls for debt relief, no bondholder has said they would supply it in the days following the storm, nor have creditor lawsuits been withdrawn.

How Pharmacy Benefit Managers Morphed from Processors to Predators – Under fire for their many drug-pricing scandals, from Martin Shkreli to Valeant, the pharmaceutical industry has tried to deflect blame by citing PBMs .

A new study shows that nearly all patient advocacy groups are captured by the drug industry. Drug companies don’t only fund them, but also doctors, medical journals, university research, hospitals, and politicians.

The Big Problem with the Trans-Pacific Partnership’s Super Court That We’re Not Talking About
David Dayen – The Huffington Post, 5 Sep 2016

Financiers will use it to bet on lawsuits, while taxpayers foot the bill.

Case in point: the World Trade Organization (WTO) on Friday [20 Nov] ruled that dolphin-safe tuna labeling rules — required by U.S. law, in an effort to protect intelligent mammals from slaughter — violate the rights of Mexican fishers. As a result, the U.S. will have to either alter the law or face sanctions from Mexico.

Article 11.2 of the agreement confirms that financial services providers are covered under the minimum standard of treatment obligation. This means that almost any change in financial regulations affecting future profits could be challenged in an extra-judicial tribunal, even if they equally applied to foreign and domestic firms and even if they were enacted in response to a crisis.

Ignore all the noise about the “big” fraud settlement JPMorgan supposedly just signed. Here’s why it’s one big zero.