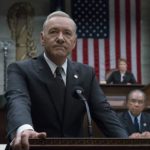 19 Jul 2019 – Cape and Islands District Attorney announced that his office was dropping its sexual assault case against prominent actor Kevin Spacey. The prosecution had little choice in the matter since the accuser in the case, William Little, refused to testify 10 days ago. Little, after consulting with his family and legal counsel, pleaded the Fifth Amendment against self-incrimination, essentially bringing the pretrial hearing and the entire case to a halt.

‘Good Kill’ opens in theaters in the US on May 15 [2015]. A roundtable interview with writer-director Andrew Niccol and actor Ethan Hawke. Drone strikes carried out by the US military and CIA have killed thousands of civilians in Afghanistan, Pakistan, Yemen, Somalia and other countries. The barbaric strikes are illegal under international and US law and amount to war crimes.

That unprincipled, greedy men and women are largely to blame for a good deal of the world’s problems and that they ought to and can be exposed by crusading individuals is a conception that seems to guide, semi-consciously or otherwise, a number of the current films on the subject of Wall Street and related issues.

On July 14 [2012], the New York Times published an article by national security reporter Scott Shane entitled “The Moral Case for Drones.” At first glance, one might have thought that the headline was intended as a Swiftian satire. But no satire was intended. Quite the opposite: the piece seeks to justify the assassination program run out of the Obama White House, which has resulted in hundreds of deaths of civilians in Pakistan, Afghanistan, Yemen and elsewhere.