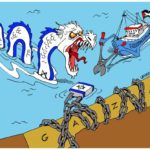 Statement 4 Aug 2018 – At 20:06 (CEST) we lost contact with the yacht Freedom, sailing under a Swedish flag. We have reason to presume that the Israeli Occupation Forces has now begun to attack it and that it has been surrounded in International Waters. The latest reported position was approximately 40 nautical miles from the coast of Gaza. 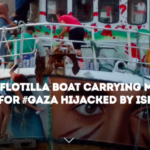 29 July, 2018 – The motor vessel Al Awda (The Return) is sailing under a Norwegian flag carrying 22 passengers and crew from 16 nations including human rights supporters and journalists along with €13,000 worth of urgently needed medical supplies. The boat itself is a gift to Palestinian fishers in Gaza. Al Awda is being followed by the Swedish-flagged yacht Freedom, which is also carrying medical supplies and people from a number of nations. Please read on for last weekend’s developments.