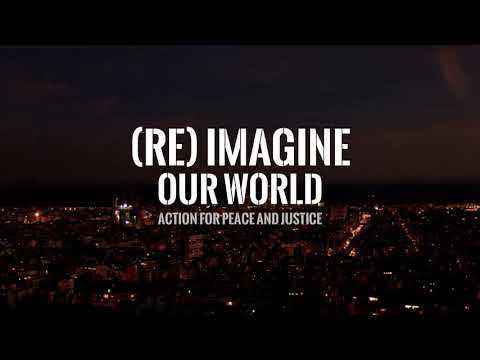 27 Apr 2021 – Our campaign has prepared this infographic, which intends to make visible the opportunity cost of global military expenditures (1.98 trillion $). It illustrates current levels of military spending, also divided in shares, and compares them with the cost of human security-oriented programmes. 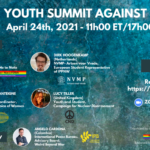 The International Peace Bureau Would Like to Introduce the First Youth Summit against NATO – Webinar, Sat 24 Apr 2021, 5 to 7pm

Dear IPB Family and Friends, on 22 Jan 2021 the world will celebrate the entry into force of the Treaty on the Prohibition of Nuclear Weapons, supported by over 120 states at the UN in July 2017. On this historic day, we call on our friends and all peace lovers to celebrate this historical step, and deliver this great news with noise and fun in your countries all across the globe, as the road to a world free of nuclear weapons is now wide open! 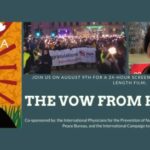 Statement on the 75th Anniversary of the Bombings of Hiroshima and Nagasaki
International Peace Bureau | Pressenza - TRANSCEND Media Service, 3 Aug 2020

In just two days, the two primitive atomic bombs dropped over Japan killed a quarter of a million women, children and men. Yet from the atomic ruins, an unwavering resolve has survived to bear witness to the personal human tragedy. For 75 years, the Hibakusha have spoken out as the voice of experience and hope for the urgent imperative of eliminating all nuclear weapons. 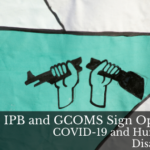 7 Jul 2020 -The IPB and GCOMS have signed the following open letter arguing that humanitarian disarmament can lead the way to an improved post-pandemic world and calls on states, international organizations, and civil society to follow its lead to create a “new normal.” It is open for signature by civil society organizations. 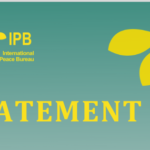 27 Apr 2020 – With the release of SIPRI’s newest report, showing global military spending in 2019 at a new high of US$1,917 billion, the International Peace Bureau is calling for an end to the military spending pandemic, starting with an annual reduction of military expenditure of 10% and a complete ban on nuclear weapons.

The International Peace Bureau is delighted to announce its decision to award the annual Sean MacBride Peace Prize to two island communities that, in different circumstances, show proof of a profound commitment to peace and social justice: Lampedusa (Italy) and Gangjeon Village, Jeju Island (S. Korea). It will be formally awarded on Oct 23, 2015 in Padova, Italy.

Photography and Essay Competitions – £100 prize for the winners. Write an essay answering the following question: WHAT CAN BE DONE TO ABOLISH WAR? Or: Take an original photograph that interprets the question: WHAT DOES PEACE MEAN TO YOU?

The International Peace Bureau is delighted to announce that this year’s Sean MacBride Peace Prize is to be awarded to Bradley Manning, the US whistleblower whose case has attracted worldwide attention, for his courageous actions in revealing information about US war crimes.

The European Union, announced by the Norwegian Nobel Committee as the winner of the peace prize for 2012, clearly is not one of “the champions of peace” Alfred Nobel had in mind and described in his will as “the person who (Swedish original: “Den som…”) shall have done the most or the best work for fraternity between nations, for the abolition or reduction of standing armies and for the holding and promotion of peace congresses.”

The IPB finds the award of the 2012 Nobel Peace Prize to the European Union surprising in that it awards a prize not to a head of state but to an entire bloc of states, thus making it difficult to identify the real recipient. Is the EU really a ‘champion of peace’, as Nobel conceived it? Or is it a club of states with many contradictory impulses and interests?

A new historical era opened three months ago with the popular uprisings in Tunisia and then Egypt, the first of the ‘Arab spring’ season. These rebellions brought hope to millions and youthful energy to societies suffering decades of repression, injustice, inequality, especially gender inequality, and increasing economic hardship. The Libyan revolt was inspired by these largely nonviolent victories, but, as the world has witnessed with dismay, has rapidly become militarized and is now embroiled in a full-scale civil war.