6 Oct 2021 – ‘We have cut our grocery expenditures and are trying to consume as little as possible.’ Hunger is rising in Taliban-controlled Afghanistan, and the clearest sign may be who’s now struggling to afford food: the educated, urban, and middle-class. 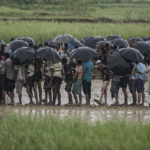 How a Legal Challenge on Rohingya Deportation Could Redefine the Bounds of International Justice
Irwin Loy – IRIN News, 20 Jun 2018

13 Jun 2018 – It’s a simple-sounding question with far-reaching ramifications: does the International Criminal Court have the mandate to investigate the alleged deportation of Rohingya civilians from Myanmar into Bangladesh? “It’s an incredibly compelling case given the scale of the atrocities that have occurred.” 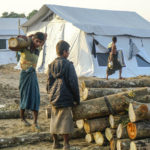 Myanmar has bulldozed entire Rohingya villages to make way for a massive camp at the centre of a stalled plan to house returning refugees, an analysis of new satellite imagery shows.

Eighteen-year-old Phongsavath Manithong rubbed his eyes with the back of his arms as he described how his life changed forever. He was not even born yet when U.S. military pilots dropped millions of tiny explosives onto Laos. But almost four decades after war ended for this South-east Asian nation, it is people like him who still suffer.