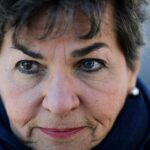 24 Feb 2020 – In a book out tomorrow, the woman who led the negotiations for the Paris Agreement calls for civil disobedience to force institutions to respond to the climate crisis.

Thursday [30 Apr 2015] night, the famed nuclear critic Arnie Gundersen had the inside scoop: Tesla Motors announced an industrial-scale battery that would cost about 2¢ per kilowatt hour, putting the final nail in the coffin of nuclear power. Solar power costs six to seven cents, he said, and wind costs four or five cents. Add 2¢ for the cost of a utility-scale Tesla battery, and renewables with reliable storage are still at half the price of new nuclear power.