1 May 2015 – It would be almost three hours until Tesla’s big announcement, but inside a Northwestern University classroom near Chicago Thursday [30 Apr 2015] night, the famed nuclear critic Arnie Gundersen had the inside scoop:

Tesla Motors TSLA -1.03% CEO Elon Musk was about to announce an industrial-scale battery, Gundersen said, that would cost about 2¢ per kilowatt hour to use, putting the final nail in the coffin of nuclear power.

Thus Tesla’s big news broke first not amongst the throng of reporters gathered under swirling colored lights at the carmaker’s Los Angeles press conference, but in the middle of a debate on the future of nuclear power sponsored by students agitating for a “Fossil Free NU.” It was Gundersen vs. Jordi Roglans-Ribas, the director of the Nuclear Engineering Division of Argonne National Laboratory.

Roglans-Ribas had just finished arguing that any future free of fossil fuels would need nuclear power, which provides carbon-free energy 24 hours a day, supplying the reliability lacking in renewables like solar and wind.

“We all know that the wind doesn’t blow consistently and the sun doesn’t shine every day,” he said, “but the nuclear industry would have you believe that humankind is smart enough to develop techniques to store nuclear waste for a quarter of a million years, but at the same time human kind is so dumb we can’t figure out a way to store solar electricity overnight. To me that doesn’t make sense.”

Then Gundersen told the audience of about 80 students and visitors that it was a momentous day in history—because of something that was about to happen in California. He evoked Elon Musk, the founder of PayPal , chairman of SpaceX and SolarCity SCTY +1.36%, and the product architect for Tesla Motors:

“At about ten ‘o’clock tonight he’s going to hold a press conference and he’s going to announce that he’s going to build industrial scale storage batteries. While the announcement is still two hours away, it appears that they’ll be able to produce these large batteries for about 2¢ per kilowatt hour. That’s an enormous breakthrough,” Gundersen said.

“So the nuclear argument that they’re the only 24-7 source is off the table now because Elon Musk has convinced me that industrial scale storage is in fact possible, and it’s here.”

And a few hours later Musk announced the launch of Tesla Energy, ”a suite of batteries for homes, businesses, and utilities fostering a clean energy ecosystem and helping wean the world off fossil fuels.” Many had anticipated the batteries—but not the price.

Tesla will sell the home battery, the Tesla Powerwall, for $3,500, a fraction of the $13,000 price observers had expected, and perhaps more importantly, a fraction of the cost of the $10,000 battery announced earlier this week by European competitors Sungevity and Sonnenbatterie.

Musk did not describe the cost of the utility-scale battery, but the prospect of a cheap new battery powered  Gundersen’s economic argument as he collegially set out to demolish the nuclear claim:

The UK government just signed an agreement guaranteeing a price of 16 cents per kilowatt hour for power generated by a reactor proposed for Hinkley Point, on the coast at Somerset, England. That fresh contract represents an example, Gundersen argued, of the market price of new nuclear power.

Solar power costs six to seven cents, he said, and wind costs four or five cents.  Add 2¢ for the cost of a utility-scale Tesla battery, and renewables with reliable storage are still at half the price of new nuclear power.

“Here in Illinois you know it’s true because Exelon EXC -1.7% is threatening to close five nuclear plants because they can’t compete with wind anymore.”

The real cost of various sources of energy is a topic of debate. Last year the U.S. Dept of Energy said the cost of wind power had reached a new low of 2.5 cents per kilowatt hour (pdf). The cost of solar is typically pegged much higher, but the UN Energy Information Agency estimates solar is on a path to a cost of about 4 cents per kilowatt hour in coming decades. [Lazard has utility-scale solar at 6 cents in 2017.]

Gundersen is a former nuclear engineer and executive who lost his job in 1990 after reporting safety violations to his employer. He testifies and campaigns against nuclear power for Fairewinds Energy Education, a non-profit founded by his wife, Maggie Gundersen, also a former nuclear industry employee.

Gundersen’s debate opponent, Roglans-Ribas, did not address the Tesla battery development. He based his argument largely on reliability before Gundersen played that card, and he suggested that reliability alone would not sustain nuclear power—that it would need regulatory help to compete.

“To actually be able to incentivize reliability in the electric grid will be the key,” Roglans-Ribas said. “And that is where nuclear power can play a key role.”

Each kilogram of uranium burned in a reactor saves “thousands or millions of tons of CO2 emissions,” he said, conceding that “renewables can do the same thing.” But if the U.S. depends entirely on renewables, he predicted, a point will come when the supply cannot meet the demand.

“The solution to moving way from fossil fuels, moving away from greenhouse gas emissions, the solution is a mix that includes nuclear and includes also renewables and also other sources, including for example gas turbines that provide peaking power,” Roglans-Ribas concluded.

“The operative word in this discussion tonight is now. What are we going to do now to reduce the amount of carbon dioxide going into the atmosphere?”  he said. “These things can be implemented immediately. We know how to insulate a building. We know how to put double and triple-pane windows in them. We know how to build windmills and put solar cells up. These are immediate things. We don’t have to invest $50 trillion and wait 15 years for that to come to fruition. 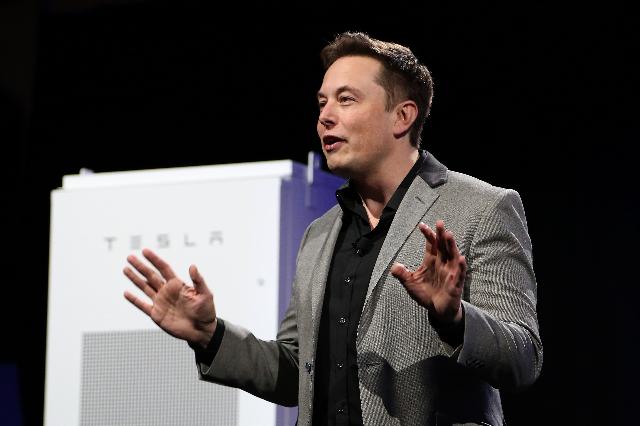 Jeff McMahon – I have covered the energy and environment beat since 1985, when I discovered my college was discarding radioactive waste in a dumpster. That story ran in the Arizona Republic, and I have chased electrons and pollutants ever since, for dailies in Arizona and California, for alternative weeklies including New Times and Newcity, for online innovators such as True/Slant, The Weather Channel’s Forecast Earth project, and The New York Times Company’s LifeWire syndicate. I’ve wandered far afield—to cover the counterrevolutionary war in Nicaragua, the World Series Earthquake in San Francisco, the UN Climate Change Conference in Copenhagen. For the last several years I have also been teaching journalism and argument at the University of Chicago. Email me here: jeffmcmahon.com/contact-jeff-mcmahon/