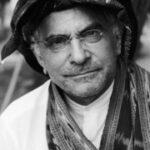 29 Nov 2018 – As I stared at the picture of seven-year-old Amal Hussain dying of hunger I couldn’t contain my anguish, tears flooding my eyes. Some hours earlier I was wining and dining with friends whom I told about my revulsion at the world’s indifference at the Yemen tragedy, at the hypocrites of the West who shamelessly crawl at the feet of the butcher of Saudi Arabia Mohammed Bin Salman.

As Nobel Peace Prize laureates, we call on NBC to cancel this reality TV show that likens military combat to Olympic athletics.