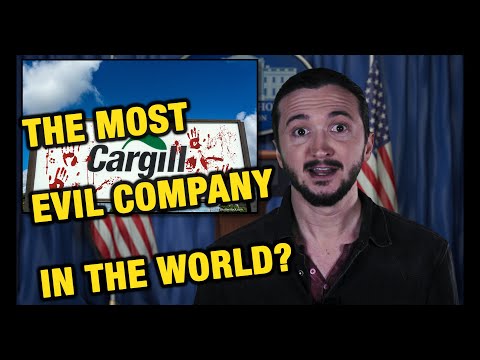 The Truth about Cargill: The Most Evil Company
Lee Camp | Behind the Headlines - TRANSCEND Media Service, 7 Nov 2022

2 Nov 2022 – The agricultural conglomerate, Cargill Inc., is the largest privately-held corporation in the U.S. by a large margin, and the current price increases in the food market are driving their profits higher. Camp exposes their corrupt practices that are leading to such high returns. 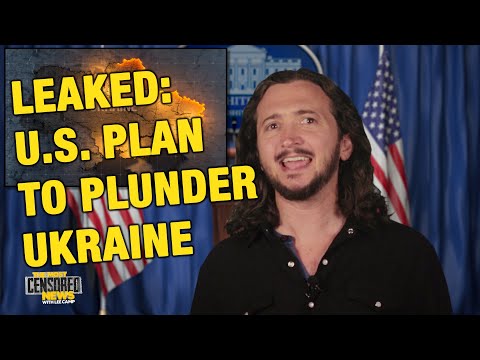 8 Sep 2022 – Lee Camp has evidence that the most powerful people in the world have been planning to plunder the Ukrainian economy since at least 2017. The West’s favorite form of diplomacy is to use conditional loans to dismantle struggling governments and sell their assets to the rich. 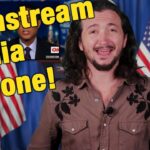 15 Aug 2022 – Gone are the days when the CIA secretly infiltrated American newsrooms, craftily tricking people into believing U.S. government propaganda was the real news. Putting the CIA in every newsroom was a clandestine project called Operation Mockingbird, and it paid mighty dividends. 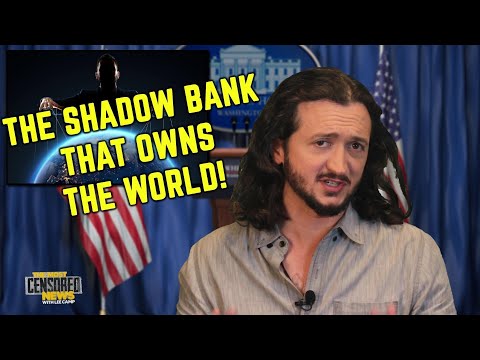 The Shadow Bank That Owns the World
Lee Camp | Behind The Headlines - TRANSCEND Media Service, 1 Aug 2022

28 Jul 2022 – Behind The Headlines in partnership with MintPress News is proud to release the first episode in our new series: The Most Censored News with Lee Camp. Today Lee takes on one of the more important questions in modern times — Who owns the world?

The CIA Has Been Taking Over for Decades—Even Former Presidents Tried to Warn Us
Lee Camp | ScheerPost – TRANSCEND Media Service, 3 May 2021

26 Apr 2021 – For generations the Intelligence Community has been a runaway truck–crushing everything in its path, creating coups around the world, killing thousands, and intruding on the lives of average citizens. Even the president who created the CIA and dropped atomic bombs on people, even THAT guy felt the CIA was a grave danger just after he saw a president get whacked live on prime time in Houston. I wonder why.

12 Oct 2020 – Most Americans don’t know reality. They know their personal reality, which is detached from the real one. Shhhh, don’t tell them about the Blue Leaks and the Syria PR Leaks. The mainstream media’s virtual blackout must mean they aren’t supposed to know. 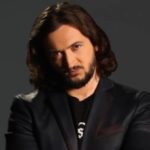 23 Sep 2020 – The completely fair super awesome trial of Julian Assange is a beautiful blend of the works of Kafka, Stalin and Joseph Heller. The next time you see a mainstream-media talking-head fawn over Woodward, just remember that if they had any backbone, any moral core, they would be fawning over Assange instead. 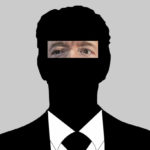 3 Oct 2018 – We all know the Lex Luthor-looking head of Amazon is the richest human in the world. Did you notice I said Bezos “achieved” a net worth of $150 billion, and that seems like a normal way to phrase it? However, would you say, “Jeffrey Dahmer achieved eating the hearts of 10 different people?” No, that would sound odd to you. Yet having $150 billion is nearly as sociopathic, and still we use terminology as if it’s GREAT! 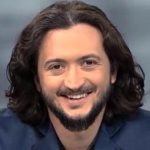 USA’s Military Drops a Bomb Every 12 Minutes and No One Is Talking about It
Lee Camp | DWF News – TRANSCEND Media Service, 23 Jul 2018

20 Jul 2018 – And that’s odd, because we’re technically at war with—let me think—zero countries. So that should mean zero bombs are being dropped, right? Hell no! You’ve made the common mistake of confusing our world with some sort of rational, cogent world in which our military-industrial complex is under control.