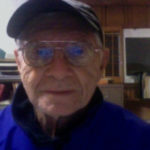 29 May 2022 – The conflict centering in Ukraine has continued for an extended time. The two grandest nuclear super-powers are in conflict. The model is one of increasing escalation. The dangers involved in this case merit a stepping back to trying an alternative conciliatory model.

17 Dec 2020 – Many of the democratic voters who helped sweep Biden into office are concerned with what will happen during his tenure. The concerns break down into whether Biden who has long been a player in policies that have contributed to inequality, favored a corporate and banking sector and engaged in costly militarism will be significantly changed. 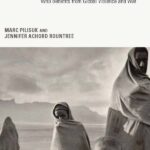 In this detailed and expansive book, the authors demonstrate that widespread violence is in fact an expression of the underlying social order, and whether it is carried out by military forces or by patterns of investment, the aim is to strengthen that order for the benefit of the powerful.

10 Jun 2020 – So many of my white friends and I are anguished over the injustice of yet another Black man murdered by police. We find ourselves agreeing with Black Lives Matter that the strong and necessary response to the recent killings involves working not only for justice in these individual cases, but also for addressing the systemic racism underlying the repeated injustices. 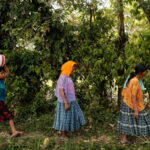 23 Dec 2019 – In its attempt to stem the number of Latin American men, women, and children traveling to the U.S. seeking asylum, the Trump administration has pushed Guatemala and other countries in the region to sign “safe third country” agreements. The U.S. is bound by law to receive asylum seekers and this new agreement is an attempt to avoid this obligation by declaring Guatemala as a safe third country. However, an agreement does not make it so. 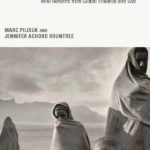 The all-pervasive occurrence of violence makes it seem like an unavoidable, and ultimately incomprehensible, aspect of the human world, particularly in a modern era. But, in this detailed and expansive book, Marc Pilisuk and Jennifer Rountree demonstrate otherwise. Widespread violence, they argue, is in fact an expression of the underlying social order, and whether it is carried out by military forces or by patterns of investment, the aim is to strengthen that order for the benefit of the powerful. 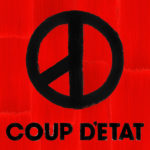 25 Jan 2019 – Several Latin American countries are now named by President Trump, Vice President Pence, and National Security Advisor John Bolton as targets for regime change. The most immediate target, Venezuela, is facing a coup and a likely civil war as President Maduro, two months after his re-election, is being replaced by an arbitrarily selected opponent now being recognized by the US.

Giants – The Global Power Elite by Peter Phillips, New York: Seven Stories Press, 2018 – Phillips notes an under-reported study by Swiss Federal Institute of Technology with a database listing 37 million companies and investors worldwide. They culled 43,060 Transnational Companies, the share ownerships interlocking them, and constructed a model showing which companies controlled others. This subset of 1,318 companies collectively own the majority of shares of the world’s large blue chip and manufacturing firms – the “real” economy – representing 60 per cent of global revenues.

After hurricane Katrina in New Orleans, those who raised the issue of the contribution of global warming were admonished. It was not the right time to talk about global warming, nor was it the right time after the tragedies of flooding in Texas, Florida and Puerto Rico. Or the horrid fires of Northern California… Now is the time to insist to our Congress that the modernization of nuclear weapons be dropped from the national budget. This will buy us some time to resolve other problems and to heal a planet and human community under deep stress.

Threats and provocations can only make things worse. Moves that offer time for dialogue and assurances of safety need to be pushed, since there are no good outcomes to the current conflict. Bluster, sanctions and military actions are totally irrational, not to be played by sane antagonists. This game is now being played. Nuclear reality lies before us.

12 Jun 2017 – Responses to the threat of terrorist attacks have been ineffective in removing these threats. Both military and diplomatic officials acknowledge that a military solution is not possible. This can be a learning moment for international conflict resolution. Before digging more deeply into endless war, an examination of some powerful nonviolent tools provides a clearer and more hopeful path. The fields of international psychology and conflict resolution suggest some effective tools. They are available to governments, NGOs and citizen groups.

Ethical standards in research with human participants typically include informed consent and avoidance of physical or emotional harm. In the field of peace psychology and related social justice research, the standard of “do no harm” may need to be extended. The values of our field include going beyond the standards for integrity in methods and customary protections of human subjects and move into the obligation for our research to make an actual contribution to limit the many forms of violence and injustice that are faced by the human family.

26 Apr 2017 – The US air strikes in Syria last week were conducted without Congressional authorization. As American warships move into the Korean peninsula and the isolated North Korean military regime refuses to be unilaterally defanged, we move closer to an exchange of hostilities. When bombs fly sane precautions disappear. The time to protest war is now.

It is difficult to engage in direct violence against those whom you have met face-to-face, even if they have been identified as enemies. Sprinkling doubt among present ISIS followers and potential recruits may reduce killing while promoting hope. Given the alternative, this is a time to test our beliefs in the power of creative non-violence.

Why is the world’s largest organization of psychologists so aggressively promoting a new, massive, and untested military program? The APA’s enthusiasm for mandatory “resilience training” for all U.S. soldiers is troubling on many counts.