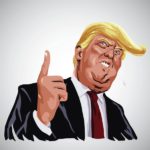 1 Feb 2019 – A must read on US foreign policy: “The end of America’s unchallenged global economic dominance has arrived sooner than expected, thanks to the very same Neocons who gave the world the Iraq, Syria and the dirty wars in Latin America. Where is the left in all this?” 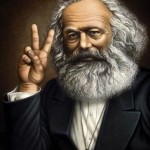 Government by Goldman: Gary Cohn Is Giving Goldman Sachs Everything It Ever Wanted from the Trump Administration
Gary Rivlin and Michael Hudson – The Intercept, 25 Sep 2017

Gary Cohn and Trump’s Wall Street Agenda – “Yet now Cohn’s in charge of the economy and talking about eliminating financial reform and basically putting the country back to where it was in 2005, as if 2008 didn’t happen. I’ve started the countdown clock to the next financial crash, which will make the last one look mild.”

We’re going to be discussing a great Ponzi scheme that defines not only the U.S. but the global economy, how we got there and where we’re going. With economist Michael Hudson, a professor of economics who worked for many years on Wall Street, where you don’t succeed if you don’t grasp Marx’s dictum that capitalism is about exploitation. And he is also, I should mention, the godson of Leon Trotsky.

I’m in Germany now and have heard from Germans that the Greeks are lazy and don’t pay taxes. There is little recognition that what they call “the Greeks” are really the oligarchs. They have gained control of the old coalition Pasok/New Democracy parties, avoided paying taxes, avoided being prosecuted (New Democracy refused to act on the “Lagarde List” of tax evaders with nearly € 50 billion in Swiss bank accounts), orchestrated insider dealings to privatize infrastructure at corrupt prices, and used their banks as vehicles for capital flight and insider lending.

Western support will allow more IMF and European lending to prop the Ukrainian currency so the Ukrainian oligarchs can move their money safely to British and US banks.

Latvia’s Economic Disaster as a Neoliberal Success Story – A Model for Europe and the US?
Jeffrey Sommers and Michael Hudson – TRANSCEND Media Service, 7 Jan 2013

Today’s most highly celebrated anti-labor success story is Latvia, where labor did not fight back, but simply emigrated politely and quietly. Latvia has a two-part tax on wages and social benefits that are near the highest in the world, while real estate taxes are well below US and EU averages. Meanwhile, capital gains are lightly taxed, and the country has become successful as a capital flight and tax avoidance haven for Russians and other post-Soviet kleptocrats that has permitted Latvia to “afford” de-industrialization, depopulation and de-socialization.

The Financial Road to Serfdom: How Bankers use the Debt Crisis to Roll Back the Progressive Era
Prof. Michael Hudson – Global Research, 20 Jun 2011

At issue is sovereignty itself, when it comes to government responsibility for debts. And in this respect the war being waged against Greece by the European Central Bank (ECB) may best be seen as a dress rehearsal not only for the rest of Europe, but for what financial lobbyists would like to bring about in the United States.

“Latvia has become a testing ground for how far living standards can be depressed, how steeply an economy can be taxed while removing public social support in the face of a wealthy kleptocratic class at the top.”

A spectre is haunting Europe: the illusion that Latvia’s financial and fiscal austerity is a model for other countries to emulate. Bankers and the financial press are asking governments from Greece to Ireland and now Spain as well: “Why can’t you be like Latvia and sacrifice your economy to pay the debts that you ran up during the financial bubble?” The answer is, they can’t – without an economic, demographic and political collapse that will only make matters worse.

Why the U.S. Has Launched a New Financial World War — And How the Rest of the World Will Fight Back
Michael Hudson – Counterpunch, 18 Oct 2010

“Who Needs an Army When You Can Obtain the Usual Objectives (Monetary Wealth and Asset Appropriation) Simply by Financial Means?”

Most of the press has described Wednesday’s [29 Sep 2010] European-wide labor demonstrations and strikes across in terms of the familiar exercise by transport workers irritating travelers with work slowdowns, and large throngs letting off steam by setting fires. But the story goes much deeper than merely a reaction against unemployment and economic recession conditions. At issue are proposals to drastically change the laws and structures of how European society will function for the next generation. The neoliberals are fully in control of the bureaucracy, and they are reviving Margaret Thatcher’s slogan, TINA: There Is No Alternative. But there is, of course.

As published in Critique, based on a presentation given at the China Academy of Sciences, School of Marxist Studies in Beijing in November 2009, and at the Left Forum in New York City, March 20, 2010.

Last week the Good Lord evidently realized that not enough people had been reading Hyman Minsky’s explanation of how financial cycles end in Ponzi schemes – the stage in which banks keep the boom going by lending their customers the money to pay interest and thus avoid default. So He sent Bernie Madoff to dominate […]