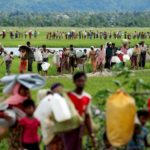 Locked in and Locked out: The Impact of Digital Identity Systems on Rohingya Populations in Myanmar
Natalie Brinham, et al. | Institute on Statelessness and Inclusion/UN Special Rapporteur on Racism - TRANSCEND Media Service, 7 Dec 2020

November 2020 – This paper sheds urgent light on how the digitization of identity stands to worsen the human rights situation for the Rohingya, who the global community has failed time and time again. It also centres Rohingya perspectives on the action necessary to ensure that technological innovation does not become a cover for severe discriminatory exclusion on the basis of ethnicity and religion. 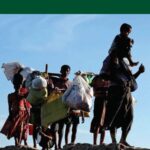 7 Aug 2019 – Rohingya poets featured in an anthology, I am Rohingya, write with an urgency and passion of genocide survivors. They reclaim their experience, their group identity and their agency from the victimhood that has framed their existence for so long.

10 May 2019 – State practices relating to registration and documentation since 1978 have played a significant part in multiple mass state-directed expulsions to Bangladesh . Such practices include the confiscation, destruction, nullification and targeted non-issuance of identity documents. Registration processes have become increasingly repressive, coercive and abusive since the mid-1990s, making survival for Rohingya in Myanmar more and more difficult. This bureaucratic cleansing has produced a steady stream of people out of the country since the 1990s.

21 Oct 2018 – Wary of the past, Rohingya have frustrated the UN’s attempts to provide them with documentation. “These cards make us into foreigners… We are already citizens of this country.” 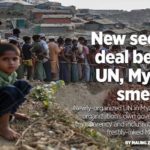 Newly-organized UN in Myanmar has shelved organization’s own governing principles of transparency and inclusivity, as evidenced by freshly-inked MOU with Myanmar. 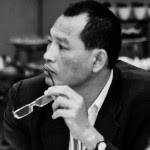 Myanmar’s transition from the military dictatorship to the adoption of a Chinese model of great commercial opening with a calibrated political liberalization has one unintended consequence for the military-controlled-government: ugly things get exposed. All of a sudden, the dark secrets of this predominantly Buddhist nation of 51 million people with diverse ethnic and religious backgrounds are laid bare for all to witness.

14 Nov 2017 – This essay aims to highlight the scope and rhythmic nature of Burma’s persecution of Rohingyas and the devastating impact on the Rohingya population. First, it sets out to describe and help readers understand the evolving pretexts given by the successive Burmese governments and the methods of group destruction and resultant waves — five in total — of the outflow of Rohingyas in large number. Then it attempts to offer an interpretive framework within which this cycle of violence-exodus-lull is best understood.

In 2013 Natalie Birnham met and interviewed a Rohingya survivor, named Jamal, in an above-shop office of a local CBO in Kuala Lumpur. He recounted his journey fleeing from Western Myanmar/Burma to Malaysia.