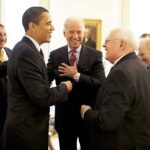 9 Nov 2020 – The critical choices facing Joe Biden as he makes appointments to his foreign policy team. He will take office amid some of the greatest challenges the human race has ever faced—from extreme inequality, debt and poverty caused by neoliberalism, to intractable wars and the existential danger of nuclear war, to the climate crisis, mass extinction and the Covid-19 pandemic. 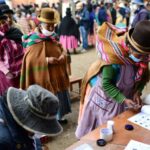 28 Oct 2020 – Less than a year after the United States and the U.S.-backed Organization of American States supported a violent military coup to overthrow the government of Bolivia, the Bolivian people have reelected the Movement for Socialism and restored it to power. 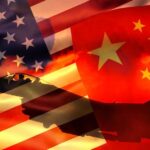 3 Aug 2020 – Governments all over the world are collaborating with China to stop the spread of coronavirus and share the solutions. The U.S. must stop pursuing its counterproductive effort to undermine China as it has initiated each new escalation in U.S.-China relations. And the reason seems obvious: the approaching U.S. election.

In 2008 an international prosecutor accused U.S.-backed Prime Minister Hashim Thaci of Kosovo of using the U.S. bombing campaign to murder people to sell their internal organs. The charges seemed too ghoulish to be true. But on 24 Jun, Thaci, now President of Kosovo, and nine other former leaders of the CIA-backed Kosovo Liberation Army were indicted for these crimes by a special war crimes court at The Hague. 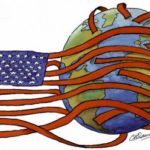 11 Mar 2019 – The world faces many overlapping crises: regional political crises from Kashmir to Venezuela; brutal wars that rage on in Afghanistan, Syria, Yemen, and Somalia; and the existential dangers of nuclear weapons, climate change, and mass extinction. The underlying crisis of legitimacy and authority that makes so many of our problems almost impossible to solve is the conflict between U.S. imperialism and the rule of law. 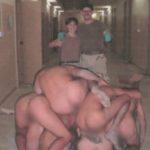 Claiming the right to launch preemptive wars and fighting an ill-defined “global war on terror,” the U.S. government has slaughtered vast numbers of civilians in defiance of international law.

The Center for Civilians in Conflict published the results of interviews with 250 people who joined armed groups in Bosnia, Somalia, Gaza and Libya. One of its main findings was that, “The most common motivation for involvement, described by interviewees in all four case studies, was the protection of self or family.”

When we compare our military spending to that of other countries, we are outspending the next 9 military powers in the world, and we are single-handedly spending more than 180 less militarized countries combined. Clearly it has not enabled the U.S. to win any wars. The only wars we have won since WWII were over tiny Grenada, Panama, Kuwait and Kosovo. Hillary Clinton derided those operations as “splendid little wars” in a speech to the Council on Foreign Relations, as she urged more ambitious uses of U.S. military force.

The war commander, Lt Gen McFarland, now orders air strikes that are expected to kill up to 10 civilians without prior approval from U.S. Central Command, and U.S. officials acknowledge that air strikes are killing more civilians under the new rules. The fundamental contradiction of the militarized “war on terror” is that U.S. aggression and other war crimes only reinforce the narratives of jihadis who see themselves as a bulwark against foreign aggression and neocolonialism in the Muslim world.