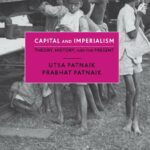 February 2021 – Those who control the world’s commanding economic heights, buttressed by the theories of mainstream economists, presume that capitalism is a self-contained and self-generating system. Nothing could be further from the truth. 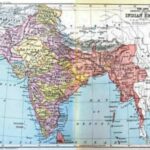 1 Feb 2021 – The Western European powers appropriated economic surplus from their colonies and this aided their own industrial transition and the diffusion of capitalism to the regions of new European settlement. In the literature on economic growth, however, we find little awareness of the existence of such transfers, let alone their sheer scale. How a substantial part of India’s earnings was appropriated by Britain. 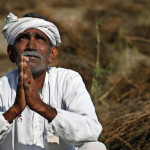 12 Jan 2021 – Since late November, braving the bitter cold, hundreds of thousands of farmers have set up protest camps at various points on the borders of India’s capital, New Delhi. Their main demand is the withdrawal of the three farm laws rammed through parliament by the right-wing Narendra Modi government in September.

But Keynes wrote a long time ago. He should have seen the inner working of the system better (after all Marx, who died the year Keynes was born, saw it), but perhaps his upper-class Edwardian upbringing came in the way. But what does one say of people who, having seen the destitution-“high growth” dialectics in the contemporary world, still cling to the illusion that the logic of compound interest will overcome the “economic problem of mankind”? Neo-liberal ideologues of course propound this illusion, either in its simple version, which is the “trickle down” theory, or in the slightly more complex version, where the State is supposed to ensure through its intervention that the benefits of the growing mass of goods and services are made available to all, thereby alleviating poverty and easing the struggle for subsistence.