Articles by Reporters Without Borders 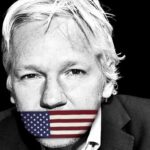 If extradited to the USA, Assange faces up to 175 years in prison on 18 charges related to WikiLeaks’ publication in 2010 of military and diplomatic documents exposing war crimes and human rights violations. Assange has been targeted for this important contribution to journalism. 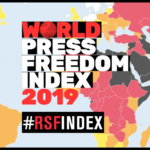 The 2019 World Press Freedom Index compiled by Reporters Without Borders (RSF) shows how hatred of journalists has degenerated into violence, contributing to an increase in fear. The number of countries regarded as safe, where journalists can work in complete security, continues to decline, while authoritarian regimes continue to tighten their grip on the media.

20 Apr 2016 – Most of the movement in the World Press Freedom Index unveiled today by Reporters Without Borders is indicative of a climate of fear and tension combined with increasing control over newsrooms by governments and private-sector interests. 180 Countries Ranked According to Freedom Allowed to Journalists

The Reporters Without Borders World Press Freedom Index ranks the performance of 180 countries according to a range of criteria that include media pluralism and independence, respect for the safety and freedom of journalists, and the legislative, institutional and infrastructural environment in which the media operate.

The ranking of most countries is no longer attributable to dramatic political developments. This year’s index is a better reflection of the attitudes and intentions of governments towards media freedom in the medium or long term. (See full list of countries in the end)