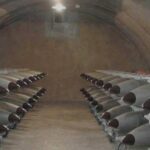 5 May 2021 – Biden’s international bipartisan approach risks a renewed arms race in a political and economic atmosphere that makes it unaffordable as well as acutely dangerous. My conversation with David Krieger explores some of the ramifications.

This jointly authored essay was initially published in The Hill on May 30, 2017 under the title, Averting the Ticking Time Bomb of Nukes in North Korea. We did not choose such a title that is doubly misleading: our contention is not that North Korea is the core of the problem, but rather the retention of nuclear weapons by all of the states pose both crises in the context of counter-proliferation geopolitics and with respect to the possession, deployment, and development of the weaponry itself; a second objection is with the title given the piece by editors at The Hill. While acknowledging the practice of media outlets to decide on titles without seeking prior approval from authors, this title is particularly objectionable to me. The term ‘nukes’ gives an almost friendly shorthand to these most horrific of weapons, and strikes a tone that trivializes what should be regarded at all times with solemnity.

30 May 2017 – Alarmingly, tensions between the United States and North Korea have again reached crisis proportions. Until this structure of nuclearism is itself overcome, crises will almost certainly continue to occur. It is foolhardy to suppose that nuclear catastrophes can be indefinitely averted without addressing these deeper challenges that have existed ever since the original atomic attack on Hiroshima.

Hardly a week goes by without an Israeli top official threatening to attack Iran so as to disrupt or destroy its nuclear program, which is suspected of moving in the direction of acquiring nuclear weapons. Shamelessly, as well, the extreme right think tanks in the Washington Beltway and many faithful followers of Israel echo these dangerous sentiments. They send Tel Aviv a signal that it has a green light to launch an attack on Iran at the time of its choosing, along with the reassuring message that the United States Government will step forward in support, whatever the adverse economic and diplomatic consequences for the region.