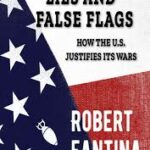 How Does the US Rally Support for Wars That Kill Millions of Innocent People Worldwide?
Robert Fantina | Global Research - TRANSCEND Media Service, 25 May 2020

21 May 2020 – These wars have killed millions of innocent men, women and children around the world. Yet more often than not they have been based on weak evidence, questionable motives, and outright lies. Why, then, do large portions of the public staunchly support the US troops?  Why are so many Americans satisfied with the U.S. bombings of Yemen, Syria, Afghanistan, Pakistan and other Middle Eastern countries, knowing that this is creating starvation and refugee crises of catastrophic proportions? 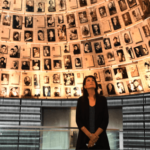 23 Feb 2018 – Nikki Haley has proven repeatedly that she is an embarrassment on the world stage, and the fact that she seems completely oblivious to her repeated acts of appalling stupidity is only further evidence of it. Her most recent foray into the world of head-scratching nonsense occurred on Tuesday, February 20. She basically, in her most eloquent way (not!), told the Palestinian government that she wouldn’t ‘shut up’, as was very appropriately suggested to her. She suggested that the Palestinians take “…the path of negotiation and compromise”.

The tide of justice has long since turned in Palestine’s direction. The U.S., which supported the apartheid government of South Africa right up to the bitter end, will once again be standing alone when Palestine rids itself of the shackles of Israeli oppression. That day is coming, and the pompous pronouncements of U.S. politicians, and even their executive orders, will not prevent it.

An article on August 18 [2014] on CNN indicates clearly the kind of misinformation it is presenting about the situation, including half-truths, omissions and distortions that may be more damaging that outright lies. The following are some examples, with commentary.