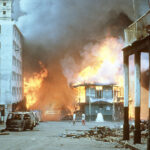 Imperial Self-Deception: There is no shortage of books, articles, and websites addressing the history of US foreign policy. There is nevertheless, within the USA, a dearth of understanding and often knowledge about the subject. This is due in part to popular nationalistic history, which tends to obscure, overwrite, and sometimes whitewash actual history. 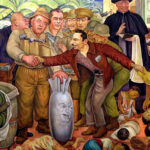 The idea that the United States should lead the world, replacing the British Empire, had been advanced by various U.S. leaders and influential citizens since the late 19th century. This ambition was in keeping with age-old aspirations of great states and empires, and also with the trajectory of U.S. history. The U.S. expanded across North America in the 19th century, became an imperial power in Asia in 1899, declared Latin America an exclusive sphere of influence in the early 20th century, and became the foremost global economic power prior to the First World War. 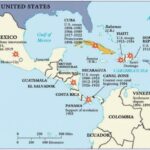 On 20 Jun 1898, as U.S. troops prepared to land in Cuba to “pacify” the island, Assist. Sec. State Francis Loomis writing to his boss, Sec. State William Day, declared, “I think it our destiny to control more or less directly most all of the Latin American countries.” One means to this end was economic domination. “It is possible to attain commercial ascendancy in them in much the same way that England does in China, by lending them money and administering their revenues.”

A deep analysis into the origins of U.S. involvement in WWI unpacking President Woodrow Wilson’s idealistic justifications for entering it and charting the efforts of European and U.S. peace advocates. It is written for the general public and students, synthesizing the work of many historians.