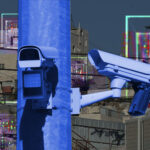 24 Jul 2022 – Google employees, who have been kept in the dark about the “Nimbus” AI project, have concerns about Israeli human rights abuses. 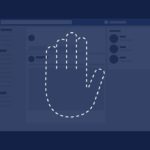 In Court, Facebook Blames Users for Destroying Their Own Right to Privacy
Sam Biddle – The Intercept, 1 Jul 2019

Judge Chhabria asked, seemingly unable to believe [Facebook’s] Snyder’s argument: “If Facebook promises not to disseminate anything that you send to your hundred friends, and Facebook breaks that promise and disseminates your photographs to a thousand corporations, that would not be a serious privacy invasion?”Snyder didn’t blink: “Facebook does not consider that to be actionable, as a matter of law under California law.” 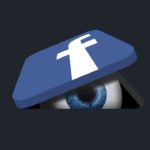 Thanks to Facebook, Your Cellphone Company Is Watching You More Closely Than Ever
Sam Biddle – The Intercept, 27 May 2019

20 May 2019 – Offered to select Facebook partners, the data includes not just technical information about Facebook members’ devices and use of Wi-Fi and cellular networks, but also their past locations, interests, and even their social groups. This data is sourced not just from the company’s main iOS and Android apps, but from Instagram and Messenger as well. The data has been used by Facebook partners for more controversial uses like racially targeted ads. 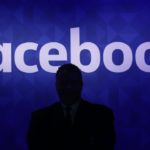 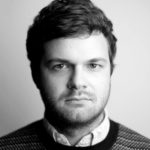 Homeland Security Will Let Computers Predict Who Might Be a Terrorist on Your Plane — Just Don’t Ask How It Works
Sam Biddle – The Intercept, 10 Dec 2018

3 Dec 2018 – The software, developed under contract, will be given to foreign governments. It is already being tested. 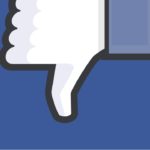 20 Aug 2018 – Facebook offered a jumble of explanations for why Telesur’s English-language page was suddenly taken down and then reinstated two days later. 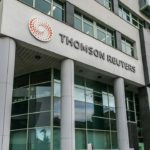 27 Jun 2018 – The company is under pressure from Privacy International for its nearly $30 million in ICE contracts via two subsidiaries. The spokesperson declined to comment on whether Thomson Reuters would pursue further business with an agency involved in separating children from their parents.

9 May 2018 – When you tell people you’ve been tracking them across the internet, they freak out and avoid buying your product, research at the Harvard Business School found.

The Real Roots of the Worldwide Ransomware Outbreak: Militarism and Greed
Sam Biddle – The Intercept, 22 May 2017

A runaway strain of malware hit Windows computers Friday [12 May] and spread through the weekend, rendering hundreds of thousands of computers around the world more or less useless. The big twist: The virus was made possible by U.S. government hackers at the National Security Agency. But the finger-pointing won’t stop there, and it probably shouldn’t.

Leaked NSA Malware Is Helping Hijack Computers around the World
Sam Biddle – The Intercept, 15 May 2017

12 May 2017 – In mid-April, an arsenal of powerful software tools apparently designed by the NSA to infect and control Windows computers was leaked by an entity known only as the “Shadow Brokers.” Not even a whole month later, the hypothetical threat that criminals would use the tools against the general public has become real, and tens of thousands of computers worldwide are now crippled by an unknown party demanding ransom.

14 Apr 2017 – The ShadowBrokers, an entity previously confirmed by The Intercept to have leaked authentic malware used by the NSA to attack computers around the world, today released another cache of what appears to be extremely potent (and previously unknown) software capable of breaking into systems running Windows. The software could give nearly anyone with sufficient technical knowledge the ability to wreak havoc on millions of Microsoft users.

Senate Republicans Just Sold You Out to Advertisers
Sam Biddle – The Intercept, 27 Mar 2017

23 Mar 2017 – In a 50-to-48 vote the U.S. Senate decided to kill FCC rules blocking your ISP from selling your browsing history to the advertising industry without permission. The likes of Comcast and Verizon will be able to make money disclosing what you buy, where you browse, and what you search from your own home.

Troubling Study Says Artificial Intelligence Can Predict Who Will Be Criminals Based on Facial Features
Sam Biddle – The Intercept, 21 Nov 2016

18 Nov 2016 – The fields of artificial intelligence and machine learning are moving so quickly that any notion of ethics is lagging decades behind, or left to works of science fiction. This might explain a new study out of Shanghai Jiao Tong University, which says computers can tell whether you will be a criminal based on nothing more than your facial features.

4 Oct 2016 – There’s no good reason to have a Yahoo account these days. Yahoo chose to comply with a classified “directive” to build “a custom software program to search all of its customers’ incoming emails for specific information provided by U.S. intelligence officials” — the NSA in particular.

On Monday [15 Aug], a hacking group calling itself the “ShadowBrokers” announced an auction for “cyber weapons” made by the NSA. Based on never-before-published documents provided by Edward Snowden, The Intercept can confirm that the arsenal contains authentic NSA software, part of a powerful constellation of tools used to covertly infect computers worldwide.