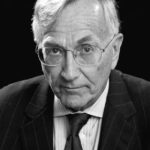 The White House’s story might have been written by Lewis Carroll: would bin Laden, target of a massive international manhunt, really decide that a resort town forty miles from Islamabad would be the safest place to live and command al-Qaida’s operations? He was hiding in the open. So America said.

8 Dec 2013 – The White House’s misrepresentation of what it knew about the attack, and when, was matched by its readiness to ignore intelligence that could undermine the narrative. Al-Nusra and its Islamist allies could end up as the only faction inside Syria with access to the ingredients that can create sarin, a strategic weapon that would be unlike any other in the war zone.

“I’ve been reporting on Iran and the bomb for The New Yorker for the past decade, with a focus on the repeatedly inability of the best and the brightest of the Joint Special Operations Command to find definitive evidence of a nuclear-weapons production program in Iran.”

It’s the smile. In photographs released by the German weekly Der Spiegel, an American soldier is looking directly at the camera with a wide grin. His hand is on the body of an Afghan whom he and his fellow soldiers appear to have just killed, allegedly for sport… There are also reports of suspected Taliban sympathizers we turn over to Afghan police and soldiers being tortured or worse. This will be a long haul; revenge in Afghan society does not have to come immediately. We could end up not knowing who hit us, or why, a decade or two from now.

The Obama Administration’s chance to engage in a Middle East peace. When the Israelis’ controversial twenty-two-day military campaign in Gaza ended, on January 18th, it also seemed to end the promising peace talks between Israel and Syria. The two countries had been engaged for almost a year in negotiations through intermediaries in Istanbul. Many complicated […]