Articles by The Wall Street Journal 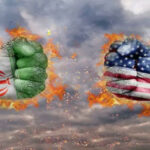 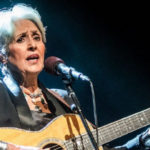 How I Found My Voice as a Pacifist
Joan Baez | The Wall Street Journal – Reader Supported News, 5 Mar 2018

Joan Baez, 77, is a folk singer and guitarist who received a Grammy Lifetime Achievement Award in 2007. Her latest album is “Whistle Down the Wind” (Razor & Tie). She spoke with Marc Myers.

The city-state’s reputation for meritocracy comes under attack from an unexpected source.

24 Dec 2014 – In coming weeks the nuclear plant at Kudankulam — built on a part of the Indian coastline struck 10 years ago this week by a devastating tsunami — will start selling electricity into the Indian power grid. The Wall Street Journal this week wrote about the controversy over the plant’s location and filed a video report from the village of Idintha Karai, or “Broken Coast,” where a protest movement against the plant is centered.

“He is a freedom fighter and a dictator, an idealist and a nationalist… Mr. Gandhi was not consistently pacifist and should have known that some of his non-violent campaigns towards the British would degenerate into violence and terror… He was not a real politician or proponent of international law, not primarily a humanitarian relief worker and not an organizer of international peace congresses.”

“Hamas, to my great regret, is Israel’s creation,” says Mr. Cohen, a Tunisian-born Jew who worked in Gaza for more than two decades. “When I look back at the chain of events I think we made a mistake,” says David Hacham, who worked in Gaza in the late 1980s and early ’90s as an Arab-affairs expert in the Israeli military. “But at the time nobody thought about the possible results.”

A Pacific Rim trade agreement is in danger of collapse in the wake of the failure of President Barack Obama and Japanese Prime Minister Shinzo Abe to settle longstanding bilateral issues. A U.S. and Japan deal was seen as crucial to the success of the Trans-Pacific Partnership.

U.S. Also Giving Fighters Millions of Dollars for Salaries – Washington’s Arab allies, disappointed with Syria peace talks, have agreed to provide rebels there with more sophisticated weaponry, including shoulder-fired missiles that can take down jets, according to Western and Arab diplomats and opposition figures.

As with trafficking, money changes hands. In this case, though, it’s the “selling” party that makes the payment, in the form of dowry. The broker who helps arrange the match also makes some money. Even though the bride’s family isn’t getting a payment, there’s a financial incentive to marry a girl earlier, since they’ll need to pay the groom’s family more money to take an educated girl, she found. Also, once a daughter has been sent off, that leaves a little more to go around for everyone else.

Encyclopedia of World Problems Has a Big One of Its Own
Daniel Michaels- The Wall Street Journal, 17 Dec 2012

[TRANSCEND member] Anthony Judge’s career has been peppered with problems, from Aarskog Syndrome to Zoonotic bacterial diseases, dandruff, ignorance, kidney disorders and sabotage. He spent more than two decades editing the Encyclopedia of World Problems and Human Potential, a 3,000-page tome with almost 20,000 entries. It was Mr. Judge’s brainchild when he helped run the Union of International Associations, a century-old grouping of groups that began in an effort to categorize all human knowledge.

According to the latest Global Wealth Report from Credit Suisse, the 29.7 million people in the world with household net worths of $1 million (representing less than 1% of the world’s population) control about $89 trillion of the world’s wealth. That’s up from a share of 35.6% in 2010, and their wealth increased by about $20 trillion, according Credit Suisse.

Widely grown corn plants that Monsanto Co. genetically modified to thwart a voracious bug are falling prey to that very pest in a few Iowa fields, the first time a major Midwest scourge has developed resistance to a genetically modified crop. The discovery raises concerns that the way some farmers are using biotech crops could spawn superbugs.

For the second time, Icelanders voted down a deal to repay Britain and the Netherlands billions of euros lost in the island nation’s 2008 financial collapse—at once a bold popular rejection of the notion that taxpayers must bear the burden for bankers’ woes and a risky outcome that will complicate Iceland’s efforts to rejoin global markets.