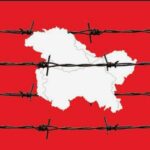 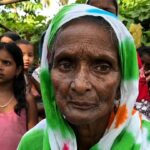 5 Sep 2019 – Almost two million residents of Assam, a state in India’s northeast, have been excluded from the Indian state’s reactionary National Register of Citizens. These de facto “foreigners” are now under threat of being herded into detention centres prior to their mass expulsion.

24 May 2017 – Indian army head General Bipin Rawat has awarded a commendation to the officer who ordered a Kashmiri youth tied to the hood of a jeep as a “human shield.” 26-year-old Farooq Dar was seized and, in flagrant violation of international law, paraded around for hours while tied to the lead vehicle of an army convoy.

President Mahinda Rajapakse’s government is again giving tacit support to communal provocations against Sri Lanka’s minorities in a bid to divide working people amid the country’s deepening economic and social crisis. This time, Muslims have become the main target of chauvinist groups.