75 years ago Germany-Italy bombed this sacred Basque-Spanish town, adding state terrorism to the destruction of arms factories.  Picasso made the atrocity enter world collective memory forever.  As a testimony to the power of art, and memory, the painting was ordered covered when USA tried to make the case that Iraq was producing mass destruction weapons for the UN Security Council.

Two kinds of memories serve politics: glories and traumas.  The glories–victory, liberation, constitution–are celebrated as the birth of a nation.  The traumas–defeat, invasion-occupation, decline and fall–are surrounded with the oath NEVER AGAIN!  We are guided not only by future goals, but also by past memories.  They set the discourse, the frame for what happens.  Anybody attacking the USA on US territory invokes Pearl Harbor; 9/11 is then sedimented on top of that, tripling the response should there ever be one more.

Better know the wounds imprinted on the collective soul.  Thus, Baghdad’s were colossal: the 1258 massacre by Djengis Khan’s grandson, Mongols on rapid horses, Armenian Christians blessed by the Pope; a million killed, Christians saved.  HERE THEY GO AGAIN: planes and missiles for horses, Bush for Hulagu, and Christians.  But Pope John Paul II argued dialogue; and was silenced by mainstream Western media.

When the Portuguese and the English destroyed buddhist-muslim trade from East China to Somalia around 1500, founding Macao and Hong Kong, two nations were deeply traumatized.  They still are.

Here are four rules close to social laws about traumas; often sending traumas inflicted deep down into the collective subconscious:

Thus, how many Italians were conscious of the first state terrorism ever from the air, their 1911 bombing and killing women and children in oases in Libya, making a colony?  How many Spaniards are aware of Franco’s bombing, using US-French planes, of the sacred city of Xauen in “Spanish” Morocco in 1925?  Germany-Italy-Spain-France-USA all attacked Iraq till Zapatero pulled Spain out in 2004.

Japan suffered a terrible trauma in Hiroshima-Nagasaki; and 6 August is a day of infamy on par with 7 December 1941, Pearl Harbor.  But can also serve, consciously or not, to forget Japan’s misdeeds in China and Korea. Some in Israel act as if unspeakable horrors like Russian pogroms and the shoa is a carte blanche for the naqba.

Norway is right now experiencing the existential dilemma of being victim of Breivik’s islamophobic atrocity, an unparalleled one man’s war against his own country, and at the same time killing Afghan muslims.  One way out is to depoliticize him, even dehumanize him, by declaring him insane.  The court will ultimately decide.

Germany was, indeed, both victim and perpetrator, the victim of two defeats, Versailles-invasion-occupation, nazism, Germany’s fall from within, of state terrorist bombing, and perpetrator: Auschwitz, and much, much more. Germany presents itself only as perpetrator lest their suffering is used to legitimize their atrocities; more traumatized than many victims.  NO MORE AUSCHWITZ, not NO MORE WAR.

So much to illustrate the four rules.  We are dealing with a basic violence ingredient: traumas that have remained un-handled.  Some more cases.

There was a background for 9/11: the traumas suffered by the Arab nations fighting the Turkish empire when the freedom promised turned into colonization by the imperial successors (Italy)-England-France: the Sykes-Picot betrayal. And a Jewish homeland: the Balfour declaration.  For Turkey, on top of that: Istanbul occupied.

Russia: traumatized by Napoleon and Hitler, traumatizing Eastern Europe, by tsars and bolsheviks. Enormities.  Not handled.

England: traumatizing the Scots, the Welsh, the Irish and the colonies, shredding the evidence; traumatized by the Blitz (between 7 September 1940 and 10 May 1941) after they started the bombing of Nazi Germany at Wihelmshafen in December 1939 and Berlin on the 25th of August 1940.  Then there is Guy Fawkes, institutionalizing 5 November as a day of infamy-nevermore: treason from within being more significant than to attack or be attacked.

Africa:  slavery-colonialism-neocolonialism makes the others pale; destroying a continent.  Not handled: the perpetrators walk out of conferences.

Latin America: genocide-colonialism-neocolonialism.  Destroying a continent.  Not handled; the perpetrators still celebrate Columbus and “discoveries” each 12 October, forgetting that their glory may be traumas for countless others.  Like April 1, Fools Day, today a joke day, mindless of the many promised access to the coast only to be killed as a part of the ethnic cleansing by the reyes católicos.

Iran:  1953, the CIA-MI6 coup against the elected PM Mossadegh followed by 25 years of the Shah dictatorship.  Deep, very deep, and unhandled.

There is much, much more, all waiting to erupt.  The way out?  Reconciliation. Easily said, hard to do.[i]  Two countries stand out.  South Africa: Truth and Reconciliation by Tutu, Mandela and de Klerk.  Germany: acknowledging what they did, conveying it through school textbooks, embracing democracy and human rights.  Gustav Heinemann.

And Roman Herzog, another German president, who apologized for Gernika and rightly received the Gernika prize on the anniversary.

And Gernika itself, the Gogoratuz peace research center, and museum, and work to unearth the past, now planning to apologize for arms produced by that factory (some used in the Nanjing massacre).  Turning trauma into positive action.  May there be many others.

[i].  See Joanna Santa Barbara, Johan Galtung, Diane Perlman: Reconciliation: Clearing the Past  Building a Future TRANSCEND University Press, 2012, www.transcend.org/tup.  We the authors are painfully aware of how inadequate many of the approaches in the book are relative to the immensity of the traumas.  We call upon everybody to produce better theories and practices. 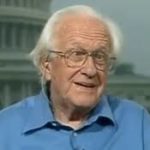 Anticopyright: Editorials and articles originated on TMS may be freely reprinted, disseminated, translated and used as background material, provided an acknowledgement and link to the source, TMS: Memories Conscious and Subconscious, is included. Thank you.

2 Responses to “Memories Conscious and Subconscious”