Alan Watts on the Difference between Belief and Faith

How to master the delicate dance of unconditional openness to the truth. 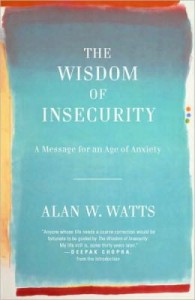 A century and a half before Carl Sagan explored the relationship between science and religion, Ada Lovelace, the world’s first computer programmer, contemplated the subject in a beautiful letter. Two centuries later, Alan Lightman crafted an enchanting definition of secular spirituality. This question has also been addressed by Albert Einstein in answering a little girl’s question about whether scientists pray, Flannery O’Connor in considering dogma, belief, and the difference between religion and faith, and Jane Goodall in her exquisite conversation with Bill Moyers on science and spirituality — and yet the question is, and perhaps is bound to remain, an open one.

One of the most articulate and lucid attempts to answer it comes from Alan Watts, who popularized Eastern philosophy in the West, in his fantastic 1951 book The Wisdom of Insecurity: A Message for an Age of Anxiety (public library) — the same treasure trove of insight that gave us Watts on happiness and how to live a full life and his prescient admonition about our modern media gluttony.

We must here make a clear distinction between belief and faith, because, in general practice, belief has come to mean a state of mind which is almost the opposite of faith. Belief, as I use the word here, is the insistence that the truth is what one would “lief” or wish it to be. The believer will open his mind to the truth on the condition that it fits in with his preconceived ideas and wishes. Faith, on the other hand, is an unreserved opening of the mind to the truth, whatever it may turn out to be. Faith has no preconceptions; it is a plunge into the unknown. Belief clings, but faith lets go. In this sense of the word, faith is the essential virtue of science, and likewise of any religion that is not self-deception.

The present phase of human thought and history … almost compels us to face reality with open minds, and you can only know God through an open mind just as you can only see the sky through a clear window. You will not see the sky if you have covered the glass with blue paint.

But “religious” people who resist the scraping of the paint from the glass, who regard the scientific attitude with fear and mistrust, and confuse faith with clinging to certain ideas, are curiously ignorant of laws of the spiritual life which they might find in their own traditional records. A careful study of comparative religion and spiritual philosophy reveals that abandonment of belief, of any clinging to a future life for one’s own, and of any attempt to escape from finitude and mortality, is a regular and normal stage in the way of the spirit. Indeed, this is actually such a “first principle” of the spiritual life that it should have been obvious from the beginning, and it seems, after all, surprising that learned theologians should adopt anything but a cooperative attitude towards the critical philosophy of science. 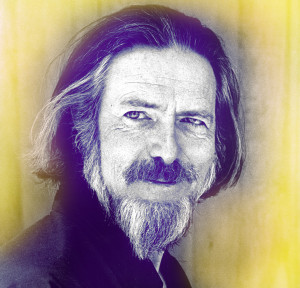