In addition to national interests, which are an eternal component of global politics, there is another factor with much greater impact, and this is the moral basis that underpins the players acting upon the world stage. International relations and diplomacy have always been grounded in a moral foundation. It has been hypothesized that the old, but still relevant moral foundations are no longer able to ensure the sustainability of the global system, that the old worldview is out of sync with the latest challenges, and that it is not possible to reconstruct the global system based on a vision from the past century. Another, more daring hypothesis is that Russia can offer a new frame of reference for this global system, as well as new principles to guide states’ interaction. Russians have always held a worldview that is somewhat distinct (significantly distinct during the Soviet era) from that of Westerners. Perhaps therein lies the root cause of the West’s reluctance to accept the idea of extensive cooperation with Russia. The risk to the West is that Russia’s understanding of how to arrange this world order may be too attractive for many, perhaps for the majority of the world’s population. And then the West would be stripped of its moral authority.

The foreign policy of the US has a clear and simple moral basis – the exceptionalism of the American nation.

Since the 19th century Americans have believed that they were building the most advanced society on earth, a society of freedom and opportunity, where each is free to find his own path. Democracy as a method of governance was the finest system to be devised in human history. America is held up as a model, and her values should hold sway throughout the world. But this raises the question of how to achieve the triumph of American values and of the American model of governance and society. Should one merely rely on the power of this example, remaining a beacon for all of humanity? Or should American foreign policy actively promote the dissemination of American institutions?

Prior to WWI, the US preferred not to intervene in international affairs outside of the Americas. The country adhered to the doctrines of its founding fathers, and those doctrines were fairly isolationist. But within its own sphere of influence America has never been loath to act. In just the first few years of the 20th century she intervened in the affairs of (and occasionally occupied) countries such as Haiti, Panama, Cuba, and the Dominican Republic. But the First World War was a turning point, and President Woodrow Wilson created a new foreign policy for the US.

Wilson made an intellectual and political U-turn. Building from the idea of the exceptionalism of the American nation, and seemingly without discounting the need to steer clear of European squabbles and wars, he radically changed US foreign policy: transforming it from local to truly global. Wilson’s logic was as follows (here I am expounding on ideas from Henry Kissinger’s book Diplomacy): the challenges confronting America were placed there by Providence itself (and it would be difficult to invent a more powerful moral basis for action). The security of the US is inseparable from the security of the rest of humanity. Thus it follows that it is America’s duty to resist aggression wherever that may be. The country’s exceptional nature requires that its own example be used to affirm freedom while simultaneously disseminating it. America’s providential moral foundation does not permit her to be limited in any way while pursuing her missions abroad – the country’s infallibility is foreordained. A global crusade to impose American values must be launched. Moreover, the strength of the United States will atrophy if America does not labor to spread freedom throughout the world.

I quote Woodrow Wilson, “We set this Nation up to make men free and we did not confine our conception and purpose to America, and now we will make men free. If we did not do that all the fame of America would be gone and all her power would be dissipated.”

This intellectual concept – which combines the exclusivity of America as a disseminator of freedom with her ability to intervene in the affairs of any country in the world, if such is deemed necessary in Washington DC – has been the moral foundation of America’s foreign policy for almost a hundred years. This is precisely why Vladimir Putin’s article in the New York Times last year generated such a hysterical reaction in the US. To quote Putin, “It is extremely dangerous to encourage people to see themselves as exceptional, whatever the motivation. There are big countries and small countries, rich and poor, those with long democratic traditions and those still finding their way to democracy. Their policies differ, too. We are all different, but when we ask for the Lord’s blessings, we must not forget that God created us equal.” Putin “dared” to criticize the most sacred of American values – that nation’s exceptionalism. He made it clear that he did not share such a “messianic” view of how a global system of states should be organized, and that there may be other axiological bases, which he can describe, on which to ground such a system. 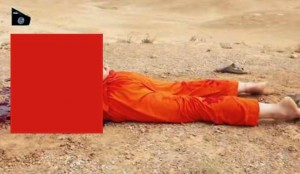 Even if we accept (or at least agree to tolerate) the values of Wilsonianism, we must critically assess the current practice of applying Wilson’s theory. Would not any critical analysis show that almost nothing remains of those 100-year-old messianic ideals? That humanity is no longer drawn to that “beacon of freedom,” but is instead frightened and repelled by it? That what was once an idealistic policy, and for many it truly was, is degenerating into the most cynical Realpolitik? The gross interference in the domestic affairs of other countries, resulting in the destruction of the apparatus of the state and heavy casualties, such as in Iraq, Syria, and Libya … The discourtesy toward one’s closest allies: the wiretapping of heads of state, the pressure on French banks, the refusal to return Germany’s gold, etc. The use of radical Islamic forces to achieve un-idealistic and entirely pragmatic and selfish goals. The unprecedented control over the mass media – this is clearly evident in the surging anti-Russian campaign that has accompanied the Ukrainian crisis.

The brief era of US hegemony is coming to a close, and with it – Wilsonian diplomacy.

The world’s economic and political structure is changing rapidly. “Never before has a new world order had to be assembled from so many different perceptions, or on so global a scale,” wrote Henry Kissinger [“Diplomacy”, p.26). There can no longer be any doubt that Russia is destined to play a major role in the creation of that new order.

One Response to “An Exception to American Exceptionalism (Part II)”