The Myth of Isolation

Much of the international media claim that Russia’s conduct during the crisis in Ukraine has isolated the country, made her a pariah, and that the entire civilized world has turned from her in disdain. Is this really so?

Suffice it to recall the results of the voting on the UN General Assembly’s anti-Russian resolution immediately after Ukraine reunified with Russia. At that time the Americans were able to push through the resolution. One hundred nations voted in favor and only 11 were against it. However, it turns out that there were actually 93 countries that did not support the resolution – one of the representatives forgot to push his button, another was in the cafeteria at the time, and another did not even attend the discussion. Two-thirds of the earth’s inhabitants live in those 93 countries – and the representatives of two-thirds of humanity did not oppose Russia and did not support the United States. 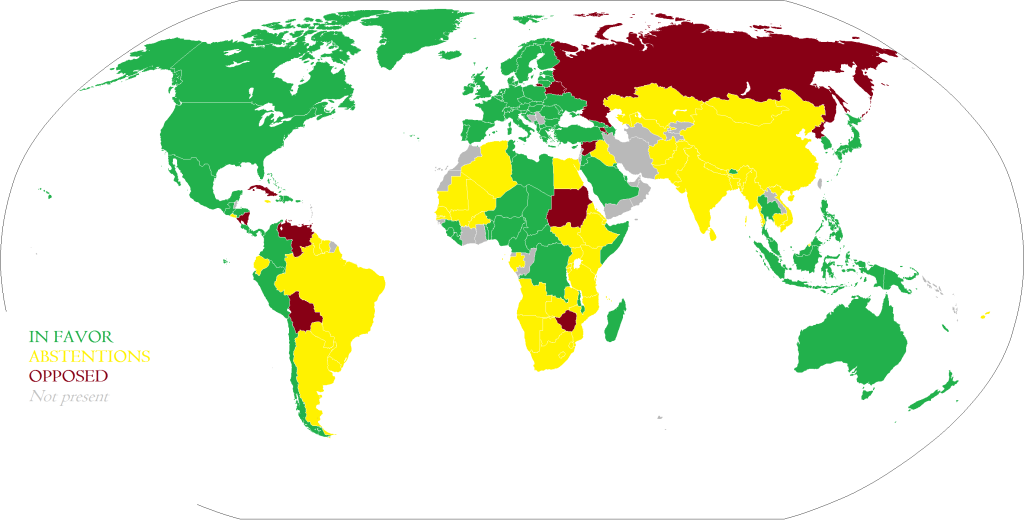 Another episode occurred during the recent BRICS summit in Brazil. And although meetings between the leaders of those countries are fairly commonplace now, it is worth noting what happened after the summit. The leaders of every Latin American country – most of which are viewed as little more than American vassals – gathered in Brazil. They wanted to be part of a new international organization with a vision they can endorse, an organization with Vladimir Putin at its moral helm.

And even now, at the peak of the crisis in Ukraine, there is no solidarity in Europe supporting the sanctions against Russia. I believe that the proposal to “isolate Russia from the entire world” is in essence nothing more than a propaganda stunt.

Why are so many drawn to Russia? Two years ago, I fell into conversation with several prominent European scholars who were involved in the work of the Yaroslavl Global Policy Forum. I asked if they thought it would be possible to create a world-class debate forum in Russia. Their answer was surprising. They all claimed that a venue that could serve as an alternative to Western forums such as Davos could only be created in Russia. Russia would be the only destination that representatives from all countries would find acceptable and would be the best country in which to construct an alternate, non-Western agenda.

What signals are coming from President Putin regarding a new agenda? How is he approaching the issue of modifying the world system and based upon what principles? Following is my interpretation, based on Vladimir Putin’s public statements.

First of all, it is very clear what Putin opposes, what actions he considers to be counterproductive and detrimental.

He stands against the imposition of a political regime of “democracy.” This type of imposition never seems to have been successful. Countries have different backgrounds and cultures and each moves at their own historical pace. Attempts to forcibly engineer such an institution are inherently risky. Unsystematically “ensconcing” such rights as freedom of speech usually results in the loss of other fundamental rights such as the right to life or the right to work. In this matter, countries such as China, which is led by its Communist Party, and Iran, with its Islamic regime, side with Russia.

He stands against intervention in another country’s domestic affairs unless it is clearly warranted. In recent years we have seen that intervention often destroys country’s infrastructures and leads to disaster.

He stands against the new imperialism that destroys states’ sovereignty – resulting in weakened countries that cannot defend their interests in a global world where the leading players set the rules of the game. Just as during the “old” period of imperialism, weakened countries develop slowly and cannot free themselves from their shackles of dependence, while in the end the profits go to the strong. On this issue Russia may find allies among low-income countries, as well as among many left-wing intellectuals, including from Western nations.

He stands against social racism. Try to find out how many people have died during the Iraq war. You can easily find information about the number of dead and wounded soldiers from the US and its allies. But there are only estimates of the Iraqi casualties, which vary almost 1,000%, ranging from 150,000 dead to over a million. No one is counting the number of Iraqis who have been killed, nor is anyone planning to. The West treats many nations today the same way it treated the “aboriginals” during the colonial era, although that relationship is now overlaid with a thin veneer of tolerance. But these people are not aboriginals. Iraq is Mesopotamia, the cradle of civilization. Iran, which was cruelly suppressed until recently, is Persia, with a history stretching back many thousands of years. China, a country the West rightly hesitates to try to instruct, is several thousand years old.

Second, Putin supports multilateral diplomacy and the establishment of complex networks within which governments can interact. On one hand, such networks would allow for different interests to be taken into account while seeking out complex compromises and reducing the risk of confrontation. American messianism, which prevents them from admitting anyone as their equal, is inappropriate in this context. That was, incidentally, how the European Union was established. That entity can be criticized from many different angles, but no one could argue that the risk of war within the EU is not lower than it has ever been.

Third, Putin seems to think that an entity should be constructed that would make it possible to seek out a balance of interests, rather than a 19th-century-style balance of power. The simple fact is that the majority of states would be treated more justly by that type of entity.

And fourth, new international institutions like the BRICS Bank need to be created that would operate on new principles and replace the old institutions created by the West to manage the world economy primarily in its own favor.

In summary, the era of domination by the concept of American exceptionalism is at an end. And although, as the Soviet philosopher and dissident Alexandr Zinovyev once wrote, “Western theorists, politicians, and media are, as always, absolutely convinced that their system is the best,” strong new players with an alternative vision have emerged and cannot be ignored within a unified world. The global, political mission that Vladimir Putin has shouldered strongly suggests that Russia will play a leading role in the creation of a new global architecture.

One Response to “An Exception to American Exceptionalism (Part III)”