11 Mar 2015 – The catastrophe that began at Fukushima four years ago today is worse than ever.

But the good news can ultimately transcend the bad—if we make it so.

An angry grassroots movement has kept shut all 54 reactors that once operated in Japan. It’s the largest on-going nuke closure in history. Big industrial windmills installed off the Fukushima coast are now thriving. 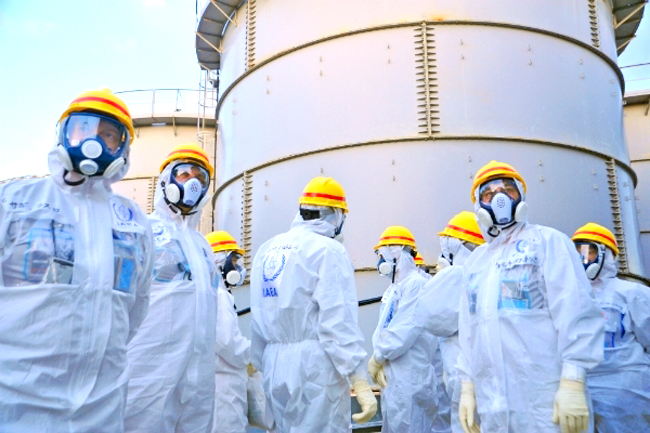 Diablo Canyon was retrofitted—probably illegally—with $842 million in replacement parts untested for seismic impact. Already under fire for illegal license manipulations and an avoidable gas explosion that killed eight in San Bruno in 2010, Pacific Gas & Electric has plunged into a legal, economic and political abyss that could soon doom California’s last reactors.

Meanwhile, Germany is amping up its renewable energy generation with a goal of 80 percent or more by 2050.

Worldwide the Solartopian revolution is ahead of schedule and under budget. Predictions about its technological and economic potential are being everywhere exceeded.

More than twice as many Americans now work in solar as in coal mines. As the head of the Rockefeller Brothers Fund recently put it: “We are quite convinced that if John D Rockefeller were alive today, as an astute businessman looking out to the future, he would be moving out of fossil fuels and investing in clean, renewable energy.”

At least 300 tons of radioactive water still pour daily into the Pacific Ocean. The utility wants to dump even more untreated outflow into currents that are already testing radioactive along the California coast. Details of fuel rod bring-downs and site clean-ups remain unknown.

Thyroid damage rates are soaring among downwind children. Abe is forcing evacuees back into areas that are seriously contaminated. Fukushima’s owner (Tepco) is the #1 money funnel to his Liberal Democratic Party, which flips untold billions back to the utility.

More than 128,000 petitioners asking that the world community take charge at Fukushima have been ignored by the United Nations since November, 2013.

Throughout the world decaying reactors threaten our survival. Ohio’s Davis-Besse containment is literally crumbling.  Diablo Canyon is surrounded by 15 known fault lines, one just 700 yards from the cores. New reactor sites in Finland, France and Georgia show slipshod construction, substandard parts and corrupted supervision that would make them instant threats should they go on line.

An evolving electricity boycott to “unplug nuclear” and a growing grassroots demand for green energy herald a new era of people power.

It’s a fight we can’t afford to lose. It’s a victory we must soon embrace … with the utmost relief and joy.

Harvey speaks and writes widely on energy, the environment, history, election protection and politics. He teaches history and cultural & ethnic diversity at two central Ohio colleges, and is married with five daughters and five grandchildren. He works for the permanent shutdown of the nuclear power industry and the birth of Solartopia, a democratic and socially just green-powered Earth free of all fossil and nuclear fuels.