US Offering Its ‘Assistance’ to Push GMOs on Africa: Report 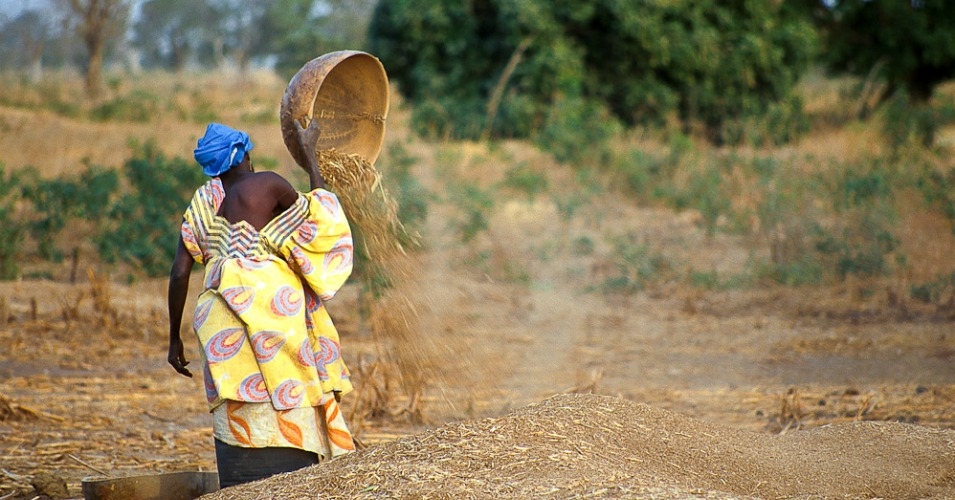 Released Monday [23 Feb 2015] from the African Centre for Biosafety and commissioned by environmental network Friends of the Earth International, Who benefits from GM crops? The expansion of agribusiness interests in Africa through biosafety policy (pdf) looks at how U.S. interests have used the mantra of addressing food security to push these crops despite local opposition.

That opening exists, Friends of the Earth explains, because most African nations don’t have biosafety laws on the safe handling of GM crops (or GMOs), and such laws can be crafted to either promote the crops or to promote a rigorous safety assessment of them.

But “the U.S.A. stance is that GM crops offer important technological advances in agriculture that can significantly increase crop production and that they pose no risks.” So when representatives of U.S. interests offer assistance, it is to “craft [regulatory systems that] are most likely to have an absolute minimum of regulation, creating attractive environments for agribusiness investors.”

Another part of the “strategy has been to pursue the development of strong intellectual property rights regimes, in order to give investors confidence with respect to returns on their investments,” the report states.

One example noted in the report is an initiative called the Water Efficient Maize for Africa project (WEMA), which is implemented in South Africa, Uganda, Kenya, Tanzania and Mozambique.

Monsanto has partnered with the initiative, and the Bill and Melinda Gates Foundation and the Howard G. Buffet Foundation have pledged $47 million for it.

It is is ostensibly aimed at boosting food security with drought- and insect-resistant maize, but the report says Monsanto is using the project to do field trials and ultimately gain approval of a new maize, rather than taking the standard commercial route for approval, thereby paving the way for new markets for the crops. The report also points to questions about the efficacy of the drought-resistance trait.

Among the problems civil society groups see with the WEMA plan are that it ignores existing (non-GMO) drought tolerant crops, gives control of food systems to the private sector, and diverts funding and support away from in-place, farmer-led resilient agricultural systems.

The report concludes that those African nations who might be tempted by GMO promises should look at what happened in South Africa, where, after 16 years of such crops being cultivated, GMOs have failed to meet the promises of improved food security.

“The South African experience confirms that GM crops can only bring financial benefits for a small number of well-resourced farmers. The vast majority of African farmers are small farmers who cannot afford to adopt expensive crops which need polluting inputs such as synthetic fertilizers and chemicals to perform effectively,” Swanby stated.

Real assistance from foreign donors, the report states, would come by “craft[ing] policies for the wellbeing of Africans rather than the wellbeing of foreign corporations and their shareholders.”

As Swanby and Mariann Bassey Orovwuje from Friends of the Earth Nigeria write in an op-ed published Monday, “African farmers have a lot to lose from the introduction of GMOs; the rich diversity of African agriculture, its robust resilience and the social cohesion engendered through cultures of sharing and collective effort could be replaced by a handful of monotonous commodity crops owned by foreign masters.”

Despite the corporate mantra of GMOs being able to feed a growing population, Swanby and Bassey Orovwuje stress: “African social movements have pointed out that skewed power relations are the bedrock of hunger in Africa.”

The solution lies instead, Friends of the Earth says, with agroecology—which food justice organization Food First describes as “both a science and movement” that “works to decentralize power and promote equity and ecological resilience in our food systems.” GM crops, in contrast, are part of the problem.

Friends of the Earth is among those heading to the first International Forum on Agroecology beginning Tuesday in Mali.

It is a forum that Ibrahim Coulibaly, a leader of the National Coordination of Peasants Organizations (CNOP) in Mali, said “will bring practical responses, that will lead to concrete solutions on how agroecology can save the planet from hunger and climate change.”