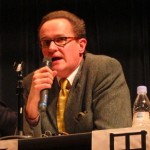 29 Apr 2015 – The world’s leading countries are busy with ongoing conflicts and wars in areas of strategic importance to them. Organisations that work with humanitarian issues and post-war healing have exhausted their capacities long ago. It’s repair work but it must be done.

So there is hardly any capacity in the world to do what would be much more productive: Prevention of violence (yes, not of conflict but of violence). For decades there has been talk of early warning – but if it works at all, there is little or no early listening and even less early action.

If it all worked as it ought to, the world would have a violence-prevention machinery in place and it would, these very days, plan what to do before a catastrophe descends upon a small, beautiful African country – poor, mal-developed and of no strategic significance to bigger powers. That is, it would do a genuine humanitarian intervention to save lives in time.

The world’s neglect of Burundi

Since the genocide in the two neighbouring countries, Rwanda has probably been mentioned 100 times when Burundi was mentioned 1. Rwanda got the diplomatic attention, the investments, the aid, the Hollywood movies and books. Annually when the world commemorated the genocide that took place in both countries, everybody talked about Rwanda as if Burundi didn’t exist. One reason apart from sheer ignorance is that ”only” 300.000 were killed in Burundi’s genocidal civil war while three times more in Rwanda. About Burundi’s civil war. 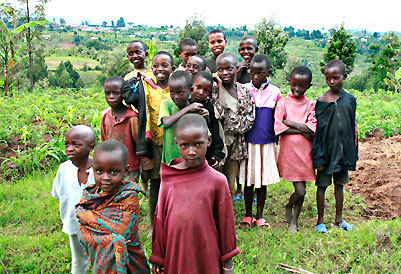 Every year the development aid given to Burundi was around or less than 50% of what donor countries had pledged. Today, the two capitals Bujumbura and Kigali are like two different worlds. The best the world has done for Burundi was the remarkable UN mission which, regrettably, the Burundian government always wanted somehow to get rid of.

It can be argued the consequences of this relative neglect by the world are now becoming visible.

Combine that with the last few days of rioting against President Nkurunziza’s extremely dangerous manoeuvring to be elected for a third term and you have a situation that may soon present itself as yet another major human tragedy the world failed to do anything about before it was too late.

With the accumulated experience from TFF’s projects in Burundi from 1999-2012*, I believe there are extremely strong reasons to produce not only lame, standard diplomatic statements but to take action to prevent a new catastrophe.

From vision to failure

Under the early leadership of President Pierre Nkurunziza – whom I happen to have met for about an hour’s conversation shortly after he was elected – there were reasons to have hope. He was very popular, could safely get out of his car and talk with citizens anywhere, a great football player. He introduced community work for all on Saturdays, reformed the schools, introduced English and English news to help the people benefit maximally from the new membership of the East African Economic Community – which was extremely important for this utterly poor, landlocked country. And he clamped down on corruption. The Hutu/Tutsi distinction also softened.**

He had been out fighting, lost several family members and also apologised for his own deeds – a man of Christian faith who seemed to have both empathy and a sense of responsibility, even vision.

That was then. It has all disappeared over the ten years of his increasingly failed and increasingly authoritarian leadership.

There is his reckless gambling now with a constitutionally highly doubtful third term against the wishes of virtually all segments of the Burundian society except the poorest farmers in the countryside; parliament did not accept the change of constitution he wanted and there was also no referendum. There is the overall development situation and rampant lack of basic need satisfaction throughout the country. It’s the world’s 2nd or 3rd poorest country with a GDP per capita of max US$ 300. The Global Hunger Index places Burundi as number one. And there is larger-than-ever corruption.

Add to that his ruling party’s youth formation, Imbonerakure – up to 50,000 hardline youth drilled over years in using violence. They could be unleashed to operate as gangs or ”police” of the ruling party and as a private presidential army if necessary. About 25,000 scared citizens have already fled the country. This report speaks volumes of the present dangers as does this recent account in the New York Times.

The tendency to suppress freedom of expression and a prevent a strong civil society as part of true democracy has been present to some degree all the time; I would date it back to the arrest of former radio journalist turned presidential candidate Alexis Sinduhije a very professional person I knew quite well at the time, back in November 2008. It was obviously political, given the impending elections in 2010.

Even if Nkurunziza would use these authoritarian measures only for a short period to demonstrate his power by terrorising citizens into fear and submission, it will never be forgiven or healed. The average Burundian citizen already feels hopeless with pent-up anger due to living their lives in abject poverty and seeing also ever more wealth accumulate with a tiny urban elite in the fashionable, hilly Kiriri area of ”Buja”. 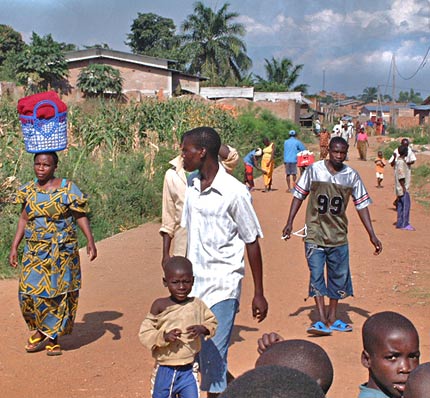 Bussuro area in the outskirts of Burundi © Jan Oberg

Little hope in the opposition too

Regrettably, there is little in the way of a unified, constructive opposition that can muster a credible alternative up to the general elections through May and the presidential election on June 26.

One of the political opposition leaders is Agathon Rwasa whom you can read more about here. He is a former rebel leader who refused to take part in the Arusha Peace negotiations and kept shelling the capital long after all other politicians had signed on to peace. He is a non-convicted war criminal associated with massacres, child labour and warfare also in the DRC.

The UN has set up an electoral observation mission (MENUB). Given the situation that is good of course, but the world needs to do much more and do it now. The preconditions for free elections are already gone and election fraud is likely to be widespread.

President Nkurunziza must be offered some carrots for giving up his candidacy and if that doesn’t work, robust sticks must be applied very soon, including a genuine humanitarian intervention. The Burundi people must be protected.

Economic sanctions must be excluded at the outset as they would only hit the already impoverished. Perhaps freezing foreign accounts of all in the ruling party and preventing them from leaving the country would be one of the measures. Whatever is done it has to be strong enough to deter Nkurunziza and the people around him.

Much can be done by the neighbouring countries and the African Union and the UN. The same applies to the main mediating countries of the Arusha Peace Accords, Tanzania and South Africa. The former Western colonial countries in the EU could bring political pressure to bear both when it comes to carrots and sticks but should not intervene with military or police forces.

That said, we are probably back to square one in the introduction above: the world usually doesn’t react before it is too late, thousands have died and society has been destroyed. Then the repair work begins and the media, the researchers and the diplomats ponder how it could happen and say ”Never again”. Again.

* TFF was involved in establishing and training various civil society organisations in subjects such as conflict-understanding, nonviolence, organisational management and development. In addition, the author has been working with the Ministry of Foreign Affairs to develop an international information strategy, taught at a university, helped establishing two youth organisations and done photographical work.

** This analysis does not operate with the distinction of ethnicity often used by the media to explain the causes of conflicts. The present conflict is rooted in power politics, structural-economic inequality throughout society and in woefully inadequate international attention and assistance. The Hutu-Tutsi difference is not a basic cause, but, of course, cynical manipulators may later use it to mobilise energy for violence.

More on the links here – and here.