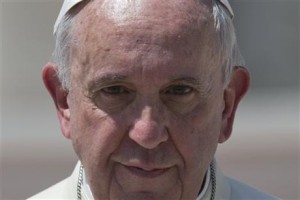 18 Jun 2015 – Today in Rome, Pope Francis released his long-anticipated encyclical on climate change, fueling precisely the international conversation the Pope hoped to drive. The widespread media coverage of the 180-plus page document, Laudato Si, or Praised Be to You, has undoubtedly increased public awareness of environmental issues dramatically.

There were no big surprises in the encyclical, given its leak to the media earlier this week and the Pope’s ongoing speeches and remarks about the climate. But the encyclical, a letter from the Pope to the church bishops, give the official endorsement of the Catholic Church to his concern for the climate.

Writing that “the Earth, our home, is beginning to look like an immense pile of filth,” the Pope emphasized the outsized impact failure to care for the environment has on the poor. He wrote:

The deterioration of the environment and of society affects the most vulnerable people on the planet: both everyday experience and scientific research show that the gravest effects of all attacks on the environment are suffered by the poorest. The impact of present imbalances is also seen in the premature death of many of the poor, in conflicts sparked by the shortage of resources and in any number of other problems which are insufficiently represented on global agendas.

It needs to be said that, generally speaking, there is little in the way of clear awareness of problems which especially affect the excluded. Yet they are the majority of the planet’s population, billions of people. These days, they are mentioned in international political and economic discussions, but one often has the impression that their problems are brought up as an afterthought, a question which gets added almost out of duty or in a tangential way, if not treated merely as collateral damage. 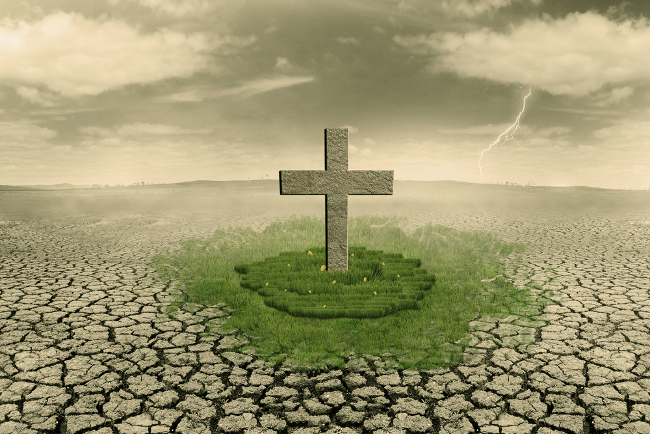 He attributed this to the fact that “many professionals, opinion makers, communications media and centers of power” have little contact with the poor and their problems. But he made it clear that the burden is on the wealthy—both nations and individuals—to act on behalf of the poor and to stop exploiting them to the detriment of people and the planet.

“The foreign debt of poor countries has become a way of controlling them, yet this is not the case where ecological debt is concerned,” wrote the Pope. “In different ways, developing countries, where the most important reserves of the biosphere are found, continue to fuel the development of richer countries at the cost of their own present and future.”

While he said that other factors play a role in global warming, “a number of scientific studies indicate that most global warming in recent decades is due to the great concentration of greenhouse gases released mainly as a result of human activity.”

“Humanity is called to recognize the need for changes of lifestyle, production and consumption, in order to combat this warming or at least the human causes which produce or aggravate it,” he wrote.

Our failure to care for the planet, he wrote, is connected to a throwaway culture of “compulsive consumerism” that “quickly reduces things to rubbish.”

“It is hard for us to accept that the way natural ecosystems work is exemplary: plants synthesize nutrients which feed herbivores; these in turn become food for carnivores, which produce significant quantities of organic waste which give rise to new generations of plants,” he wrote. “But our industrial system, at the end of its cycle of production and consumption, has not developed the capacity to absorb and reuse waste and by-products.”

As expected, he called out those who will not act, whether by denying the problem or simply ignoring it.

“Those who possess more resources and economic or political power seem mostly to be concerned with masking the problems or concealing their symptoms, simply making efforts to reduce some of the negative impacts of climate change,” he said.

And he fired a shot at those who have been saying that tackling climate change will prevent people and countries from climbing out of poverty, saying that the issues are linked.

“The same mindset which stands in the way of making radical decisions to reverse the trend of global warming also stands in the way of achieving the goal of eliminating poverty,” he wrote. “A more responsible overall approach is needed to deal with both problems: the reduction of pollution and the development of poorer countries and regions.”

Ultimately, he expressed confidence that people could and would step up to address the twinned issues of climate and poverty.

“Human beings, while capable of the worst, are also capable of rising above themselves, choosing again what is good, and making a new start, despite their mental and social conditioning,” he wrote. “We are able to take an honest look at ourselves, to acknowledge our deep dissatisfaction and to embark on new paths to authentic freedom. No system can completely suppress our openness to what is good, true and beautiful, or our God-given ability to respond to his grace at work deep in our hearts.”

Environmental groups praised the Pope’s action in stepping up to talk so forcefully about the need to take action on climate change, all of them finding things to like in it.

Sierra Club executive director Michael Brune said, “Pope Francis’s guidance as a pastor and a teacher shines a light on the moral obligation we all share to address the climate crisis that transcends borders and politics. This encyclical underscores the need for climate action not just to protect our environment, but to protect humankind and the most vulnerable communities among us. The vision laid out in these teachings serves as inspiration to everyone across the world who seeks a more just, compassionate and healthy future.”

“The Pope has shown impressive and inspiring leadership where many elected leaders have failed,” said Friends of the Earth’s head of campaigns Andrew Pendleton. “He is both a friend of the Earth and of the millions of people in poorer, vulnerable nations whose lives are already being shattered by extreme weather. The tragedy is that too many governments are currently in thrall to big vested interests and are failing their people. The Pontiff’s encyclical cuts across the murky politics of climate change and will inspire people way beyond his own church community.”

“Pope Francis is reiterating what scientists and advocates have been saying for years: we need to reduce carbon emissions to avoid catastrophic climate change,” said Wenonah Hauter, executive director of Food & Water Watch. “But it’s his bold and honest analysis of pollution trading that is most noteworthy. The Pope has cut through the distracting noise on a complex global issue. He’s parted the Wall Street smoke screen and acknowledged that so-called market-based approaches to environmental problems like cap-and-trade aren’t solutions at all. This clear assessment puts him well ahead of the mainstream environmental movement on a critical issue.”

But the document is also already revealing a divide driven by ideology, given its emphasis on reigning in greed and consumption and caring for the world’s poorest people. In the U.S., conservative politicians who have cheered the previous Popes’ willingness to insert themselves in the politics of private sexual morality are now saying that he should mind his own business when it comes to saving the planet. Presidential candidate Rick Santorum and Senator James Inhofe, chair of the Senate Committee on Environment, both said recently that the Pope should not be talking about the climate.

This week, another presidential candidate, Jeb Bush, added his voice to the chorus, saying, “I hope I’m not going to get castigated for saying this by my priest back home, but I don’t get economic policy from my bishops or my cardinal or my Pope. I think religion ought to be about making us better as people and less about things that end up getting in the political realm.”

Faith and environmental groups are planning a climate march to St. Peter’s Square in Rome on June 28 to thank Pope Francis for his encyclical and express their support for his climate activism. Faith communities around the globe are planning to join in by ringing bells, chimes, gongs or sounding their shofars at noon on that day.

The Pope has made clear his goal of influencing the conversation around climate change to hopefully pressure strong action at the UN Climate Summit in Paris in December.

“The Pope’s historic message comes at a critical moment,” said Brune. “Momentum is building for significant action during international negotiations in Paris and beyond to transition the world from fossil fuels to a healthy and just clean energy economy. The Pope’s encyclical will only help continue that momentum.”

Pope Francis: ‘If We Destroy Creation, Creation Will Destroy Us’