The Trade in Services Agreement exposed in a 17-document dump by WikiLeaks on Thursday [4 Jun] relates to ongoing negotiations to lock market liberalisations into global law. 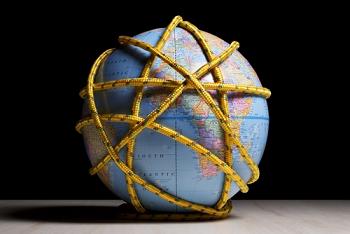 5 Jun 2015 – WikiLeaks has warned that governments negotiating a far-reaching global service agreement are ‘surrendering a large part of their global sovereignty’ and exacerbating the social inequality of poorer countries in the process.

The Trade in Services Agreement exposed in a 17 document dump by WikiLeaks on Thursday [4 Jun] relates to ongoing negotiations to lock market liberalisations into global law.

If a country like China wanted to join, it would have to scrap all discriminatory practices against foreign firms – so discrimination against a foreign firm opening a hospital in China would be banned, for example.

Under the agreement, retailers like Zara or Marks & Spencers would have the right to open stores in any of the signing countries and be treated like domestic companies. A nationalised service, such as the British telecoms industry in the eighties, would have to ensure it was not harming competition under these terms.

“Nothing it will do to extend the liberalisation but it locks in those rules in case of a coup d’etat,” Hosuk Lee-Makiyama, director of European Centre for International Political Economy (ECIPE) and a leading author on trade diplomacy, told The Independent.

However he said that fears the trade agreements will lead to the dismantling of the NHS are unfounded.

“Do people really think that countries far more progressive than UK (EU countries like France, Germany or Sweden) would ever accept something that threatens their social welfare model? Do people really believe that Obama would put Obamacare up for negotiation?” Lee-Makiyama said.

The extra liberalisations for telecoms and finance hark back to the World Trade Organisation agreement, which opened those sectors up for globalisation, he added.

WikiLeaks says that corporations would be able to use the law in its current form to hold sway over governments, deciding whether laws promoting culture, protecting the environment or ensuring equal access to services were ‘unnecessarily burdensome’, or whether knowledge of indigenous culture or public services was essential to achieve ‘parity’.

“In other words, unaccountable private ‘trade’ tribunals would decide how countries could regulate activities that are fundamental to social well-being,” WikiLeaks said.