Some Thoughts on Banning of Cow Slaughter in India

The cow has been in the news recently after the Maharashtra government banned the slaughter of cows and bulls and selling and eating of beef. The ban also covers the transportation of these animals outside the state for slaughter. Many people have welcomed this move since it is felt that cows are an intrinsic part of Indian culture and are useful in agriculture especially in rural areas. Why is a cow so useful and why is there so much controversy about this decision? 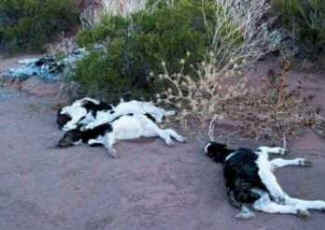 We all know that cows give us milk which is essential for all people and is used to make curd, cheese and other milk products. A cow’s dung is useful as organic manure in agriculture. Even its urine has some chemical properties that are useful in destroying soil pests and mosquitoes. Gobar (cowdung) is also used for making cakes or uple that can be used for making fire and in cooking. Thus we see the various benefits of cows and their products in so many ways in traditional homes. Similarly the bull is also useful in its own way. The animal is extensively used in rural areas – in agriculture and in pulling bullock carts that can carry heavy loads in rural areas. On occasion one can see bullock carts in urban centres also with their heavy loads. Bulls are also in great demand in ploughing fields even today although in many places tractors have replaced them. Bulls are also used for drawing water from wells by means of a wooden mechanism called rahat

It is therefore no surprise that most traditional people especially those who have faith in Hinduism in India were against cow slaughter and eating of beef and are happy with the decision of the Maharashtra state’s ban. There was a demand by some people to ban cow slaughter and selling beef all over the country. The NDA government has not done so – they say the conditions in different states differ so let the concerned state governments take an appropriate decision.

It may be mentioned that the Indian Constitution under Article 48 (Directive Principles of State Policy) states that cow and calf slaughter needs to be banned and efforts should be made to improve the breeds of cows. The article also recommends that agriculture and animal husbandry needs to be organised along scientific lines. About 24 India states have already passed laws banning the slaughter and sale of cows. This move was challenged in the Supreme Court of India. In 2005, the Court upheld the constitutionality of laws prohibiting the sale and slaughter of cows by state governments. These laws vary from State to State depending on the local customs and social and economic conditions.

There is an environmental angle to the ban. Some scientists estimate that to produce a ton of beef will require about 7 million gallons of water. How? This is based on what a cow will eat and drink for which water is required before it is killed for its meat. Water is also required for cleaning it and bathing it occasionally. On the other hand to produce the same quantity of wheat will require about half a million gallon of water. Even if these figures are exaggerated to an extent, the basic argument is that beef requires much more water than wheat and so environmentally eating beef is wasteful.

One may mention here that some western people, who are generally supposed to be meat eaters, are against consuming cow’s milk or any dairy product such as butter or cheese. These people called vegans, are familiar with the cruel treatment meted to cows in cattle yards.

It is interesting to know the history of cow slaughter and eating beef in ancient and medieval India. Whereas it is generally believed that the people who lived in the area that is today known as India used to eat meat of cows and buffalos about 3500 years BC, after the advent of Buddha, this practice was discouraged and by and by most Hindus and Buddhists stopped eating beef. Some scholars believe that some sections of Indians started eating beef with the advent of Islam in India due to various invaders from Iran, Turkey and Middle Eastern countries. As a result cow slaughter was allowed in some parts in North and West India in the medieval age (about 1000 AD) and afterwards.

The Hindu population of India has traditionally revered cows. There are many stories related to the cowherd Krishna who looks after the cows and has interaction with the village girls called Gopis. Krishna is also supposed to be very fond of milk butter and there are several lovable stories of how he steals butter from his own and other’s homes.

After the recent ban by Maharashtra government, several protests were made not only by Muslims but also by a section of activists. There are several counter arguments against the banning of cow slaughter that we briefly discuss. These are basically economic factors that need to be understood.

If slaughter houses and selling of beef is banned who will suffer? Thousands of poor people many of whom are Muslims. They work in slaughter houses as well as are involved in selling of beef. Poor people who eat beef say that cow’s meat is much cheaper than mutton or chicken. If selling of beef is banned these poor people feel cheated. When a cow or bull is killed or dies a natural death its hide is made available for different products –mainly for making of shoes or bags. Obviously this sector also will suffer since there will be no hide available for making leather.

What happens to an old cow or bull which does not produce milk or is able to plough agricultural land? They are pushed out of their shelters. How long can a useless animal be fed and looked after? How do these old cows feed themselves in an urban setting? By scrounging around and feeding on plastic bags. What a shocking sight. It is similar to an old widow being pushed out of her home and made to beg in some religious places like Varanasi or Haridwar or wherever.

What is the answer to this dilemma? This is not an easy question to answer. But the fact is that even though cows are sacred to the Hindu population of the country, slaughter of buffaloes and its meat is not forbidden in most states and people engaged in this profession can remain in it. As a matter of fact, the exports of buffalo meat will continue and indications are that this trade will expand. Those people involved in this profession will not be adversely affected. Moreover many states especially in the North East do not have laws against cow slaughter and eating of beef. The people in those parts would not be affected in any way by the ban by Maharashtra State.

The environmental argument against meat eating however does remain. Since India is facing a huge environmental challenge because of the pollution of its air, soil and water, and resultant climate change, the debate on not only eating beef but even of other varieties of meat cannot be easily dismissed.

Anticopyright: Editorials and articles originated on TMS may be freely reprinted, disseminated, translated and used as background material, provided an acknowledgement and link to the source, TMS: Some Thoughts on Banning of Cow Slaughter in India, is included. Thank you.