The Need for a New Economic System – Part 6: Adverse Effects of Globalization 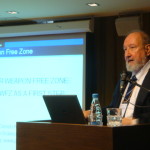 In the early 19th century, industrial society began to be governed by new rules: Traditions were forgotten and replaced by purely economic laws. Labor was viewed as a commodity, like coal or grain, and wages were paid according to the laws of supply and demand, without regard for the needs of the workers. Wages fell to starvation levels, hours of work increased, and working conditions deteriorated.

John Fielden’s book, “The Curse of the Factory System” was written in 1836, and it describes the condition of young children working in the cotton mills. “The small nimble fingers of children being by far the most in request, the custom instantly sprang up of procuring ’apprentices’ from the different parish workhouses of London, Birmingham and elsewhere… Overseers were appointed to see to the works, whose interest it was to work the children to the utmost, because their pay was in proportion to the quantity of work that they could exact.”

“Cruelty was, of course, the consequence; and there is abundant evidence on record to show that in many of the manufacturing districts, the most heart rending cruelties were practiced on the unoffending and friendless creatures…that they were flogged, fettered and tortured in the most exquisite refinements of cruelty, that they were in many cases starved to the bone while flogged to their work, and that they were even in some instances driven to commit suicide… The profits of manufacture were enormous, but this only whetted the appetite that it should have satisfied.”

Dr. Peter Gaskell, writing in 1833, described the condition of the English mill workers as follows: “The vast deterioration in personal form which has been brought about in the manufacturing population during the last thirty years… is singularly impressive, and fills the mind with contemplations of a very painful character… Their complexion is sallow and pallid, with a peculiar flatness of feature caused by the want of a proper quantity of adipose substance to cushion out the cheeks. Their stature is low – the average height of men being five feet, six inches… Great numbers of the girls and women walk lamely or awkwardly… Many of the men have but little beard, and that in patches of a few hairs… (They have) a spiritless and dejected air, a sprawling and wide action of the legs…”

“Rising at or before daybreak, between four and five o’clock the year round, they swallow a hasty meal or hurry to the mill without taking any food whatever… At twelve o’clock the engine stops, and an hour is given for dinner… Again they are closely immured from one o’clock till eight or nine, with the exception of twenty minutes, this being allowed for tea. During the whole of this long period, they are actively and unremittingly engaged in a crowded room at an elevated temperature.”

Dr. Gaskell adds a description of the housing of the workers: “One of the circumstances in which they are especially defective is that of drainage and water-closets. Whole ranges of these houses are either totally undrained, or very partially… The whole of the washings and filth from these consequently are thrown into the front or back street, which, often being unpaved and cut into deep ruts, allows them to collect into stinking and stagnant pools; while fifty, or even more than that number, having only a single convenience common to them all, it is in a very short time choked with excrementous matter. No alternative is left to the inhabitants but adding this to the already defiled street.”

“It frequently happens that one tenement is held by several families… The demoralizing effects of this utter absence of domestic privacy must be seen before they can be thoroughly appreciated. By laying bare all the wants and actions of the sexes, it strips them of outward regard for decency – modesty is annihilated: the father and the mother, the brother and the sister, the male and female lodger, do not scruple to commit acts in front of each other which even the savage keeps hid from his fellows.”

With the gradual acceptance of birth control in England, the growth of trade unions, the passage of laws against child labor and finally minimum wage laws, conditions of workers gradually improved, and the benefits of industrialization began to spread to the whole of society. Among the changes that were needed to insure that the effects of technical progress became beneficial rather than harmful, the most important were the abolition of child labor, the development of unions, the minimum wage law, and the introduction of birth control.

The group was instrumental in founding the British Labour Party (1900), the London School of Economics and the New Statesman. In 1906, Fabians lobbied for a minimum wage law, and in 1911 they lobbied for the establishment of a National Health Service.

The reform movement’s efforts, especially those of the Fabians, overcame the worst horrors of early 19th century industrialism, but today their hard-won achievements are being undermined and lost because of uncritical and unregulated globalization. Today, a factory owner or CEO, anxious to avoid high labor costs, and anxious to violate environmental regulations merely moves his factory to a country where laws against child labor and rape of the environment do not exist or are poorly enforced. In fact, he must do so or be fired, since the only thing that matters to the stockholders is the bottom line.

The movement of a factory from Europe or North America to a country with poorly enforced laws against environmental destruction, child labor and slavery puts workers into unfair competition. Unless they are willing to accept revival of the unspeakable conditions of the early Industrial Revolution, they are unable to compete.

Today, child labor accounts for 22% of the workforce in Asia, 32% in Africa, and 17% in Latin America. Large-scale slavery also exists today, although there are formal laws against it in every country. There are more slaves now than ever before. Their number is estimated to be between 12 million and 27 million. Besides outright slaves, who are bought and sold for as little as 100 dollars, there many millions of workers whose lack of options and dreadful working conditions must be described as slavelike.

In a 2007 article about China’s pollution problem, the New York Times stated that “Environmental degradation is now so severe, with such stark domestic and international repercussions, that pollution poses not only a major long-term burden on the Chinese public but also an acute political challenge to the ruling Communist Party.” The article’s main points included:

The situation in a number of other countries is similar to that in China.

The Trans-Pacific Partnership is one of the trade deals that is currently being negotiated in secret. Not even the US congress is allowed to know the details of the document. However, enough information has been leaked to make it clear that if the agreement is passed, foreign corporations would be allowed to “sue” the US government for loss of profits because of (for example) environmental regulations. The “trial” would be outside the legal system, before a tribunal of lawyers representing the corporations. A similar secret trade deal with Europe, the Trans-Atlantic Trade and Investment Partnership (TTIP), is also being “fast-tracked”. One can hardly imagine greater violations of democratic principles.

The present situation is that agriculture, trade and industry have become global, but the world still lacks adequate institutions at the global level to watch over what is happening and to ensure respect for human needs and respect for the natural environment. Today’s global economic interdependence, instantaneous worldwide communication, and the need for peaceful resolution of international conflicts all call for strong governmental institutions at the global level, but the United Nations today lacks many things that would be necessary if it is to perform such a role: It lacks a legislature with the power to make laws binding on individuals and corporations. It lacks mechanisms for enforcing such laws. And it lacks a large and dependable source of income.

It would be logical to improve the United Nations by giving it the things just mentioned, and by giving it at the same time the task of regulating multinational corporations to ensure that they act in a socially and ecologically responsible manner. It would also be logical to entitle the UN to a fee for acting as a referee in relationships between multinationals and the developing countries. These reforms must come someday because of the logic of our present situation. I hope that they will come soon.

The CEO’s of Wall Street call for less government, more deregulation and more globalization. They are delighted that the work of the reform movement is being undone in the name of “freedom”. But is this really what is needed? Must we go back to the days of child labour and slavery? Must we loose all of our environmental reforms? Must our workers be forced back into the unspeakable conditions of the early Industrial Revolution?

We need instead to reform our economic system and to give it both a social conscience and an ecological conscience. Governments already accept their responsibility for education. In the future they must also accept the responsibility for ensuring that their citizens can make a smooth transition from education to secure jobs. The free market alone cannot do this. The powers of government are needed. Let us restore democracy! Let us have governments that work for the welfare of all their citizens, rather than for the enormous enrichment of the few!

John Scales Avery, Ph.D., who was part of a group that shared the 1995 Nobel Peace Prize for their work in organizing the Pugwash Conferences on Science and World Affairs, is a member of the TRANSCEND Network and Associate Professor Emeritus at the H.C. Ørsted Institute, University of Copenhagen, Denmark. He is chairman of both the Danish National Pugwash Group and the Danish Peace Academy and received his training in theoretical physics and theoretical chemistry at M.I.T., the University of Chicago and the University of London. He is the author of numerous books and articles both on scientific topics and on broader social questions. His most recent book is Civilization’s Crisis in the 21st Century http://www.learndev.org/dl/Crisis21-Avery.pdf.

Anticopyright: Editorials and articles originated on TMS may be freely reprinted, disseminated, translated and used as background material, provided an acknowledgement and link to the source, TMS: The Need for a New Economic System – Part 6: Adverse Effects of Globalization, is included. Thank you.

3 Responses to “The Need for a New Economic System – Part 6: Adverse Effects of Globalization”