There is a sense of great opportunity and hope that a new world can be built in which social and economic progress, environmental protection and better standards of living can be realized through global solidarity and cooperation. Nowhere can these goals be better demonstrated than through the quality of living conditions in our settlements…We are committed to a political, economic, environmental, ethical and spiritual vision of human settlements based on the principles of equality, solidarity, partnership, human dignity, respect and cooperation…We believe that attaining these goals will promote a more stable and equitable world that is free from injustice and conflict and will contribute to a just, comprehensive and lasting peace.

Thus proclaimed the representatives of governments at the Second UN Conference on Human Settlements — Habitat II — held in Istanbul, Turkey in June 1996. Yet these tasks do not depend upon governments alone, for the improvements of our homes, neighbourhoods and villages are activities in which all world citizens can be active in the spirit of Lewis Mumford whose birth anniversary we note on 19 October.

Much of the analysis of the positive potential of cities is due to the writings of the world citizen Lewis Mumford. Mumford was active in the late 1930s and with G.A. Borgese wrote a Declaration on World Democracy in 1940 warning of the dangers of fascism and aggressive nationalism. Mumford was already well-known for his work on the history and role of cities with a series of books such as Technics and Civilization (1934) and The Culture of Cities (1938) as well as being the architectural critic of The New Yorker magazine. 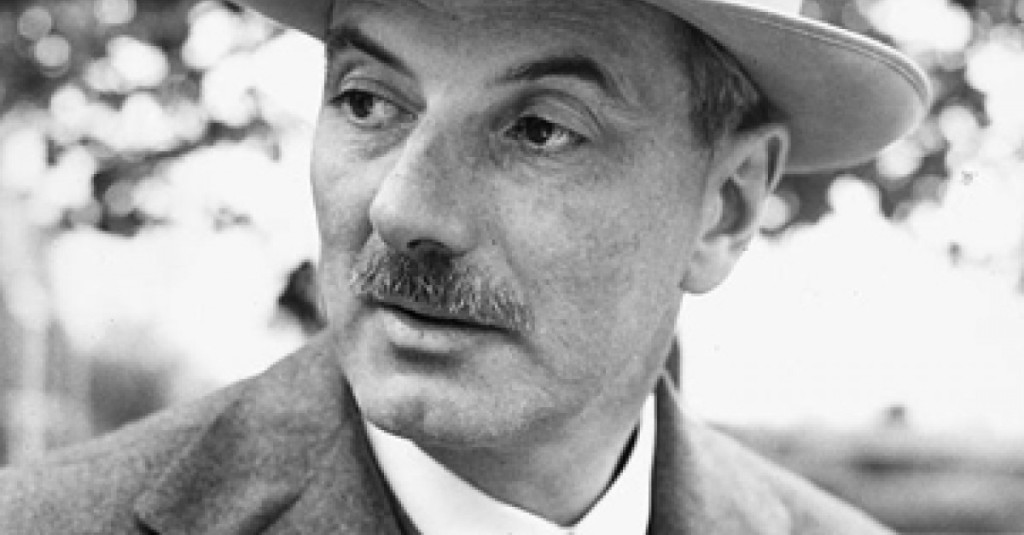 Mumford was a student and follower of the Scottish urbanist Patrick Geddes, author of Cities in Evolution (1915), a study of urban civilization and its relations to the State and forms of political power. In continuing to build on Geddes’ work, Mumford became aware of the importance of studying urban phenomenon not only in relation to technological evolution but above all in relation to political and economic institutions. For Mumford, the primary function of the city is to transform power into form, energy into culture, dead matter into living symbols of art, biological reproduction into social creativity. And these positive functions cannot be carried out without creating new institutions capable of controlling the immense energies at the disposal of modern man.

When the Second World War began, he turned his attention to the dangers of authoritarian values and the related dangers of nihilism with a series of important books that combined his wide knowledge of history and his concern with humanistic values: Men Must Act (1939), Faith for Living (1940), The Condition of Man (1944), and Values for Survival (1946).

As the Second World War ended with the destructive power of atomic bombs, he stressed the link between science, technology and destruction. Starting in 1946, he was very active in anti-nuclear-weapon campaigns and in favour of creating a world government that would provide for a real control of nuclear energy. From 1952 onwards, because of his pacifist activities, he was accused of being a Communist and subjected to FBI surveillance. However, he was critical of Karl Marx’s abstract economic reasoning, and even more critical of Stalin’s policies in the USSR, including Stalin’s urbanization efforts. Mumford wrote, “Karl Marx properly recognized how effective a role the organization of the materials of production (technology) played in molding the human personality. But he made the grave error of treating economic organization as an independent, self-evolving factor, immune to active human intervention; whereas this form of materialization is but one of the many ways in which the fermenting ideas of a culture become accepted, regularized, carried into general daily practice.”

Mumford was equally critical of US foreign policy and its reliance on anti-Soviet military alliances. He wrote, “No purely military measures will give us the power to prevail over Russia’s ideas or to avoid a final collision with those ideas on a field of battle. If we continue to rely upon negative measures alone, we are headed straight for war, extermination, and the wholesale disintegration of modern civilization. The fact is that both the United States and Soviet Russia have misconceived their national interests, and have acted as if one side or the other would absolutely prevail. Both are wrong. There is no way out of the present impasse which will not require painful sacrifice by ourselves as well as the Russians; for unless we contrive an honourable method to meet each other halfway we cannot continue to live in the same world. If we are to live together politically, Russia will have to abandon its fascist methods, for they are hostile to all forces that enhance and develop human life. We, in our turn, will have to give up, not the institutions of democracy, but the notion that mammonism and mechanism are the be all and end all of human existence. So the next question is on what basis, before it is too late, can the governments of both states retreat from suicidal course they have been following.”

It was the US war in Vietnam (1963-1975) which for Mumford symbolized the destructive control by power of creativity and life. Probably Mumford’s most powerful book, summing up his approach and vision is The Pentagon of Power (1970). For Mumford, the US Defense Department headquarters, the Pentagon, as a building symbolized the problems that the USA and the whole world faced. He wrote “Though the power system can be adequately represented by abstractions, the concrete form of the Pentagon in Washington serves even better than its Soviet counterpart, the Kremlin, as a symbol of the absurdity of totalitarian absolutism; all the more because this particular megastructure combines a pathetically outmoded Renascence plan with the current wasteful and inefficient facilities for monotransportation by private car. Not the least mark of Pentagonal authority is its imperviousness to information coming from outside sources and expressing human desires and purposes that have no status in the power complex. This in itself helps explain, perhaps, the increasingly desperate human reactions that the system is now provoking throughout the world. Never before has such a vast number of human beings, virtually the entire population of the planet, lived at the mercy of such a minuscule minority, whose specialized knowledge seems only to increase the magnitude of their incompetence in the very areas of their professional specialization.”

It is the rigidity of form — both mental and physical — that Mumford attacks. “Once modern man understands the need for continuity and selective modification, in terms of his own capacities and purposes, instead of blind conformity to either nature or his own technology, he will have many fresh choices before him…The new age will begin when a sufficient number of men and women in every land and culture take upon themselves the burden men once sought to transfer to an Emperor, a Messiah, a dictator, a single God-like man. That is the ultimate lesson of democracy: the burden cannot be shifted. But if each one of us, in his own full degree, accepts this desperate condition for survival, that which seemed a threat to man’s future development will be transformed into a dynamic opportunity.”

For Mumford, as a Citizen of the World, there is a need for a shift from a highly mechanized system to an organic one. This is a human, not a technical problem, and it admits only a human solution. He writes “The great revolution needed to save mankind from the projected assaults against life by the controllers of the megamachine demands first of all a displacement of the mechanical world picture with an organic world picture, in the center of which stands man himself.

“If we are to prevent megatechnics from further controlling and deforming every aspect of human culture, we shall be able to do so only with the aid of a radically different model derived directly, not from machines, but from living organisms and organic complexes (ecosystems)…This benign transformation can happen only on one condition, and that is a hard one: namely that the life-negating ideals and methods of the power system be renounced, and that in every kind of community, to live not for the sake of exalting power but for reclaiming the planet, for life through mutual aid, loving association, and biotechnic cultivation.”

Anticopyright: Editorials and articles originated on TMS may be freely reprinted, disseminated, translated and used as background material, provided an acknowledgement and link to the source, TMS: Lewis Mumford (19 Oct 1895 – 26 Jan 1990), is included. Thank you.