29 Feb 2016 – Forever Imminent is not an oxymoron. It’s a readily observable fact. We have been living far too long with the inconvenient truth of nuclear weaponry.

Two towering exclamation points have been writ high on the sky, each an indelible imprint on human consciousness. Hiroshima! Nagasaki!

And yet, 70 years later, through the countless wars that have followed WWII, on the surface of the fracturing social, economic and political global landscape, humanity dreams on, unaware and unforgiven.

There is no longer a need or reason to point fingers, this one at that other. That would merely be more of the same, another futile exercise in the politics of blame, so prevalent in our time. We are all guilty. This is especially true in 2016. Should today’s threat become tomorrow’s reality, we all started it.

Nuclear weapons are non-human and have become non-political, for they no longer have any strategic use for those who consider themselves sane. In October 1962, they were bargained away from being used, but that was by a razor-thin rationale that then existed and fortunately prevailed. Now, fifty-four years later, will equally rational leaders appear and prevail? On each of the now-multiple nuclear fronts? Simultaneously?

Nukes, as they are affectionately termed, were born of dark holes in the human spirit. Their omnipresence is concealed by the polished mirrors of ego-consciousness and docilely accepted by the blinding glitter of an economic system based on the zero-sum logic of our reptilian past. A system that will sustain us for as long as it possibly can, as it sputters, coughs and excuses its way forward for a few more steps. Perhaps we should remember that John Nash himself proved the error of his non-zero-sum economic theory, a lynchpin of our faltering neoliberal capitalist system, with the tragic way he and his wife suddenly died. Most unfortunately, miscalculations and mistakes do happen, in life, in economics, and with nukes.

The mad impossibility of reducing and eliminating these pet monsters is countered by the insanity of our acceptance of their existence. We need to believe they are under total control, as we peacefully go to sleep, yet once again, on this night.

How is it that we are able to sleep? After spending our days locked in a dream world, conjured by machinations of the media/corporate/academic complex. Does Facebook, where masses of individuals now live, drug us into enticing complacency? Is Internet addiction a new form of anti-anxiety medication, along with consumerism and the whole circus of available distractions? What is it that conspires to keep us from meaningful reflection and a healthy and natural life?

What has happened to human time? For most of our modern societies, it has been transformed into silicon time, our social rhythms now in pace with those of the computer.

All of us now strain, socially, economically and human-spiritually, to keep up with The Machine. As wealth is automatically sucked upwards and the common man’s state of peace spirals downwards, we struggle to understand why this is happening. We see our universities working for profit and no longer bothering with the “non-profitable” humanities, our true common wealth. We see our students, many knee-deep in college debt, lining up for whatever work might be available. We see families with each parent needing an income while they try hard to recalculate their children’s futures. We see our elderly confused as to what has happened to the world they were once so sure of. And we see our very young looking up with the purity of hope still shining in their eyes.

Exhausted and anxious, how is it that we sleep?

And in this milieu of a busy, stressed and increasingly neurotic world, does anyone have the time or the interest to seriously consider the latest, highly enhanced, developments in nuclear weaponry? “Improvements” that make ever smaller bombs much easier to deploy, to use, to copy and to steal.

As Jan Oberg recently wrote for TMS, ” . . . people without a sense of history, addicted to militarist power and ignorant about ethics believe we can safely continue with nuclear arms races, doctrines for their use – and everything will go fine.” And continued, “Well, that’s like the man who has thrown himself out from the 48th floor and when passing the 8th convinces himself that ‘this is going fine.'” Such a perspective appears to be the view of a blasé public concerning our forever imminent threat, everything is going just fine.

Then what can be done to draw public attention back to the ultimate immorality of nuclear war? How do we extricate ourselves from this cloud of unknowing and face the starkest reality of our time? Where do we find the moral courage to once again come face to face with the demons that humanity has created for its own destruction? Who will testify for the unthinkable horror that might someday, by anger, method, quick reaction or mistake, be spread wide across our yet innocent and highly vulnerable planet?

Who has had the experience of living through an atomic hell on earth and has survived until now to tell about it?

Only those who survived the bombings of Hiroshima and Nagasaki and who have subsequently passed this knowledge on to their descendants and those who have heard them speak.

What would be the most appropriate way to honor their collective 70-year mission of peace and hope to a world lost in today’s rush towards continual consumption and potential total annihilation?

One way may be by creating a respectful Hiroshima~Nagasaki International Memorial in an appropriate international location to all the victims (known as Hibakusha, which include non-Japanese) and their descendants, and to do it with small individual amounts of public funding. In this way, world citizens from all walks of life might once again have the courage to face what the survivors from Hiroshima and Nagasaki had no choice but to face. Since many of the first generation Hibakusha are elderly and will soon be gone, and with their passing we will be left without their testimony, now is the time to honor them by preserving their 70-year legacy. Peoples of all nations might then be better able to remember the horrors of our collective past while reconceiving the possibility of living in a world free of nuclear weapons.

For once the future is reconceived, a better world may perhaps be born.

In a recent edition of TMS, Robert C. Koehler expressed the following concerning his fellow American citizens, “Forgiveness! Is there a riskier concept to bring to the American public?”

Precisely. It is risky because this is perhaps what America most needs. Self-forgiveness, which is one of the most difficult kinds of collective humility. Those who do not see the need for this seem to be the ones who perpetrate more suffering, both for others and for themselves. Perhaps this is what not only the United States but also the world is silently waiting for, a sign of global humility in order to better comprehend our shared plight.

Of course, it all depends on whether people still really care. For now, it all begins with a collective positive answer to that question. 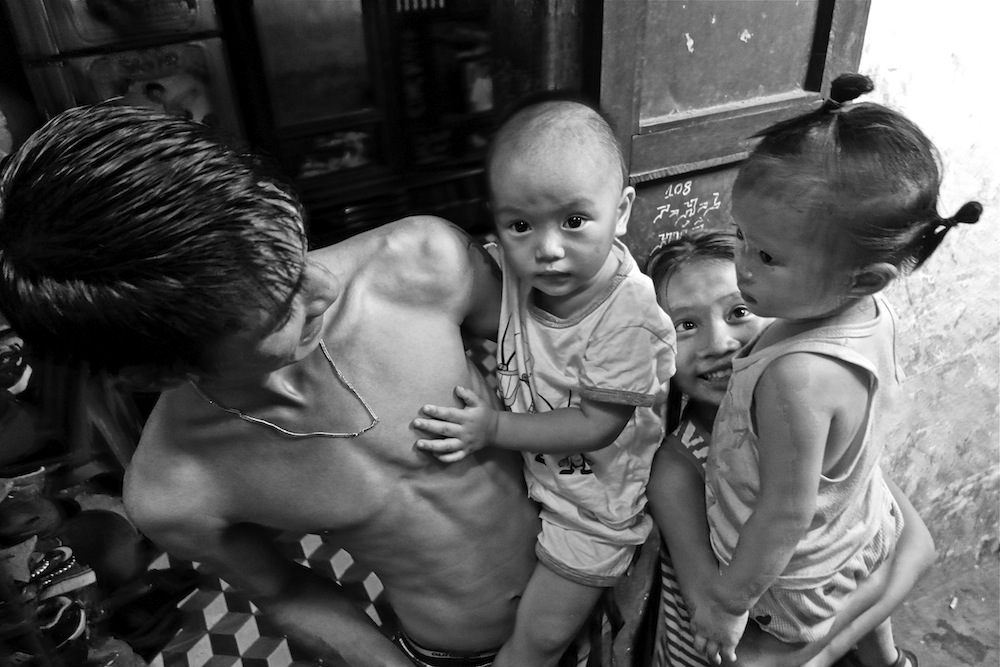 “The fact that human beings are considering saving millions of lives by killing millions of their fellow human beings is so preposterous that the words ‘saving lives’ have lost all their meaning. One of the most tragic facts of our century is that this ‘No’ to nuclear weapons has been spoken so seldom, so softly and by so few.” (Henri J.M. Nouwen)

Robert Kowalczyk is a former Professor and Department Chair of the Department of Intercultural Studies in the School of Art, Literature and Cultural Studies of Kinki University, Osaka, Japan. Currently, he is the International Coordinator of Peace Mask Project.

Anticopyright: Editorials and articles originated on TMS may be freely reprinted, disseminated, translated and used as background material, provided an acknowledgement and link to the source, TMS: A Forever Imminent Threat?, is included. Thank you.