Nuclear Weapons and Nuclearism: Abolish or Be Abolished 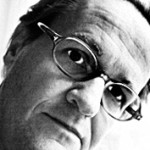 The nuclear age is an age of terror

Nuclear weapons are the ultimate weapons of terror. You can’t use them without killing millions of innocent people. Targetting innocent people, people who are not part of a conflict, is a central defining characteristics of terrorism.

That’s why the world’s governments decades ago decided to work for general and complete disarmament – i.e. for nuclear abolition – in the spirit too of Alfred Nobel.

As a matter of fact, the first UN General Assembly resolution of January 24, 1946 established a Security Council tasked with achieving ‘the elimination from national armaments of atomic weapons and all other weapons adaptable to mass destruction.’

Today, however, people without a sense of history, addicted to militarist power and ignorant about ethics believe we can  safely continue with nuclear arms races, doctrines for their use – and everything will go fine.

They even believe that those of us who uphold the ideals of nuclear abolition are naive: it is un-realistic to rid the world of these doomsday weapons, isn’t it?

Well, that’s like the man who has thrown himself out from the 48th floor and when passing the 8th convinces himself that “this is going fine.”

The terrorist ideology most people associate with al-Qaeda and ISIS – small-scale and private – is found at a mega-level in state terrorism – the planned or accidental killing by nukes of millions upon millions of innocent civilians.

Whoever produces, possesses, stockpiles, does research on, has nuclear doctrines, plans the use of or actually uses nukes believes fundamentally in the philosophy of terrorism.

Whether NATO countries or North Korea.

Governments operating on that philosophy – also embedded in the term “balance of terror” – don’t want you to think of them in such terms.

They want us to believe that nuclear weapons preserve peace by deterring war.

However, this is nonsense. A deterrent is no deterrent if the adversaries know that the other will never, under any circumstance, push the button.

Why they are so dangerous

1) Every nuclear weapon is there to be used if…the logic is false and human beings do not react rationally in stress situations.

Why do we so easily accept to live with the nuclear terror threat when we are obsessed about fighting a ‘war on terror’ only against the small-scale terrorists?

It’s time to take the fight to the next level – the fight against nuclear state terror. Before it too becomes a nuclear private terror.

Being committed to the UN Charter norm of making peace by peaceful means TFF is always here to provide public education on these issues.

Today we bring you some high-quality links to facts about nuclear weapons and about the dangers of the Nuclear Age – many of which you may not have thought of.

Please help share them, particularly to younger people who generally have very little knowledge about these matters.

More dangerous now than during the Cold War

Rearming for the apocalypse

The legality of nuclear weapons

The man who saved the world

The nuclear missile force beset with problems of discipline, training, leadership and morale

20 mishaps that could have started a nuclear war

Political responsibility in the nuclear age

Nuclearism – look at it in new ways

We shall all go together 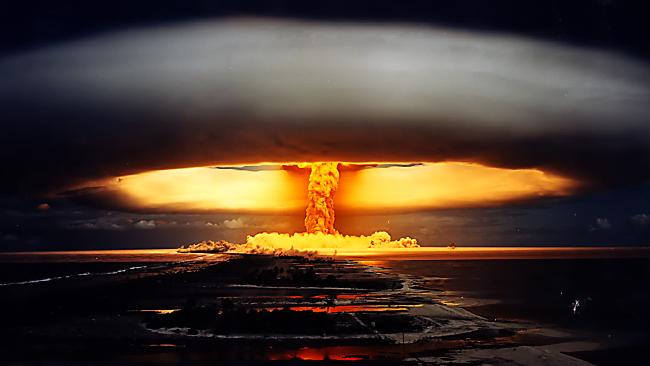 One Response to “Nuclear Weapons and Nuclearism: Abolish or Be Abolished”