29 Apr 2016 – In 1996, the International Atomic Energy Agency (IAEA) stated that Chernobyl was “the foremost nuclear catastrophe in human history”. 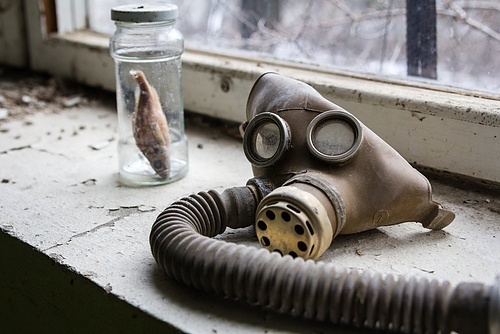 In 2005, the IAEA and World Health Organisation (WHO) set out their united view:

“The magnitude and scope of the disaster, the size of the affected population, and the long-term consequences make it, by far, the worst industrial disaster on record.

“Chernobyl unleashed a complex web of events and long-term difficulties, such as massive relocation, loss of economic stability, and long-term threats to health in current and, possibly, future generations.”

In 2006, the independent TORCH (The Other Report on Chernobyl) report examined the health evidence. However thousands of scientific articles have been published since then.

These are discussed in a new TORCH-2016 report commissioned by Friends of the Earth Austria and funded by the City Government of Vienna. It clearly indicates that the adverse effects from Chernobyl are continuing.

The accident had many consequences, including economic, ecological, social and political effects. TORCH-2016 focuses on the health effects, and clearly shows they were and are manifold, severe, widespread, and long-lasting. In a word, devastating, contrary to a recent article in Scientific American.

The headline estimate of 40,000 future cancer deaths is derived from the collective dose estimate of 400,000 person sieverts by the United Nations Scientific Committee on the Effects of Atomic Radiation (UNSCEAR) in 2011.

This figure is multiplied in TORCH-2016 by the currently accepted risk of fatal cancer from radiation (10% per person sievert) to arrive at an expected 40,000 fatal cancers in future. This is a valid routinely-used estimation method using the official linear no-threshold (LNT) model of radiation risks. The 40,000 figure is the same order of magnitude as other academic estimates.

The accident contaminated over 40% of Europe as shown in the map of Cs-137 concentrations below. This included the UK: indeed food restriction orders were finally repealed in Wales only in 2012. Restrictions still exist in several other countries, especially on wild foods.

The problem with nuclear power is that it can be supremely unforgiving: when things go wrong – as at Chernobyl (and Fukushima in 2011) – they can go very, very wrong indeed. Contaminating over 40% of Europe plus an estimated 40,000 deaths are pretty disastrous effects.

A Question of Trust

In 2005, the IAEA/WHO stated “What the Chernobyl disaster has clearly demonstrated is the central role of information and how it is communicated in the aftermath of radiation or toxicological incidents. Nuclear activities in Western countries have also tended to be shrouded in secrecy.

“The Chernobyl experience has raised the awareness among disaster planners and health authorities that the dissemination of timely and accurate information by trusted leaders is of the greatest importance.” While this is undoubtedly correct, it raises the vexed question of trust in governments which, for many people, has been eroded or does not exist after Chernobyl and Fukushima.

To re-establish that trust will be difficult. At a minimum, it will require the following steps. First, governments to make clear to their citizens that they will consider safer energy options that do not have the potential for another Chernobyl or Fukushima. Many such options exist.

Second, a dialogue to be set up between agencies such as IAEA, WHO and national governments on the one hand and various NGOs and health charities on the other for exchanges of views on radiation risks. Transparency is essential.

Third, WHO should no longer be required to have its reports on radiation matters vetted by the IAEA, as presently required under the 1959 agreement between the two UN agencies.

Dr Ian Fairlie is an independent consultant on radioactivity in the environment. He has a degree in radiation biology from Bart’s Hospital in London and his doctoral studies at Imperial College in London and Princeton University in the US concerned the radiological hazards of nuclear fuel reprocessing. Ian was formerly a DEFRA civil servant on radiation risks from nuclear power stations. From 2000 to 2004, he was head of the Secretariat to the UK Government’s CERRIE Committee on internal radiation risks. Since retiring from Government service, he has acted as consultant to the European Parliament, local and regional governments, environmental NGOs, and private individuals.