7 Jul 2016 – A recent report from the National Academy of Science of The United States, titled Gene Drives on the Horizon : Advancing Science, Navigating Uncertainty, and Aligning Research with Public Values”, warns:

“One possible goal of release of a gene-drive modified organism is to cause the extinction of the target species or a drastic reduction in its abundance.”

Kevin Esvelt of MIT exclaims “a release anywhere is likely to be a release everywhere”, and asks “Do you really have the right to run an experiment where if you screw up, it affects the whole world?”

The NAS report cites the case of wiping out amaranth as an example of “potential benefit”. Yet, the “magical technology” of Gene Drives remains a Ghost, or the Department of Defence of the United States Government’s secret “weapon” to continue its War on Amaranthus Culturis.

The aforementioned study on ghost-tech was sponsored by DARPA (The Pentagon’s Research Ghost) and The Bill and Melinda Gates Foundation (The ghost of the Microsoft Monopoly). DARPA has been busy. Interestingly, Microsoft BASIC was developed on a DARPA Supercomputer across the street from MIT, at Harvard. Where does DARPA end and MIT start? Where does Microsoft end and The Bill and Melinda Gates Foundation start. The orientation of our technologies has been dictated by the DARPA-Mind, a Mechanical Mind trained in War, and Gates continues to colonise meaning, just as gates had done to our lands, and the Green Revolution has done to our food.

Our planet has evolved, in balance, creating balance, for 4.6 billion years. Homo sapiens emerged around 200,000 years ago. About 10,000 years ago, Peasants developed the selection and breeding of seeds and domesticated agriculture began. Human creativity combined with nature to provide the abundance that allowed the evolution of societies and species. Humanity and Nature renewed each other, sustaining civilisation and providing the potential for the Industrial Revolution.

75 years ago DARPA-Mind began its Extermination Experiment, and sent humanity off-axis. The Chemicals, Materials, and Technologies acquired during “The War”, and patented (interestingly, the Internal Combustion Engine Patent belongs to Texaco), were forced on Amaranthus Culturis – The Cultures of Living Cycles.

DARPA-Mind called it “The Green Revolution”, colonised the meanings of those two words, and began Stockpiling Chemicals of War in Our Fields; there is nothing “green” or “revolutionary” about Extermination, it must be a secret service code name for the assault that now has the names “Gene Drives”, “CRISPR”, or more accurately, Genetic Engineering.

Rationale: Palmer amaranth infests agricultural fields throughout the American South. It has evolved resistance to the herbicide glyphosate, the world’s most-used herbicide (Powles, 2008), and this resistance has be- come geographically widespread.”

Palmer Amaranth has emerged as one of the superweeds. Instead of seeing the emergence of Palmer Amaranth as a superweed, as a result of the failure of the misguided approach of Herbicide Resistant GMOs, Monsanto & Co – which includes investors, scientists, corporations, DARPA, and Gates, are now rushing to drive the Amaranth species to extinction through the deployment of an untested Tool. The tool of gene editing and gene drives – genetic “Copy-Paste”. Untested DARPA-Mind Tools have real impacts on our world. Intelligence requires that we stop, and assess why the tool of GMOs is creating superweeds, instead of controlling weeds, as it promised. Such assessment is real Science.

“Gene drives developed for agricultural purposes could also have adverse effects on human well- being. Transfer of a suppression drive to a non-target wild species could have both adverse environmental outcomes and harmful effects on vegetable crops, for example. Palmer amaranth in Case Study 6 is a damaging weed in the United States, but related Amaranthus species are cultivated for food in in Mexico, South America, India, and China.”

A scientific assessment would tell us that plants evolve resistance to herbicides which are suppposed to kill them because they have intelligence, and they evolve. Denial of intelligence in life, and denial of evolution is unscientific. 107 Nobel Laureates – including two that have long passed on – “signed” a letter in support Genetic Engineering a few days ago. Clearly ‘Science’ did not prompt that “communication”.

Amaranth’s root, the word amara – meaning ‘eternal’ and ‘deathless’ in both Greek and Sanskrit – connects two formidable Houses of the Ancient World. From the high slopes of the Himalayas, through the plains of north, central and south India, to the coastlines of the east, west and the south, Amaranth is a web of life in itself. Numerous varieties are found throughout the country. In fact, the Himalayan region is one of the ‘centres of diversity’ for the Amara-nth.

Amaranth, Amaranto, love-lies-bleeding, tassel flower, Joseph’s coat, or ramdana (gods own grain) is the grain of well-being. It is rich in names, nutrition, history and meaning. There are records of Amaranth cultivation in South and Meso America as far back as 5,000 B.C. The sacred Amaranth criss-crosses the Ancient World, nourishing cultures from the Andes to the Himalayas. Amaranth is a sacred grain for the Indian Civilisation as much as it is for the Aztec Civilisation, civilisations in the shadow of time, yet very much alive. To force cultivation of cash crops that could be traded more easily, the cultivation of Amaranth was forbidden, and punishable by death. The “pagan” grain that built civilisations was outlawed, to pave the way for Cash Crops for traders. 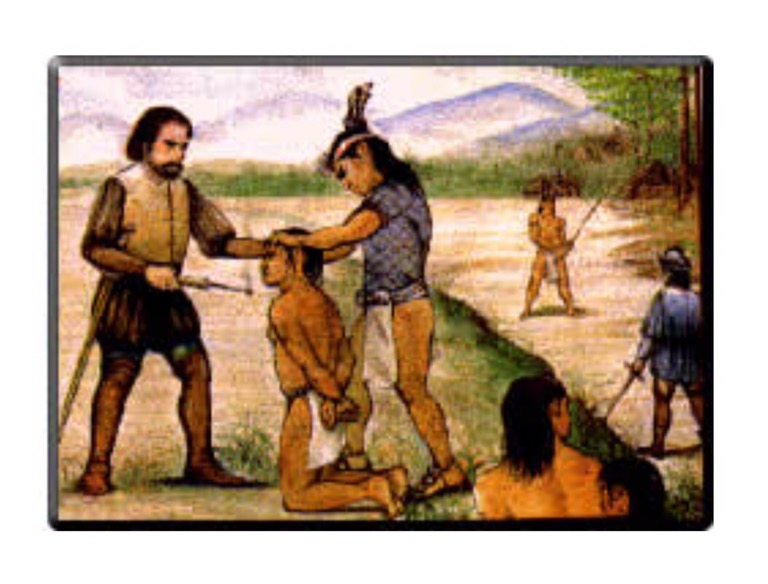 “Amaranth was also used as a ceremonial plant in the Aztec empire. In several days the religious calendar, Aztec or Inca women grind or roasted amaranth seed, mixing it with honey or human blood, giving it the shape of birds snakes, deer, or mountains and Gods, ate them with respect and devotion as Food of the Gods.”

The leaves of the amaranth contain more iron than spinach, and have a much more delicate taste. If Popeye – “the sailor man”, had Amaranth on his “ship”, he wouldn’t have needed canned food to fight off his nemesis – “the bearded captain”. Besides rice bran, the grain of the amaranth has the highest content of iron amongst cereals. 1 kilogram of Amaranth flour, added to 1 kilogram of refined wheat flour, increases its iron content from 25 milligrams to 245milligrams. Adding amaranth flour to wheat/rice flour is a cheaper and healthier way to prevent nutritional anaemia; rather than buying expensive tablets, tonics, health drinks, branded and bio fortified flour, or canned spinach from the ship.

The Amaranth is extremely rich in complex carbohydrates and in proteins. It has 12-18% more protein than other cereals, particularly lysine – a critical amino acid.It also differs from other cereals in that 65% is found in the germ and 35% in the endosperm, as compared to an average of 15% in the germ and 85% in the endosperm for other cereals. When Amaranth flour is mixed 30:70 with either rice flour or wheat flour, protein quality rises, from 72 to 90, and 32 to 52, respectively. The Amaranth grain is about the richest source of calcium, other than milk. It has 390 grams of calcium compared to 10 grams in rice, and 23 grams in refined flour.

Amaranth is nearly 500% richer in Carotene than GMO Golden Rice – which is being promoted as a ~~~future miracle~~~ for addressing Vitamin A deficiency.

Golden Rice has failed to materialise for 2 decades. Phantom technology?

The poorest, landless woman and her children have access to nutrition through the generous gift of the Amaranth .

Industrial agriculture – promoted by United States Foreign Policy – treated Amaranth greens as “weeds”, and tried to exterminate with herbicides. Then came Monsanto, with Round Up Ready crops, genetically engineered to resist the spraying of Round Up so that the GMO crop would survive the otherwise lethal chemical, while everything else that was green perished. As was stated by a Monsanto spokesman during the negotiations of the Convention on Biodiversity (CBD), Herbicide resistant GMOs “prevent the weeds from stealing the sunshine”. 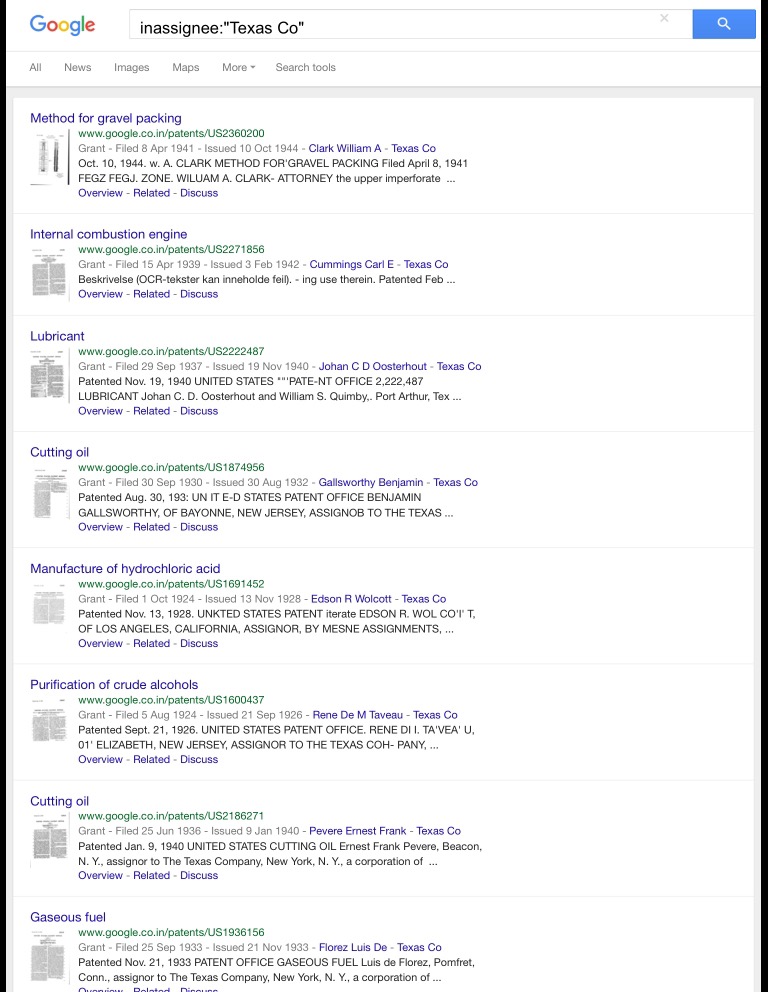 This DARPA-Mind world view is distorted.

Firstly, what are weeds to Monsanto are food and nutrition for women of the South. Secondly, the sun shines with abundance for all. Sharing the sun’s blessing is a right of all species. In Amaranthus Culturis – the world of biodiversity and the sun, scarcity is alien, there is merely abundance. Sharing abundance creates abundance. It is not stealing. Stealing is a concept created by Monsanto & Co. When farmers save and share seeds, Monsanto would like to define it as “stealing”. When the sun shines on the earth and plants grow, Monsanto would like to define it as a plants “stealing” the sunshine, while Monsanto Co. privateers our biodiversity.

This is exactly how seed famine and food famine are engineered through a world view which transforms the richness of diversity into monocultures, abundance into scarcity. The paradigm of Genetic Engineering is based on Genetic Determinism and Genetic Reductionism. It is based on a denial of the self organised, evolutionary potential of living organisms. It treats living organisms as a lego set. But life is not lego, meccano, or stratego. It is life – complex, self organised, dynamic evolution – auto poetic.

The right to food and nutrition of the people outside the US , and the right of the amaranth to continue to grow and evolve and and nourish people , can be extinguished by powerful men in the US because they messed up their agriculture with Round up Ready crops , and now want to mess up the planet , its biodiversity , and food and agriculture systems of the world with the tool of gene drives to push species to extinction.

As in the case of GMOs, the rush for Gene Drives, and CRISPR-based Gene Editing are linked to patents. Bill Gates is financing the research that is leading to patents. And he with other billionaires has invested $130 million in a company EDITAS to promote these technologies. Bayer, the new face on Monsanto & Co,has invested $35 million in the new GMO Technologies, and committed $300 million over the next 5 years.

We are members of an Earth Family. Every species, every race is a member of one Earth Community. We cannot allow some members of our Earth Family to allocate to themselves the power and hubris to decide who will live, and who will be exterminated.