Neither side is likely to back down over autonomy and independence, but that doesn’t mean both sides are equally to blame. 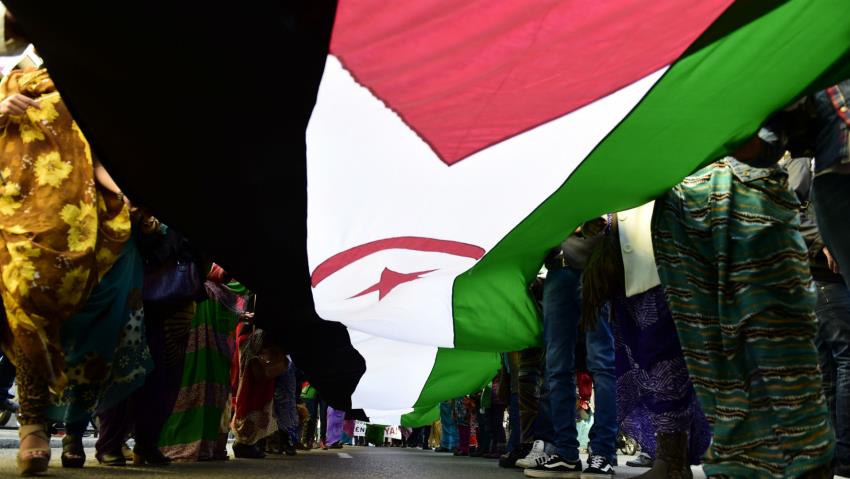 19 Aug 2016 – As Special United Nations Envoy Christopher Ross prepares for his upcoming tour to the Maghreb to help move forward the stalled Western Sahara peace process, he will likely be putting forward a proposal for some kind of federated status between Morocco and Western Sahara.

Morocco has failed to live up to the terms of the 1991 UN-supervised ceasefire agreement with the Polisario Front – a secular nationalist movement that waged an armed struggle against Spanish colonialists and later against Moroccan occupiers – which called for a free and fair referendum by the people of Western Sahara on the fate of the territory.

A series of resolutions by the UN Security Council and the UN General Assembly, as well as a landmark 1975 advisory ruling by the International Court of Justice, have reaffirmed the right of the people of Western Sahara to self-determination.

However, France – and, at times, the United States – have blocked the Security Council from enforcing its resolutions as part of their perceived need to strengthen the Moroccan monarchy, seen as a bulwark against Communism and radical Arab nationalism during the Cold War and, in more recent years, an important ally in the struggle against Islamist extremism.

The Moroccan plan for autonomy falls well short of what is required in bringing about a peaceful resolution to the conflict.

As an alternative to a referendum, Morocco has been pushing a plan for limited autonomy. The proposal has received strong support from a number of Morocco’s allies, particularly the French. In addition, the likely future US president Hillary Clinton praised the proposal, both as a US senator and as secretary of state.

However, the Moroccan plan for autonomy falls well short of what is required in bringing about a peaceful resolution to the conflict by working on the assumption that Western Sahara is part of Morocco, a contention that has long been rejected by the United Nations, the World Court, the African Union and a broad consensus of international legal opinion.

International opposition to the autonomy plan has been based on the fear that, for the first time since the founding of the United Nations and the ratification of the UN Charter more than sixty years ago, the international community would be endorsing the expansion of a country’s territory by military force, thereby establishing a very dangerous and destabilising precedent.

The federation proposal potentially presents a similar problem, though it would come closer to recognising Western Saharan sovereignty while maintaining close ties to Morocco.

Morocco thus far seems reluctant to provide the Western Saharans with anything more than put forward in their 2007 proposal for limited autonomy. The Polisario is still pressing for a referendum on outright independence. With Morocco having close to 40 times the population of Western Sahara and having already moved many tens of thousands of settlers into the occupied territory, outnumbering the indigenous Sahrawi population, the Polisario would be reluctant to accept a federation without guarantees of Sahrawi control of the territory and equality with Morocco within such a federation.

As a result, Ross’ upcoming tour will not likely be any more successful than his previous visits. Neither side is likely to agree on a compromise to the degree that the other side would find acceptable.

As with the stalemate in peace talks between Israel and the Palestinian Authority, however, the problem should not be blamed on “the failure of both sides to compromise”. As with Palestine, Western Sahara is an occupied territory which the international community recognises as having the right of self-determination.

Like the PA, the Polisario has already offered guarantees to protect Moroccan strategic and economic interests if allowed full independence. Like Israel, Morocco remains in violation of a series of UN Security Council resolutions supporting the right of the people of the occupied territory to self-determination, which necessarily includes the option of independence.

Just as the US veto power in the Security Council has made it impossible for the United Nations to enforce its resolutions and allow for Palestinian self-determination, the French have played a similar role in protecting Morocco from living up to its international responsibilities.

And, just as civil society groups have taken initiative against the Israeli occupation through the campaign in support of boycotts, divestment, and sanctions (BDS), similar campaigns have been launched in Europe and elsewhere in support of Western Sahara.

In the comparable case of East Timor, it was only after human rights organisations, church groups and other activists in the United States, Great Britain and Australia successfully pressured their governments to end their support for Indonesia’s occupation that the Jakarta regime was finally willing to offer a referendum which gave the East Timorese their right to self-determination.

Stephen Zunes is professor of politics and coordinator of Middle Eastern studies at the University of San Francisco. Follow him on Twitter: @SZunes