About 90 percent of the world’s illegal opium is estimated to come from Afghanistan. 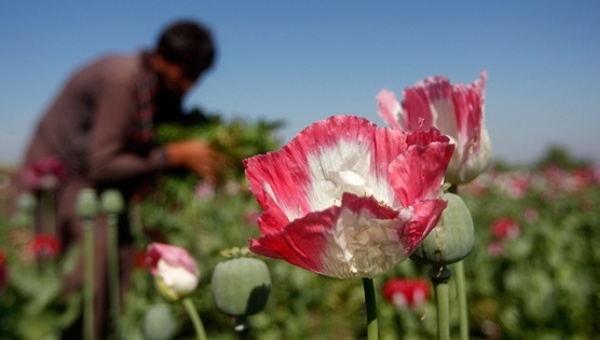 31 Aug 2016 – Since the U.S.-led NATO invasion of Afghanistan in 2001, the production of opium in the country has increased by 40 times according to Russia’s Federal Drug Control Service, or FSKN, fueling organized crime and widespread death.

The head of the FSKN, Viktor Ivanov, explained the staggering trend at a March U.N. conference on drugs in Afghanistan. Opium growth in Afghanistan increased 18 percent from 131, 000 hectares to 154, 000, according to Ivanov’s estimates.

“Afghan heroin has killed more than one million people worldwide since the ‘Operation Enduring Freedom’ began and over a trillion dollars has been invested into transnational organized crime from drug sales,” said Ivanov according to Counter Current News.

Prior to the invasion of Afghanistan, opium production was banned by the Taliban, although it still managed to exist. The U.S. and its allies have been accused of encouraging and aiding in the opium production and the ongoing drug trafficking within the region. Ivanov claimed that only around 1 percent of the total opium yield in Afghanistan was destroyed and that the “international community has failed to curb heroin production in Afghanistan since the start of NATO’s operation.”

Afghanistan is thought to produce more than 90 percent of the world’s supply of opium, which is then used to make heroin and other dangerous drugs that are shipped in large quantities all over the world. Opium production provides many Afghan communities with an income, in an otherwise impoverished and war-torn country. The opium trade contributed around $US2.3 billion or around 19 percent of Afghanistan’s GDP in 2009 according to the U.N.

Around 43 percent of drugs produced in Afghanistan are moved through Pakistan, according to the United Nations Office on Drugs and Crime.

The Islamic State Group is reported to have recently taken over opium production and trafficking. In November, the extremist group was estimated to be earning over $US 1 billion from the opium trade. Profits also go to international drug cartels and money-laundering banks.