Towards a New Economic System for the 21st Century

The new economic system should be based on localised forms of industry, finance and participatory democracy. 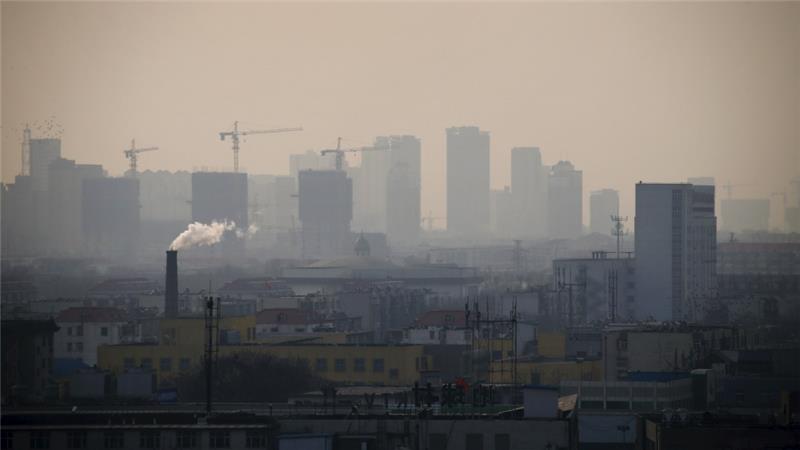 A revolution in consciousness is mandatory in order for a great shift to occur in the way the global economy works and the future we want, writes Polychroniou [Reuters]

20 Aug 2016 – In his Prison Notebooks, the Italian revolutionary Antonio Gramsci wrote: “The crisis consists precisely in the fact that the old is dying and the new cannot be born; in this interregnum a great variety of morbid symptoms appear.”

Today, it is the world economy, to be precise, that finds itself once again in the midst of an interregnum. The post-war model of economic growth that produced the golden age of capitalism is long gone, but a new economic system has yet to be born.

The morbid symptoms around abound: Intense and growing inequality, massive unemployment and extreme youth idleness in many parts of the world, rapidly declining standards of living, dangerously high levels of both public and corporate debt, a financial system that remains out of whack, and ecological collapse.

Moreover, the world economy not only continues to rely on fossil fuels to power growth, but is actually increasing the consumption of primary energy sources – such as coal, oil and natural gas – in spite of the phenomenon of global warming which threatens to destroy human civilisation as we know it.

Indeed, the existing economic model is defunct: consider also the fact that productivity growth in the advanced economies of the world since the eruption of the financial crisis of 2008 has been extremely slow in both absolute terms and relative to previous decades. But the model remains deadly dangerous.

Why a New Deal Is Not Enough

In light of the aforementioned reasons, many economists around the world, including Thomas Piketty, have been proposing the implementation of a new global deal on growth in the mould of Franklin D Roosevelt’s “New Deal” programmes during the 1930s.

The call for a New Deal has also been adopted by several political movements in Europe, and the United States including Bernie Sanders and many of his supporters.

Capitalism is a rather new, historical economic system that belongs to a certain era of humanity, which means that there is nothing to suggest that it will be around for ever.

The problem with this approach is that a new global deal is inevitably structured towards the goal of saving the existing economic system, not overcoming its ultimate contradictions and replacing it with a new socioeconomic order, which is what today’s world really needs.

Roosevelt’s New Deal, probably the greatest experiment of active state intervention under capitalism, saved many people’s lives, but did not even end the Great Depression.

What really ended the Great Depression in the US was the mobilisation of all economic resources to support the war effort.

Roosevelt’s New Deal did not advocate or promote economic democracy, nor did it seek to lay the basis for the emergence of a more rational socioeconomic order.

Indeed, when concerns about inflation and the federal deficit became widespread only a few years after the initiation of the New Deal programmes, the Roosevelt administration decided in 1937 to cut back on its economic stimulus, which caused the US economy to fall back into recession.

We Need a New Economic System

Unless we are willing to accept social disintegration, increased conflict and even wars as irreversible processes, and stand idly by while global warming caused by the logic of a fossil fuel-based economy destroys the planet, the existing system of neoliberal transnational corporate capitalism needs to be replaced by an economic order that is aligned with human interests and sustainable and balanced growth.

In actual practical terms, this means making a great shift away from the processes of constant capital accumulation, possessive individualism and economic globalisation.

It also means putting an end to the destructive practices of Western industrial extractive technologies and be respectful of the natural resources that sustain life.

Economic globalisation, which lies at the heart of the current economic system, is promoting a monoculture economy, and has devastating effects for the wellbeing of most communities in the global South and the environment alike.

Putting a halt to the current dynamics and contradiction of economic globalisation does not mean eliminating international trade. But what it does require is doing away with the neoliberal trade treaties, which have given global corporations and banks such immense wealth and power that they can promote their own interests without concern for democracy, workers’ rights and sustainability.

As such, we need to rethink terms such as development, growth and progress.

In this case, a revolution in consciousness is mandatory in order for a great shift to occur in the way the global economy works and the future we want.

Capitalism is a rather new, historical economic system that belongs to a certain era of humanity, which means that there is nothing to suggest that it will be around for ever.

The new economic system should be based on localised forms of industry, finance, participatory democracy, and the use of technologies which are congruent with community needs for the production and distribution of food in order to eradicate poverty and hunger and provide sustainable livelihoods.

This revolution in consciousness is already under way and it has been embraced by millions of people throughout the developed and developing world, particularly among urban youth, and could soon become the newest political and social movement to emerge as the old system is dying and a new one is struggling to be born.

CJ Polychroniou is a political economist/political scientist who has taught and worked for many years in universities and research centres in Europe and the United States.