Hurricane Matthew in Haiti: Looking Beyond the Disaster Narrative 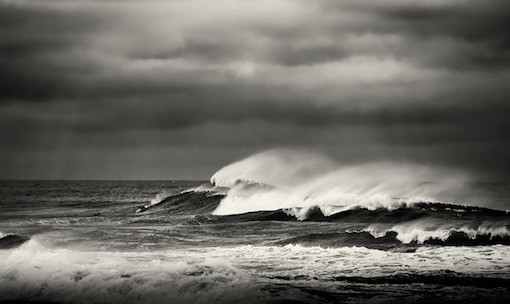 6 Oct 2016 – Well-meaning people have either emailed or texted me over the past couple of days, with some variant of “how are things going in Haiti?”

Short of people’s prayers, and the question, “is everyone you know ok?” How indeed to respond?

Hurricane Matthew is a Category 4, meaning that winds are gusting at 145 miles per hour. This is the first category 4 since 1954, Hurricane Hazel, which introduced nongovernmental organizations (NGOs) to Haiti.

Aside from random notes trickling in here or there, the coverage has been minimal. This is in direct contrast to the earthquake that rocked the country on January 12, 2010.

Anthropologist Gina Athena Ulysse has inspired a generation of scholars, challenging us with a deceptively simple call: “Haiti needs new narratives.” The coverage of this storm is an urgent case for why.

Disaster aid is faciliated by media coverage. An article in Disasters demonstrated a correlation in the amount of seconds allocated on prime time news to a particular disaster and the generosity of the response. However, the Haiti earthquake’s high media profile – and the generosity it inspired – came at a price. With stories of devastation, appearing to many foreign observers as hell on earth with phrases like “state failure” often repeated, foreign media coverage also naturalized foreign control of the response.

The media coverage – then and now – highlights the importance of what can be called “disaster narratives.” What is covered, what is not, who is hailed as a hero, whose efforts are ignored, shape the results. I detail this connection in a just-published book chapter.

The story is still unfolding. As I write this Tuesday night the category 4 storm is leisurely moving north, still dumping rain on an already fragile environment. So we won’t know for quite some time the full extent of the damage.

Coastal cities in the southern peninsula, including the largest cities, state capitals Les Cayes and Jéremie, are under water. The main road connecting the peninsula to the rest of the country has been blocked as the bridge in Petit Goâve has been destroyed by the torrent.

The centralization of political and economic power in Port-au-Prince that began under the 1915 U.S. Occupation and accelerated with neoliberal economic policies imposed by the U.S. Government, multilateral agencies such as the World Bank and International Monetary Fund (IMF) and others renders getting relief much more difficult.

Once-thriving ports and regional economies, these secondary cities are now dependent on the road to the capital for almost everything. The province of Grand’Anse, with Jéremie as its capital city, is particularly isolated. Its primary economic lifeline, accelerated as the asphalt road has been advancing in the past several years, is charcoal.

Paradoxically because of its isolation, the Grand’Anse has noticeably more trees than other provinces. But this is changing: commentators from all across Grand’Anse have commented on the connection between this road and an uptick in charcoal production. Anthropologist Andrew Tarter is collecting quantitative data on charcoal.

The cutting of trees for charcoal production has rendered Haiti much more vulnerable to extreme weather events. The photos of the deep brown deluge testify to the topsoil being washed away, that would have been otherwise protected by tree roots.

Washing along with the soil is this season’s crops. This summer many breathed a measured sigh of relief as an almost two-year drought ended. These hopes were washed away with the downpour, representing not only food to feed Haiti’s exponentially growing urban population in competition with cheaper, subsidized imports, but the cash to send rural children to school. The high cost of education, and that it comes at once, is a major trigger for individual families producing charcoal in the first place.

With water everywhere in the photos it is easy to forget that clean, safe, drinking water will be an urgent priority in Haiti, still battling cholera brought to the island nation six years ago this month by U.N. troops. While finally apologizing for the disease that killed over 9,000 in five years, the U.N. has evaded responsibility for reparations.

These longer-term impacts are unfortunately not a part of the story. Frankly I would be surprised if news outlets will be talking much about the storm at all after tomorrow, as the focus is on Matthew’s impact on U.S. coastal areas. The governors of Florida and North Carolina have declared a state of emergency, issuing evacuation orders. Given the juxtaposition in this several-second media blips, one might well be wondering: why can’t Haiti do that?

The short answer is: they most certainly tried.

The Miami Herald’s Jacqueline Charles discussed the efforts of the elected mayor of seaside Cité Soleil trying to offer relocation assistance. Other local mayors refused, except for Pétion-Ville, offering emergency shelter for 200 residents (the request was 10,000). This is among the only accounts of Haitian people, particularly elected officials, doing something.

Given the fragile state of infrastructure and communications, local Haitian governments, the Civil Protection Department (DPC in the original French), have been doing an admirable job of moving people out of the most danger. Residents of Île-à-Vache were moved to Les Cayes, only to be doubly displaced by the deluge. In Abricots, an hour and a half from Jéremie via a very difficult and rocky road, moved residents up the hill.

While we outside of Haiti may not be told, grassroots organizations are doing an admirable job. In Cité Soleil, Konbit Solèy Leve has offered emergency assistance and Sakala, shelter. Peasants associations in Camp Perrin and all over the South province are welcoming people from Les Cayes, down the hill.

These patchwork efforts highlight the limitations, particularly lack of resources. Charles reported that the Cité Soleil government was bankrupt. The communication and logistics necessary for evacuation, emergency shelter, and life-saving food and water, are straining Haiti’s already fragile economy.

And yes, there are still people living in what used to be called “camps.” Given official pressure to reduce the statistic, tens of thousands of people living in Karade are not “internally displaced persons” since Karade is now a “village.” Not two weeks ago, residents were newly threatened with violence in an effort to force them to leave.

I hesitate to write this given how Haiti has been politicized in the most cynical way by a candidate who has expressed his hostility to immigrants and black people generally, but frankly, Haiti was not “built back better” by the $16 billion relief effort to the 2010 earthquake, as UN Special Envoy Bill Clinton cheerfully promised.

So, what now? Right after the earthquake I posted a blog on Common Dreams offering suggestions, which basically boil down to support local efforts, initiatives, ideas, and organizations.

Many people, including Haitian scholars, journalists, and social movements, have taken stock of the lessons learned from the humanitarian aftershocks. Among them include:

The storm will leave, the flood waters recede. I hope the world’s attention span will last at least a little longer, so that we will finally apply lessons at least Haitian people learned.