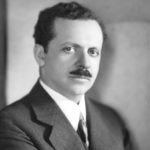 3 Feb 2017 – In 1929, Edward Bernays, Sigmund Freud’s nephew, U.S./CIA war and coup propagandist, and the founder of public relations, conducted a successful mind-manipulation experiment for the tobacco industry.  In those days there was a taboo against women smoking in public, and Bernays was hired to change that.  He consulted a psychiatrist, A. A. Brill, who told him that cigarettes represented the penis and were a symbol of male power.  If women could be tricked into smoking, then they would unconsciously think they “had” their own penises and feel more powerful.  It was irrational, of course, but it worked. Bernays had, in his words, “engineered the consent” of women through symbolic prestidigitation.  The age of the image was launched.

He did this by having a group of women hide cigarettes under their clothes at a Big Easter parade in New York.  At a signal from Bernays, they took out and lit up what he called “torches of freedom” (based on the Statue of Liberty).  The press had been notified in advance and dutifully photographed and reported the story.  The New York Times headline for April Fool’s Day 1929 was entitled “Group of Girls Puff at Cigarettes as a Gesture of Freedom.”  This fake news story made cigarettes socially acceptable for women, and sales and advertising to them increased dramatically.  The institutional power structures smiled and continued on their merry way.  Women were no freer or more powerful, but they felt they were.  A symbolic taboo was breached as women were bamboozled.  Image triumphed over reality. 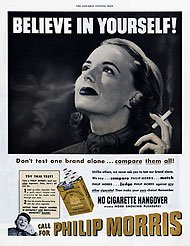 We have moved on from the symbol of the penis to that of the “pussy,” and now the symbol is displayed openly as an ironic postmodern spectacle in the form of a sea of pussyhats.

And the fake news stories continue apace; the mind manipulators labor on and are still successful.

Genitalia remain the rage.  In the 1920s there was no overt talk of the penis; the idea then was that there was an unconscious association that could sway women to smoke.  Today subtlety is gone.  “Pussy” power is out there, cutely symbolized by pink pussyhats, promoted by a group called the Pussyhat Project that on its website praises the Washington Post and the New York Times for their “high quality journalism” and “integrity.”  “In the midst of fake news sites,” the Pussyhat Project claims, “we need high quality journalism more than ever….newspapers that have integrity….[that] can continue reporting the truth” – i.e. the Times and the Post. 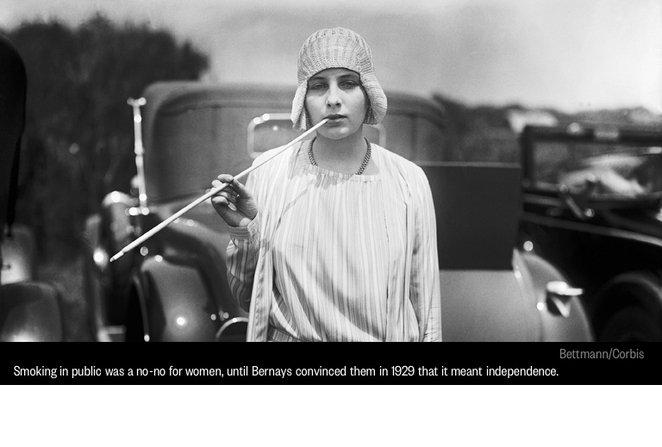 By “truth” and “integrity” do the women running the site mean that the Russians are behind Trump’s election, Iraq had weapons of mass destruction, and there are 200 or so alternative websites that repeat Russian propaganda, a few of the lies reported by these papers of “integrity”?  Or do the Pussyhat women have something else in mind?

Most women demonstrators who marched against Trump were no doubt well intentioned within their limited perspective.  At the call of organizers, they were roused from their long liberal naps.  Reacting to Trump’s gross comments about “grabbing pussy” – sick words, macho aggressive in their meaning – they donned their pink hats, made signs, and took their newly awakened outrage to the streets.  Rightly disgusted by being verbally assaulted and afraid that their reproductive rights and services were threatened, they pounced like tigers on their verbal attacker.  Massive, very well organized, media friendly marches and demonstrations followed.  It was a hit parade.

Yet as others have forcefully written, something is amiss here. During the Obama years of endless wars, drone killings, the jailing of whistleblowers, including Chelsea Manning, etc., these demonstrators were silent and off the streets.   A large number of the women (if not the vast majority) who marched against Donald Trump – and the recent women’s marches can only be described as anti-Trump marches – were Hilary Clinton supporters, whether they would describe their votes as “the lesser of two evils” or not.  Thus, opposition to Trump’s aggressive statements toward “pussy” was implicit support for Clinton’s and Obama’s “feminism.”  In other words, it was support for a man and a woman who didn’t publicly talk aggressively about women’s genitals, but committed misogynist and misandrist actions by killing  thousands of women (and men and children) all over the world, and doing it with phallic shaped weapons.  Trump will probably follow suit, but that possibility was not the impetus for the marches.  The marches centered on Trump’s misogynist, macho language, and his threats to limit women’s access to health services – i.e. family planning and abortion. 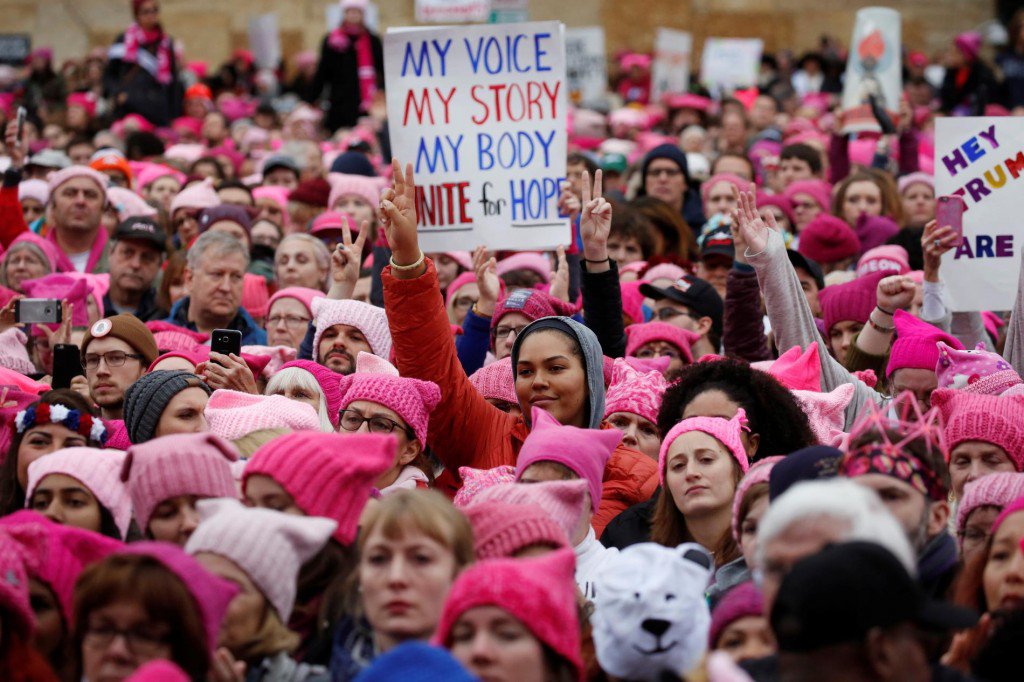 Since the women who recently marched didn’t march against Obama and his Secretary of State Clinton while they slaughtered foreigners (others) and Clinton exulted at the sodomized killing of Muammar Gaddafi, it is quite clear the focus of their anger was a sense of personal outrage at Trump’s insulting remarks.

Where were they these last eight years?

“They were asleep. Weren’t they?  Because liberals always sleep when their man is in office, particularly if their man is a smooth-talking cosmopolitan snake-charmer like Obama who croons about personal freedom and democracy while unleashing the most unspeakable violence on civilians across the Middle East and Central Asia….No one seems to care when an articulate bi-racial mandarin kills most people of color, but when a brash and outspoken real estate magnate takes over the reigns of power, then ‘watch out’ because here comes the protesters, all three million of them!”

Obviously partisan politics, self-interest, hypocrisy, and incredible ethnocentrism are involved. Would women’s marches have occurred if Hillary Clinton had been elected?  Of course not.  She would have been applauded and regaled as the first woman president, and her war-mongering history against women and men would have been excused and supported into the future, just as Obama’s has been.

“Hands off my pussy.”  “My pussy bites back.”  These are funny repartees to Trump’s comments, but they are totally ineffectual and harmless.  Trump’s objectives are larger, as were Obama’s and Clinton’s.  Symbolic protests attract attention, but result in the stasis of structural power arrangements, or worse.   Edward Bernays’  “torches of freedom” campaign resulted in more women smoking, more disease, and more profits for the tobacco companies.  He preyed on the gullible.  What was learned?

The Pussyhat Project resulted in a sea of pink adorned women and made for colorful images.  Images, Daniel Boorstin wrote in his prescient 1960 book, The Image , were the future.  That future is now.  The language of images is everywhere, and it is tied to what Boorstin termed “pseudo-events” and our “demand for the illusions with which we deceive ourselves.”

Symbolically wearing your genitals on your head is surely an arresting image, but it is misplaced and duplicitous when one has not opposed the systematic brutality of the American empire’s ravaging around the world under Obama and Clinton.

Boorstin argued that this world of images would displace our ability to think clearly and understand the ways we were being manipulated.  An image, he said, was “synthetic, believable, passive, vivid, simplified, and ambiguous.”  Contrived and appealing to the senses – there are no pink pussycats as far as I know – they side-step thought and cannot, strictly speaking, be unmasked.  “An image, like any other pseudo-event, becomes all the more interesting with our every effort to debunk it.”  The contrivance of the image and our knowledge of its ingenuity – e.g. pussyhats – convince us that we are smart to be taken in, even when we’re not.  It’s interesting to note that the word image (Latin, imago) is related to the word imitate (Latin, imatari).  It’s as though certain images can serve as mirrors (“to mirror” being cognate with “to imitate”) in which we can see and mimic ourselves, “though we like to pretend we are seeing someone else.”  And seeing our images in the images, we can imitate ourselves in an endless cycle of self-love and navel gazing.  Selfie culture has triumphed.  The society of the spectacle marches on.

The focus on genital imagery is a reflection of American narcissism, an inward gazing, while out “there,” others are being slaughtered by our masters of war.  This is the start of a pink color revolution.

Edward Curtin is a writer whose work has appeared widely.  He teaches sociology at Massachusetts College of Liberal Arts. His website is http://edwardcurtin.com/