Oslo, February 26, 2017 – Donald Trump has promised to repair America´s infrastructure and to lower taxes. We all know this is undoable, and yet – it could be done. Trump has one way to raise the required funds, and create a safer world in the bargain: talk with Russia on a global initiative for co-operation and disarmament and then get China to join. Astronomic funds would become available to meet the needs of nations and citizens everywhere. Seeing the advantages ought to get all other nations on board. All nations, all weapons, big and small; the paradox is that this will prove easier than step-by-step approaches.

Some of my most stimulating and interesting contacts during 35 years working for peace and disarmament have been with (ex) secret service operatives. Just two weeks ago an article in Defence and Intelligence Norway, the Editor-in-Chief, Jan H. Kalvik, published “Intelligence & the Nobel Peace Prize.” His commentary offers four critical observations, but also demonstrates some common misconceptions. I have studied the Nobel Peace Prize for over 9 years and I find surprisingly much to agree with — my comments slightly correct and add emphasis to his important contribution to public reflection on the purpose and value of the Nobel Peace Prize.

His first recommendation hits right at the core problem: The Committee must “adhere to the terms of the will” or “obtain some form of legally valid expansion.” But, how to interpret the terms? Answer: You shall not study the “criteria”, but what Nobel had in mind signing his testament in November 1895. To determine the content of the prize requires extensive study; of the person Nobel, the story behind the will, his own language habits, his possible explanations to witnesses, etc. The prize has been awarded since 1901 without a legal analysis – before I wrote my book (now in 6 languages).

An example of a piece of evidence helpful to understand Nobel´s intention is this: In the same week as he signed the will Nobel tried to buy Aftonbladet, a liberal newspaper in Stockholm – because he wished “to end militarism and other relics from Medieval times,” as he wrote to a nephew. In the will he used the term “the prize for the champions of peace,” and the correspondence with Bertha von Suttner, the great peace movement leader of the period, shows that it was her political ideas and political friends he wished to support – abolishing weapons and warriors as the tool to get an end to war.

This means that almost all statesmen and generals who have received Nobel honors from the Oslo committee have been — considering the actual intention of Alfred Nobel — illegitimate winners. But a high official is not automatically excluded. People can change. For example, Lee Butler, four-star general in charge of all US nuclear arms, realized that there was no way that the strategies could mean security and make sense. His work on their abolition could have gained him a legitimate Nobel Peace Prize.

In South Africa under Apartheid the intelligence service saw that change would come, and they took an initiative to end the violence and suffering the sooner the better. “Power works in mysterious ways,” said Nelson Mandela. My favorite image of this complexity is the scene in his autobiography where Mandela, still a prisoner, has been taken to a first, extremely clandestine, meeting at the Prime Minister´s home and is waiting outside the door of «the Crocodile.» The other person, waiting with him, is the Chief of intelligence who discovers that Mandela´s shoelaces are untied – he had spent 24 years in prison without shoelaces. The spymaster kneels down to help tie the shoes of the prisoner.

The end of apartheid is not about global demilitarization, not directly, but the initiative of the RSA intelligence sector could serve as inspiration to realizing Nobel´s idea by showing what the world can achieve with non-violence and co-operation. The Nobel prize awarders should always focus first on Nobel´s goal and then explain the candidates and their work for the Nobel vision of peace by peaceful, non-military, means. Both Trump and Putin seem to have been nominated for the 2017 Nobel Peace Prize. With their present policies both are far from suited to win. Should they, however, decide to change course, cut the Gordian knot and take a serious initiative for the global disarmament Nobel intended to support, they would become well qualified to win.

Editor Kalvik mentions a change of the rules, but this requires that there are no longer any recipients that fit the purpose; and obtaining a legal permit for a new purpose which must be as close as possible to the original idea. There are still plenty of Nobel´s intended recipients around, and no basis for permutation.

Peace Prize secret – its secrets are no longer secret

Second, I fully agree with Kalvik, “the Committee should [seek an] end to the secrecy that surrounds the nominations.” It will enhance interest and an open and fair discussion of the prize, its purpose, and the candidates will also be a tool to secure quality; and – not least – it will be possible to hold the committee accountable for misuse of its mandate. The latter in my view is urgently needed, and – I trust you can keep a secret – the 50 years total secrecy around the selection process is broken. The Nobel Peace Prize Watch has screened all known, valid and relevant nominations, and published 34 qualified candidates and full texts on its website: nobelwill.org.

Third point of Kalvik, “the Committee must do a much better job of soliciting nominations …. There should be thousands of nominations, not a few hundred.” Again, he is right. The Nobel Institute should engage in active monitoring of the peace field to secure the best candidates; that was actually what it was established to do.

The committee has lost its two best kept secrets. First, the actual, anti-militarist purpose of the prize is now commonly known; second, the committee´s shield, for 50 years has now been taken away. Everyone can read full information on the valid candidates for 2017, with full nomination texts, on nobelwill.org.

Fourth proposal from Kalvik, he feels a prize should be “awarded for local to global scale information and intelligence endeavors – for … peacekeeping intelligence that empowers the peace-loving public while constraining war-mongering banks and governments.” The former CIA officer (spy) Robert Steele is recommended on such grounds by Kalvik. Whether or not Steele has been properly nominated, the Nobel committee will have ample chances to consider Kalvik’s idea in 2017. Among the qualified candidates on the NPPW website are whistleblowers who have alerted the world to the dangers of militarism: Kathryn Bolkovac, Daniel Ellsberg, Chelsea Manning, Edward Snowden, all of them from the USA.

I am, indeed, convinced that good intelligence people can see the exorbitant cost and increasingly lethal danger of today´s security thinking. They can also see — and explain to decision-makers at the national level — that peace can only be built by peaceful means, that security by military means is illusory. Understanding that co-operation and disarmament has to replace arms races, they should hurry to tell decision-makers of the mandatory urgency and wisdom of Nobel´s plan for peace. “If God had wished us to live in peace he would have given us brains.” Or, if you wish, intelligent intelligence. 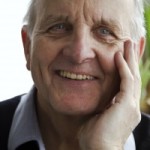 Anticopyright: Editorials and articles originated on TMS may be freely reprinted, disseminated, translated and used as background material, provided an acknowledgement and link to the source, TMS: Trump–Putin Could Rescue the World Taking the Advice of Alfred Nobel, is included. Thank you.