23 Feb 2017 – The available data is enough for the United Nations to literally declare war on oceans plastic: more than 8 million tonnes of leaks into their waters each year – equal to dumping a garbage truck of plastic every minute, wreaking havoc on marine wildlife, fisheries and tourism, and costing at least 8 billion dollars in damage to marine ecosystems.

In fact, the Nairobi-based United Nations Environment Programme (UNEP) on February 23 launched an unprecedented global campaign to eliminate major sources of marine litter: micro-plastics in cosmetics and the excessive, wasteful usage of single-use plastic by the year 2022.

Launched at the Economist World Ocean Summit in Bali, the #CleanSeas campaign urges governments to pass plastic reduction policies; targeting industry to minimize plastic packaging and redesign products; and calling on consumers to change their throwaway habits – before irreversible damage is done to the seas.

Erik Solheim, UNEP’s Executive Director, said, “It is past time that we tackle the plastic problem that blights our oceans. Plastic pollution is surfing onto Indonesian beaches, settling onto the ocean floor at the North Pole, and rising through the food chain onto our dinner tables. We’ve stood by too long as the problem has gotten worse. It must stop.” 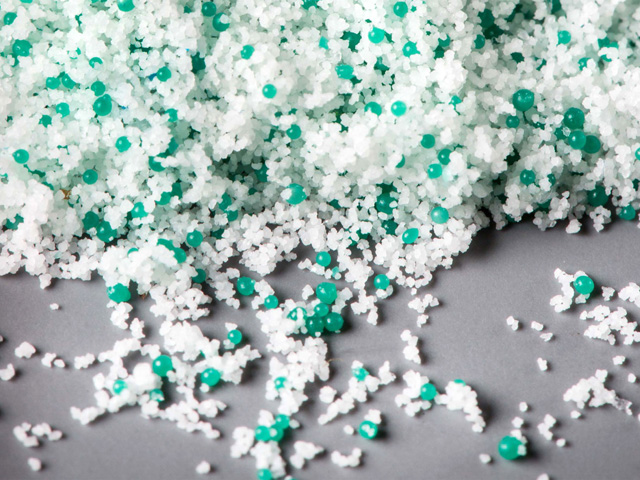 In bathroom shelves across the world lie toothpaste and facial scrubs packed with tiny plastic pieces that threaten marine life. Up to 51 trillion microplastic particles are already in our oceans! Credit: UNEP

Throughout the year, the #CleanSeas campaign will be announcing ambitious measures by countries and businesses to eliminate micro-plastics from personal care products, ban or tax single-use bags, and dramatically reduce other disposable plastic items.

The #CleanSeas campaign is a global movement targeting governments, industry and consumers to urgently reduce the production and excessive use of plastic that is polluting the earth’s oceans, damaging marine life and threatening human health.

“We don’t need to invent or negotiate something new; we just need to have action to implement what we already agreed upon.”
– – Isabella Lovin, Deputy Prime Minister of Sweden

The UN environment body aims to transform all spheres of change –habits, practices, standards and policies around the globe to dramatically reduce marine litter and the harm it causes.

Pledges to Turn the Plastic Tide

Indonesia has committed to slash its marine litter by a massive 70 per cent by 2025; Uruguay will tax single-use plastic bags later this year. Costa Rica will take measures to dramatically reduce single-use plastic through better waste management and education.

And Vidar Helgesen, Minister of Climate and the Environment of Norway, said: “Keeping our seas clean and our marine life safe from plastic is a matter of urgency for Norway. Marine plastic litter is a rapidly increasing threat to marine life, seafood safety and negatively affects the lives of people in coastal areas all around the world. Our oceans cannot wait any longer.”

According to estimates, at the rate we are dumping items such as plastic bottles, bags and cups after a single use, by 2050 oceans will carry more plastic than fish and an estimated 99 per cent of seabirds will have ingested plastic. 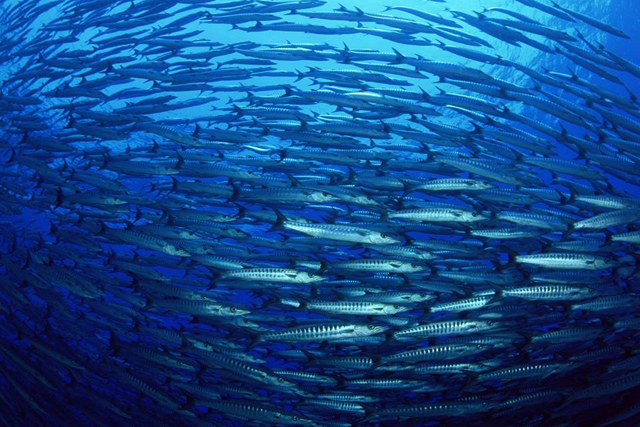 Healthy oceans have a central role to play in solving one of the biggest problems of the 21st century – how to feed 9 billion people by 2050. Credit: FAO

Major announcements are expected during The Ocean Conference in New York at the UN Headquarters 5 – 9 June, and the December UN Environment Assembly in Nairobi, Kenya.

“No Need to Invent or Negotiate Something New…” – Sweden

In addition to the 8 million tons of plastic dumped each ears in the waters, oceans are also victims of overfishing, acidification and increasing global water temperatures linked to climate change.

The United Nations on 15 February held a two-day meeting in its headquarters in New York, to prepare for an Ocean Conference in June this year, which will aim “to help safeguard the planet’s oceans and help them recover from human-induced problems.“

On this, the deputy prime minister and climate minister of Sweden, Isabella Lövin, said in a video log on Twitter that the Conference could be a “chance of a lifetime” to save the oceans under enormous stress.

Most likely reflecting the general feeling of most scientists, environmentalists and civil society organisations, Lövin said “We don’t need to invent or negotiate something new, we just need to have action to implement what we already agreed upon.”

Lövin was referring to the expected ‘Call to Action’ that will result from the Conference in connection with stopping illegal fishing, stopping marine pollution and addressing the special circumstances of small island developing States.

“The World Going in the Totally Wrong Direction”

In an interview to IPS UN Bureau, Lövin said the world is going “in the totally wrong direction,” when it comes to achieving the goal of sustainable oceans and life below water.

“If you look at the trends right now, you see more and more overfishing, we are seeing more and more pollution, plastic litter coming into our oceans, and we’re also seeing all the stress that the ocean is under due to climate change, acidification of the water, but also the warming and sea level rises and all of this is putting a tremendous, tremendous pressure on our oceans,” Lövin explained.

During the New York meeting, the UN has called for voluntary commitments to implement Goal 14 and on February 15 launched an online commitment registry, which has its first three commitments – the Swedish Government, the UN Environment Programme, and Peaceboat, a non-governmental organisation.

The site will be up through the end of the Conference, which starts on World Environment Day, marked annually on 5 June, and includes 8 June, celebrated as World Oceans Day.

The voluntary commitments “underscore the urgency for action and for solutions,” said Under-Secretary-General Wu Hongbo, who heads the UN Department for Economic and Social Affairs and serves as the Secretary-General of the Conference.