Where We Drill, We Spill: Commemorating Exxon Valdez 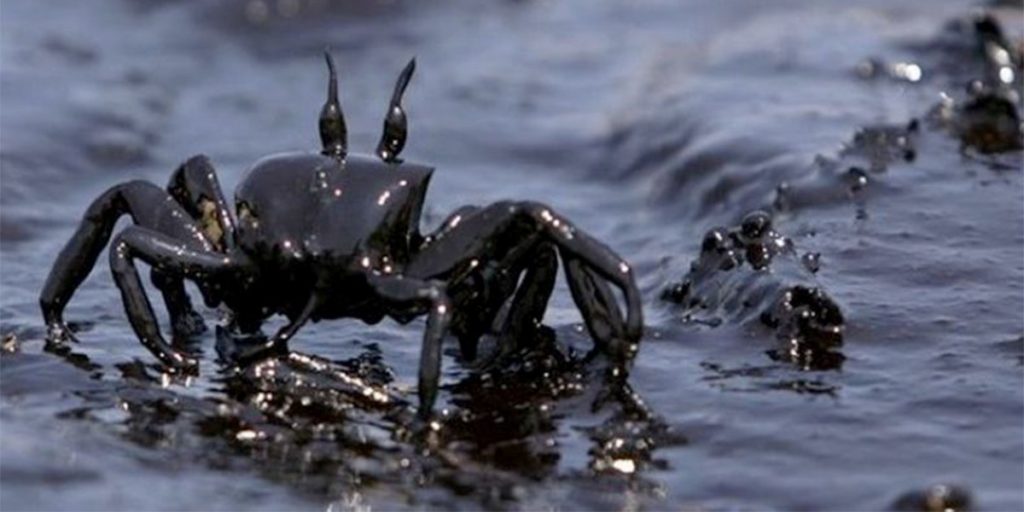 24 Mar 2017 – Twenty eight years ago today the world experienced a massive wake-up call on the hazards and harms of oil spills when the Exxon Valdez oil tanker split open and poured oil into Alaskan waters.

At the time, images of oil coated wildlife and a devastated ecosystem in one of the world’s most delicate, iconic and majestic environments drew global attention. Today, oil still lurks under the surface of Prince William Sound, impairing wildlife and human lives.

Gulf communities are still trying to recover from this devastating blow to local economies and human health. Years of legal challenge and delay by the oil industry meant those least able to absorb the blow to their way of life abandoned and foundering.

In the aftermath of the BP disaster, a non-partisan, blue ribbon commission was established to provide recommendations to mitigate the risk of future events, providing hope to communities already exposed to oil drilling that finally their voices would be heard.

Despite these consensus proposals, adequate safety reforms have never been formulated, let alone implemented and even the progress that has been made is at risk.

As I write, crude oil is flowing into the Mississippi and a gas leak in Alaska’s Cook Inlet is ongoing—and has been for more than three months. Sea ice is making repairs impossible, underscoring again the unique challenges of oil and gas exploration in Alaska’s frozen and tumultuous waters.

But it’s not just the major, headline dominating spills that are degrading our environment and impacting human health. Wired reported in December that there are about 30,000 oil spills per year in U.S. waters, most of which are in the Gulf of Mexico. It’s being killed, literally, by a thousand cuts. Nor are spills the only concern. Ongoing operations produce other pollutants, including toxic metals and carcinogens, that are dumped into the ocean. A toxic mix of metals, fluids and other drilling bi-products harm marine ecosystems and are suspected in increasing mercury levels in some fish populations. To say nothing of the infrastructure development that can rip apart habitats and the industries that rely on them.

Adding insult to injury, the agencies responsible for managing our publicly owned ocean resources have been identified by the Government Accountability Office as “high risk.” The Government Accountability Office is a nonpartisan “congressional watchdog” that seeks to identify performance issues and inefficiencies in the federal government. Its high risk designation, granted to the Bureau of Safety and Environmental Enforcement in 2016, indicates that the agency charged with limiting offshore oil spills is not doing its job effectively. Just this week, in fact, the Government Accountability Office released a report expanding on its findings about the Bureau of Safety and Environmental Enforcement. And the House Oversight committee held a hearing on oil well safety, which focused on that report and further exposed the lack of meaningful safety measures as well as the Bureau of Safety and Environmental Enforcement’s significant lack of staffing and resources.

Fortunately, at the close of the previous administration, bold actions were taken to preserve and protect large swaths of our Arctic and Atlantic oceans from future oil disasters. These decisions came in direct response to the broad and unwavering call from all corners of the country to stop the expansion of oil drilling into these public waters and recognized that the rapid growth of clean energy means there is simply no need to expose our still oil-free beaches, local economies and climate to the inherent harms of offshore drilling.

This victory is something that should be built on. Yet the Trump administration’s oil cabinet and its allies in Congress have instead launched a systematic attack to do precisely the opposite, opening the door for these vital oceans owned by all American’s to be sold and exploited at the behest of select private oil companies.

The very first piece of legislation signed by President Trump was a gift to Exxon and global despots, designed to make it easier for oil, gas and coal companies to bribe foreign governments without accountability.

The Trump “starvation” budget would axe funding to the already beleaguered and under resourced agencies tasked with managing oil drilling safety risks, effectively taking what few cops are left off the beat.

And to complete the package, legislation is being proposed in the House and Senate that would open the door to a radical expansion of offshore drilling. One proposal would overturn recently finalized drilling safety standards specifically designed to meet recommendations made by the Oil Spill Commission.

Draft legislation being circulated by Rep. Bratt (R-VA) and another bill introduced by Sen. Cassidy (R-LA) would remove current permanent protections in the Arctic Ocean, along the Atlantic coast and in Alaska’s Bristol Bay, bar any future President from providing such protections and gut the underlying law that ensures public input into how public resources are utilized.

Extreme by any measure, these legislative proposals should be rejected, even by those who do not oppose offshore drilling. It is simply unconscionable to discount the documented safety, environmental and health risks that come with offshore drilling and to put in place a system designed to exclude the coastal residents most in harm’s way, flout the science of climate change and flatly reject the basic principles of responsible management of our public lands and oceans.

Fortunately, across the country millions of concerned citizens, communities, businesses and local residents are ready to stand strong against this attempt to rob future generations of our pristine beaches, healthy oceans and a stable climate.

Urge your Members of Congress to oppose Big Oil’s plan to bring Big Spills back to our beaches. Ask them to instead cosponsor legislation to protect our oceans, communities and climate. You can reach your Representative and Senators through the Capitol switchboard, at (202) 224-3121.