The Phule-Ambedkar Tradition: Working for Social Uplift in India

17 Apr 2017 – Many sections of contemporary India face injustice, victimization and inequalities, especially the economically poor. In addition, Dalits or the lower castes face social and economic discrimination. Similarly, the tribal populations (Adivasis) face not only poverty and oppression but also displacement from their homes and villages as a result of the various development activities going on – building of roads, railway lines, mining activities, construction of hospitals or dams etc which force them to be displaced from their homes. 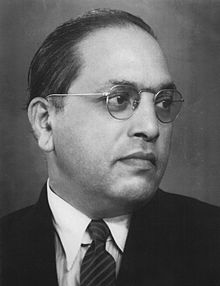 Although there are government policies for poverty alleviation and rehabilitation of both the Dalits as well as the Adivasis, the benefits of these policies do not reach these affected populations or if they do, they only reach small sections of these populations. On a positive note, we know that some well meaning and dedicated persons are troubled by the discrimination faced by the lower caste peoples and decide to do something to ameliorate their conditions.

Among the many stalwarts such as Gokhale and Bal Tilak that Maharashtra produced in the 19th and 20th centuries Jotirao Phule and B R Ambedkar stand out for their understanding of the problems of depressed classes of Indians (now known as Dalits) and the concerted efforts made by both for their emancipation and upliftment.  They not only wrote extensively on these issues but struggled and worked tirelessly to improve their lot. Their thrust was on making people aware of the discrimination faced by Dalits and emphasised the role of education towards this end. Both struggled for justice and equality of the oppressed peoples of India and are today recognised for their crusading spirit against the discrimination and victimisation suffered by them. Their determination and struggle is generally termed as The Phule-Ambedkar Tradition.

Although Jotirao Phule (1827-1890) and B R Ambedkar (1891-1956) lived in different times which are at least two generations apart, there are many similarities as well as some differences both in their lives and in their approach to the problem of untouchability that they struggled against. However, Phule today is known as a regional leader while Ambedkar enjoys national status. The house Ambedkar lived in London has been acquired by the Govt. of India and a memorial is to be established there. Several statues of Ambedkar have been built and centres about his life and work are running in various places in India. A library named after him has been instituted in Symbiosis College in Pune. Phule’s statues also adorn some regions of Maharashtra including an inspiring one in Pune University now renamed as Savitribai Phule University after Jotirao Phule’s wife.

Jotirao Phule studied only up to class X from a local Scottish Mission High School in 1847.  On the other hand, Ambedkar graduated from Bombay University and studied economics and obtained his Ph.D. degrees both from London School of Economics (1923) and Columbia University (1927). He also studied law and was called to the Bar by Gray’s Inn.

The educational backgrounds of the two are reflected in the fact that Phule wrote his books and representations and other propaganda material in Marathi language and Ambedkar in English. Phule’s family was largely illiterate but his grandfather and father prospered economically by selling flowers for weddings and other religious events. Since his father Govindrao served as a florist under the last of the Peshwa rulers in Poona, the family began to be called Phule and prospered economically and socially.

Jotirao saw oppression — social and economic that lower castes (called shudras or atishudras) faced regularly. He himself faced humiliation when he went to attend the marriage of a Brahmin friend of his. This led him to try to understand why these lower castes people were facing injustice and neglect and subsequently to work for their emancipation. Since his father was reasonably successful Jotirao did not face any financial difficulties. This and his love for education motivated him to establish a girls’ school in 1848 for the depressed classes – (present word is Dalit or Harijan as Gandhi called them). Jotirao first taught his wife and then both of them started teaching the children in this school.

His father Govindrao was unhappy with his son’s activities and afraid that this would cause social unrest in his upper caste community. He asked his son to leave his home.  Jotirao determined to continue his efforts for spreading education among the atishudras. Despite the opposition and threats to his life, he opened another school for all castes in 1851 and another in 1855 for working people. He also allowed the Dalits to take water from the water tank in his house despite the risk he was facing from the bhadralok (the upper castes). Another revolutionary action taken by him a few years later was his campaign for widow remarriage.

Jotirao continued with several other activities in line with his conviction of uplifting the Dalits. He wrote an essay Shivaji Powada, and another serious work against slavery called Gulamgiri in 1873. He established Satyashodak Samaj (Society for Seekers of Truth). He also stressed the importance of prohibition. But for Phule education was of prime importance. He firmly believed that education would lead to wisdom and enlightenment that is essential for bringing about social justice and equality especially for the downtrodden people including women.

For these efforts he was nominated to the Municipal Council of Poona in 1876. Considering that he had faced severe opposition to his activities for the promotion of welfare of the oppressed people, it was a grand gesture by the Poona Council to publicly confer on him the title of Mahatma in 1888. Not only was he working and agitating for values that Gandhi subsequently followed it is amazing that he also was conferred the same honor as Gandhi.

Jotirao’s health began to fail. But he continued writing; the last book that he wrote Sarvaajanik Satya Dharma Pustak (Book of True Faith) was published a year after his death in 1890.

What was Phule’s attitude towards the British rulers? He was strongly opposed to the behaviour of the Poona Brahmins towards the lower castes. In his own simplistic way based on his limited understanding of the British rule, Phule felt that the condition of Dalits under the British would be better since they could get job opportunities to work in factories and in the British army.  The economy was opening up in that period and many untouchables were able to escape the tyranny of the village by availing of these opportunities. They felt that their lives were less oppressive under British than under the local administration. Since Jotirao had studied under a Missionary school and felt that his ideas had developed as a result of his schooling, he felt that education was the best instrument for the emancipation of the lower castes.

B R Ambedkar had seen the oppression faced by the lower castes–the so called untouchables–first hand in his place of birth in Mhow in MP. He was aware of the struggles of Phule to bring about social justice and liberation of the oppressed masses of Maharashtra and was inspired by Phule’s writings on the subject. Subsequently he wrote extensively about the injustice and discrimination faced by the lower castes whom he called Dalits.

Being a good student Ambedkar did well in his studies and also received a scholarship to continue higher education both in India and abroad.

He returned to India although he got a few offers to stay on in England or USA after completing his doctoral theses from these universities.  Soon after his return in 1927 he started agitating against untouchability by public movements to allow the untouchables to use the common water wells and to draw water from the main water tank. He also led movements to allow these people to enter Hindu temples. The local pundits opposed this movement asserting that this was ordained by the ancient Hindu text Manusmriti, Ambedkar vehemently opposed the teaching of this text. He also criticized the philosophy of Hinduism through his prolific writings and speeches. He wrote a small booklet on this topic that clearly stated why he opposed Hinduism. According to him “India is still par excellence a land of idolatry. There is idolatry in religion and in politics. Heroes and hero worship is a hard if unfortunate fact in India’s political life. Hero worship is demoralizing for the devotee and dangerous for the country”.

Ambedkar started thinking of leaving this faith and converting to some other religion. He first thought of Sikhism but ultimately he along with his followers converted to Buddhism in Nagpur in October 1956. He finished writing a manuscript on the new faith The Buddha and His Dhamma but soon after that died in December 1956.

Like Phule, Ambedkar has also written several books and pamphlets on the issue of discrimination and injustice suffered by Dalits and other depressed peoples. One of his important books on the subject is Annihilation of Caste (1939). He also started  a society called Bahishkrit Hitkarini Sabha to propoagate his views and to bring about changes in peoples’ minds.

He stressed social freedom for Dalits and said “So long as you do not achieve social liberty, whatever freedom is provided by the law is of no avail to you.” The depressed classes are now divided into SCs (Dalits) and STs (Scheduled Tribes). These people have been provided many benefits by the Indian government including reservations in all elections and in education,

Father of the Constitution

Today Ambedkar enjoys a cult position in the Indian society by his unrelenting efforts at working for justice and respect for the Dalit community and by his forceful writing.  But more significant is the fact that he was Chairman of the drafting Committee of the Indian constitution that has through several articles provided legal framework for the benefit of the SCs and STs (Dalit community and the Scheduled tribes). Many people accord him the status of Father of the Constitution.Many Indian politicians and scholars openly adore him and his policies and have built several statues and memorials in his name. There are also a few universities named after him. He was posthumously awarded India’s highest civilian award of Bharat Ratna in 1990.

To conclude we can say that the Indian government understands what needs to be done for the emancipation and welfare of our large population in terms of meeting basic needs of food, shelter, education, healthcare, employment and has framed suitable laws and provisions towards this end. Despite the innumerable difficulties, our government is leaving no stone unturned in involving the cross section of our people, including our aspiring youth to come together for the benefit of all. In the words of our Prime Minister “Sabka saath, sabka vikas (One and all, development for all”.

Anticopyright: Editorials and articles originated on TMS may be freely reprinted, disseminated, translated and used as background material, provided an acknowledgement and link to the source, TMS: Bhimrao Ramji Ambedkar (14 Apr 1891 – 6 Dec 1956), is included. Thank you.