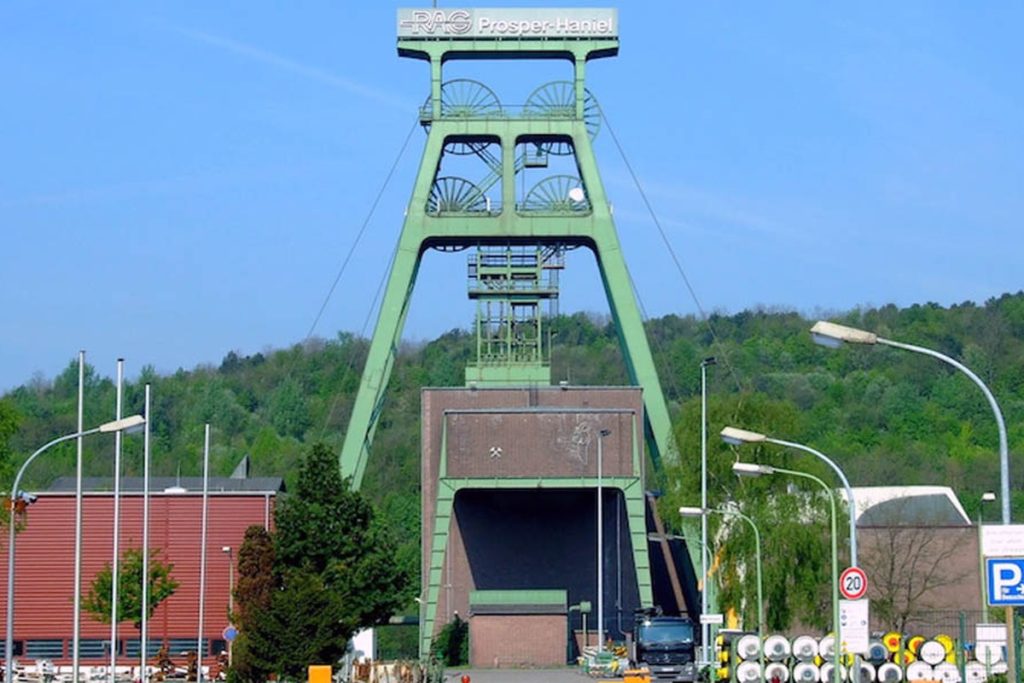 20 Mar 2017 – Germany is embarking on an innovative project to turn a hard coal mine into a giant battery that can store surplus solar and wind energy and release it when supplies are lean.

The Prosper-Haniel coal mine in the German state of North-Rhine Westphalia will be converted into a 200 megawatt pumped-storage hydroelectric reservoir that acts like a giant battery. The capacity is enough to power more than 400,000 homes, Governor Hannelore Kraft said, according to Bloomberg.

Founded in 1863, the Prosper-Haniel coal mine produces 3,000,000t/y of coal and is one of the few active coal mines remaining in Germany. But the mine is slated for closure in 2018, when federal subsidies for the industry dry up.

Kraft said that the miners in the town of Bottrop will remain employed at the site as it converts to its new function.

Pumped-storage facilities are not a new idea, as such systems are already in operation around the world. However, this is the first time that a coal mine will be used as part of the infrastructure. 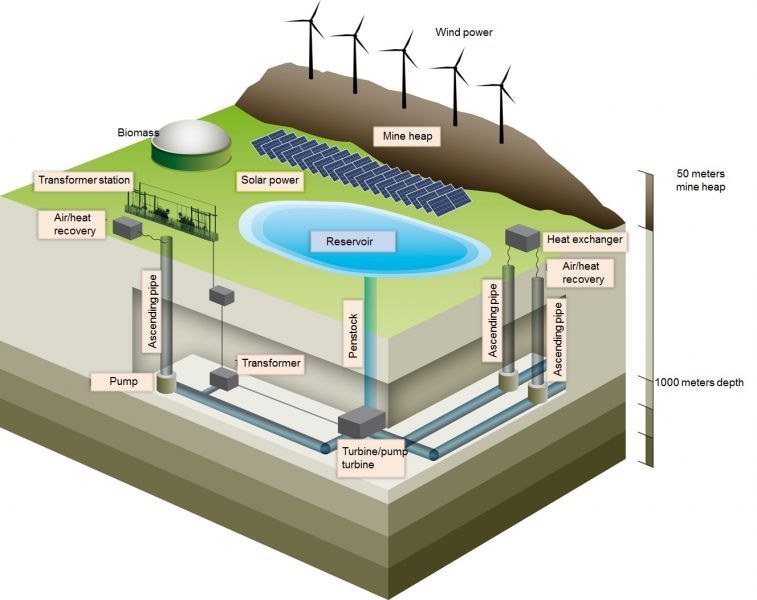 Engadget explained how such a facility would work:

Similar to a standard hydroelectric power plant, pumped hydroelectric storage stations generate power by releasing water from a reservoir through a turbine to a second reservoir at a lower altitude. Rather than releasing the outflow, however, the water is then stored in the lower reservoira until it can be pumped back up to the top reservoir using cheaper, off-peak power or another renewable energy source. In the case of the Prosper-Haniel plant, the lower reservoir will be made up of more than 16 miles of mine shafts that reach up to 4,000 feet (1,200 meters) deep. The station’s 200 megawatts of hydroelectric power would fit into a mix of biomass, solar and wind power. It’s not a perpetual motion machine, but the water stored in the surface reservoir will effectively act as as backup “battery” that could kick in and fill any gaps in the energy mix whenever the other sources fall short.

The country is well on track, as renewables supplied nearly 33 percent of German electricity in 2015, according to Agora Energiewende.

Germany has such an impressive renewable energy mix that last year, on a particularly windy and sunny day, so much power was generated that people were paid to use it.

This Country Generated So Much Renewable Energy It Paid People to Use It https://t.co/RV5DmoP9zu @FuturePowerGen @EnergyCollectiv

And while that’s good news for the environment and German consumers alike, renewable energy has a well known storage problem. The electricity produced by, say, wind turbines or solar panels must be used or else it’s lost. On the flip side, renewables might not be able to meet demand on cloudy days with no wind.

Batteries, working as pumped-storage facilities, are a promising solution to this problem, since they store excess renewable energy on productive days and discharge it during energy shortfalls.

“We have a very sympathetic ear” to sustainable and cost-effective storage, Governor Kraft said in a March 14 speech in Dusseldorf.

More mines could be converted into industrial-scale storage facilities as North-Rhine Westphalia seeks to double the share of renewables in its power mix to 30 percent by 2025, Kraft said.