Let’s Come to Our Senses on Nukes

3 Apr 2017 – President Trump, the tweeter-in-chief, famously used that platform to announce, “The United States must greatly strengthen and expand its nuclear capability until such time as the world comes to its senses regarding nukes.”

Actually, most of the world’s countries long ago came to their senses regarding nuclear arms, as only nine countries have chosen to deploy these horrific weapons. This week, the United Nations General Assembly began negotiations on a global treaty to ban nuclear weapons, similar to the agreements outlawing chemical and biological weapons. A second round of talks will be held from mid-June through early July, which could result in a treaty being signed by a large majority of the world’s nation-states.

These negotiations are somewhat curious, since the overwhelming majority of states are already prohibited from getting nukes, since 1970, by the Nuclear Nonproliferation Treaty (NPT). In return for foregoing nukes, the non-nuclear signatories expected the then five nuclear powers (the United States, Soviet Union/now Russia, United Kingdom, France and China) to live up to their end of the bargain to conduct good faith negotiations to abolish their arsenals, as agreed in the treaty’s Article 6, which they have not done. Subsequently, India, Pakistan, Israel and North Korea joined the nuclear club.

Many non-nuclear states see the NPT process, with review conferences at the UN every five years, to be an exasperating waste of time, hence the new push to negotiate a treaty to ban nukes. The thinking among leading proponents of the treaty, both governments and non-governmental organizations, is that nukes can be banned, stigmatized and even made illegal under international law before they are actually abolished. Predictably, the nuclear haves are not supporting the new effort.

As a matter of fact, all nine nuclear powers are going in the wrong direction, committing to decades long, multi-trillion dollar upgrades of their nuclear arsenals. The U.S. began its nuclear “modernization” program, which should properly be dubbed the New Nuclear Arms Race, under President Obama, and it will be soup to nuts – nuclear laboratories, storage facilities, warheads and bombs, missiles, planes and submarines. The projected price tag for all that is at least $1 trillion over 30 years, and if past experience holds, it will surely cost more, likely much more. These exorbitant expenditures will displace needed investments in feeding the poor, educating our children, building badly needed civilian infrastructure and addressing climate change.

Some Members of Congress advocate a different approach. U.S. Senator Ed Markey (D-MA) and U.S. Rep. Ted Lieu (D-CA) introduced a bill to prohibit any U.S. president from initiating a nuclear strike without a declaration of war from Congress. Senator Markey also introduced the SANE Act, to significantly curtail nuclear weapons spending, and Senator Al Franken (D-MN) has a resolution expressing opposition to nuclear weapons “modernization.” None of these measures are expected to become law any time soon, but offer an alternative to the dangerous business as usual approach, or worse, a global nuclear escalation.

Unless or until these and more sensible policies are enacted, U.S. foreign and military policies encourage nuclear proliferation, thus making America and the world less secure. Because of overwhelming U.S. conventional and nuclear superiority, combined with NATO’s eastward expansion and provocative missile defense deployments, which are properly seen by Russia as part of a first strike capability, not a defensive strategy, Russia is now more reliant on nukes for its defense. Similarly, North Korea’s ramping up of its nuclear weapons and missile programs, while regrettable, is perfectly logical, as it finds itself in a dangerous region brimming with nukes, and facing a hostile U.S./South Korea/Japan alliance whose military, economic and political might dwarfs that of North Korea. Recently, Obama Administration officials admitted they knew North Korea would keep, and in fact enhance, its nuclear and missile programs after the overthrow of Muammar Ghaddafi in Libya, who had voluntarily ditched his chemical and nuclear weapons, only to be ousted in U.S./NATO attacks that destabilized the country, creating yet another failed state in the Middle East.

Put even more starkly, on nukes and other regional and international policies emphasizing military might over diplomacy, aid and development, American tax dollars fund a U.S. foreign and military policy that makes America and the whole world less safe.

So one might reasonably ask the president, who has come to their senses on nukes, and who has not? Let’s cancel the New Nuclear Arms Race, challenge the other nuclear states to do likewise, and join the talks for a treaty to once and for all close the door on the folly of nuclear weaponry. 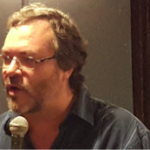 Kevin Martin, syndicated by PeaceVoice, is President of Peace Action, the country’s largest grassroots peace and disarmament organization with more than 200,000 supporters nationwide.

Anticopyright: Editorials and articles originated on TMS may be freely reprinted, disseminated, translated and used as background material, provided an acknowledgement and link to the source, TMS: Let’s Come to Our Senses on Nukes, is included. Thank you.